The 2018 Prince of Wales Prize recognizes the City of Westmount, Quebec for its sustained commitment to heritage conservation over time. A picturesque historic enclave bordering the downtown core of Montreal, Westmount owes its extraordinary beauty and cohesiveness to a long tradition of municipal leadership and a strong record of citizen engagement.

Celebrated for its distinctive streets, outstanding public parks, private gardens and architecture, the city is blessed with the work of many notable architects, including the Maxwell brothers, Percy Nobbs, Hutchison and Wood, J.O. Marchand and Mies van der Rohe.

Over generations, Westmount has employed a careful and methodical approach to protecting and enhancing its heritage qualities. Conservation by-laws have been championed and enforced by municipal leaders, integrated into the municipal construction guidelines, and enthusiastically supported by the city’s architectural review committee which celebrated 100 years of continuous operation in 2016. Since 1995, the city has identified 39 distinct character areas, and more than 4000 properties have been inventoried for their heritage significance. The Local Heritage Council, established by the City in 2016, has initiated forward-looking planning projects, including a heritage assessment of all the city’s houses of worship, in collaboration with each religious community.

The municipal government itself is the owner of a number of important historic places and is a careful and exemplary steward. Further, new construction is designed to minimize its impact on existing character, and on the environment: for example the 2014 LEED certified Westmount Recreation Centre – containing two hockey rinks and an outdoor pool – was built almost entirely underground in order to limit its visual impact on historic Westmount Park. Recognizing that heritage encompasses more than bricks and mortar, the City financially supports various cultural traditions, such as the lawn bowling club, military folklore, family day and horticultural activities.

In 2011, the Historic Sites and Monuments Board of Canada recognized the Westmount District as a National Historic Site, noting its rich abundance of the architectural styles and landscaped architectural trends that marked the period between 1890 and 1930, and the efforts of local citizens who, from the early 20th century onwards, sought to protect the diversity and historic integrity of the district’s built environment.

The 2018 Prince of Wales Prize recognizes the City of Westmount for its sustained commitment to heritage conservation over time, seen in the quality of its environment, its committed leadership and its highly engaged residents. 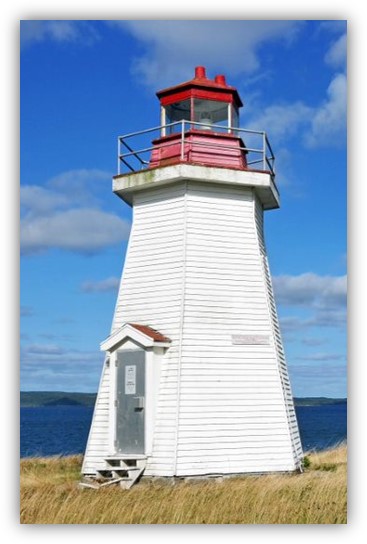 In 2015, Cape Breton’s historic Gabarus Lighthouse – a beloved local landmark – was in real danger of falling into...