February is Black History month in Canada, and across the country Canadians are sharing the stories of black community builders, advocates, and leaders. There are countless opportunities to learn about the breadth of black heritage in Canada, and interesting conversations happening around the world about black history and the need to highlight marginalized voices. The National Trust for Canada has reciprocal relationships with National Trusts around the world, including the UK, Scotland and Australia, Belgium, Germany, and Bermuda, to name a few. Here are how some of those international Trusts are recognizing Black History and the complicated legacies that change how stories are being told.

The United Kingdom undoubtedly has a complicated history of imperialism, exploitation, and racism that has literally spanned the globe over the last thousand years. The National Trust for England, Wales and Northern Ireland is Europe’s largest conservation charity, and recently celebrated 125 years of operation. They care for over 300 historic homes and buildings in the UK, as well as extensive coastlines, landscapes, collections of art and artifacts. In 2020 the Trust published a groundbreaking report: “Interim Report on Connections between Colonialism and Properties now in the Care of the National Trust, Including Links with Historic Slavery”. Data in the report includes the historic sources of wealth linked to the global slave trades, goods and products of enslaved labour and the East India Company for significant buildings and estates in their care.

The Trust’s decision to examine the links between their idyllic sites and the slave trade was not well received by an enraged minority in the UK. Right wing conservatives, including 26 Members of Parliament formally complained that the publicly funded charity overstepped its role as caretaker, to promote the “left-wing agendas of anti-whiteness”. Read some of the reactions here. This shocking reaction to a rigorous academic report has highlighted the need for black history education in the UK and the state of selective memory that still exists in reference to their own, well documented imperial history. The UK celebrates Black History Month in October, and the National Trust shared programming and stories from houses such as Penrhyn Castle pictured above. 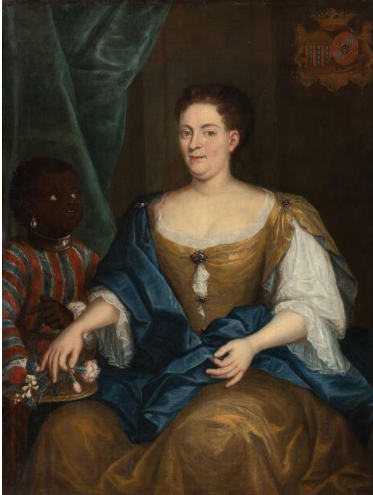 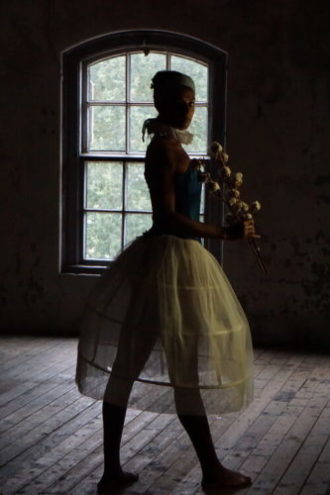 Dutch colonialism played a large part in the exploitation of Africa and the development of the trans-Atlantic slave trade. “Traces of Slavery Past” is a project by the Gelderland Trust which aims to visualize and preserve the region’s history of slavery especially during the period of Dutch colonization worldwide. Slavery was abolished there in 1863 yet traces still exist in many forms in society including in historic homes and collections as illustrated in the above Dutch painting from Cannenburch Castle. Nothing was known of the young black servant in the painting, but the Trust is chronicling the archival research into his story by the castle’s curator, in order to create more inclusive storytelling on site for visitors.

“Traces of Slavery Past” is a multifaceted project including interviews with both descendants of slaves and descendants of plantation owners, workshops on how to trace the lineages of slavery, and public performances which show the current reverberations of the dark side of Dutch prosperity. “Radiant Shadow”, a dance performance by Farida Nbibaks, explores the continued traces of slavery in Gelderland. “Four generations ago my grandmother was born into slavery” says Farida Nabibaks “and this past cannot simply be erased.” The performance will premiere on July 1st, 2021, the holiday of Keti Koti (Emancipation Day) in Suriname and the Dutch Antilles and is scheduled to take place on site at one of the historic houses owned by the Trust, as a form of reconciliation. 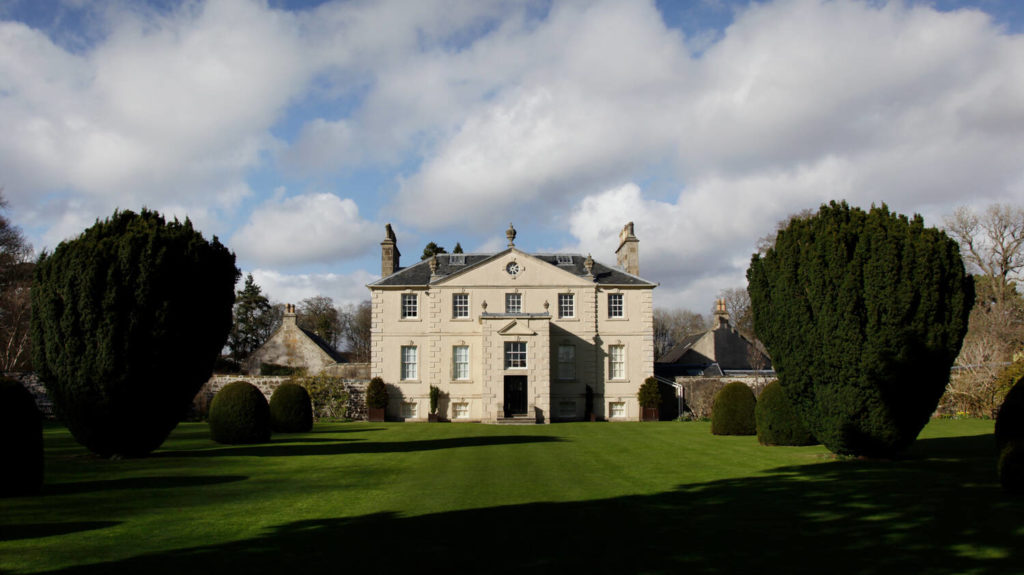 Scotland celebrates Black History month in October and the National Trust released a series of studies relating to the history of black Scots dating back hundreds of years. Their primary project, called “Facing our Past” was designed to contribute to a larger historical picture by exploring the specific ways that the slavery system is connected to the portfolio of houses, collections, gardens and estates owned and cared for by the National Trust for Scotland. While slavery is not the only aspect of Black History to be researched, the links between historic landmarks such as Greenbank House pictured above, and slave labour have come under close international scrutiny especially in the last year.

An article about the legacy of Africans at the court of James IV examines a different component of Black History in Scotland. During the reign of James IV, Scotland was developing as a centre of style and economic influence in Europe. This created a multicultural court, as the King surrounded himself with entertainers and advisors from around the world. Specific mentions of African dancers, musicians, paid servants and visiting dignitaries indicate that there were black citizens in Scotland long before the 18th century when they were previously assumed to have arrived. Despite their presence in the archives, very little is known about the earliest black Scots, and their stories have not been told.

At their conference in October 2020, The National Trust for Historic Preservation offered a session on the tourism industry in the deep south, specifically that of plantation tourism and destination weddings. As interpretations of those places are shifting, difficult conversations are rising about how these sites of racist violence and trauma can be negotiated with the established narratives of southern charm and white prosperity. Slavery was abolished in 1865 in the USA, but many people are still drawn to plantations in the south with visions of mint juleps on the verandah and ideas of southern charm as presented in “Gone with the Wind”.

Olivia Williams is a tour guide at McLeod Plantation Historic Site in Charleston, USA, and her tour focuses on enslaved women and children. She’s been interviewed recently by the BBC, The New York Times and Preserve Cast where she describes her visitors arguing that “slavery was not that bad”. The plantation where she works focuses their interpretation on both the black and white stories of Charleston’s complex past. The main house is left bare with self-guided interpretation, and each interpreter is invited to find their own topic of interest in guiding people at the McLeod Plantation.

At the height of slavery, the National Humanities Center estimates that there were over 46,000 plantations stretching across the southern states. Now, for the hundreds who remain open to tourists, lies a choice, how much of the black and white story to tell. 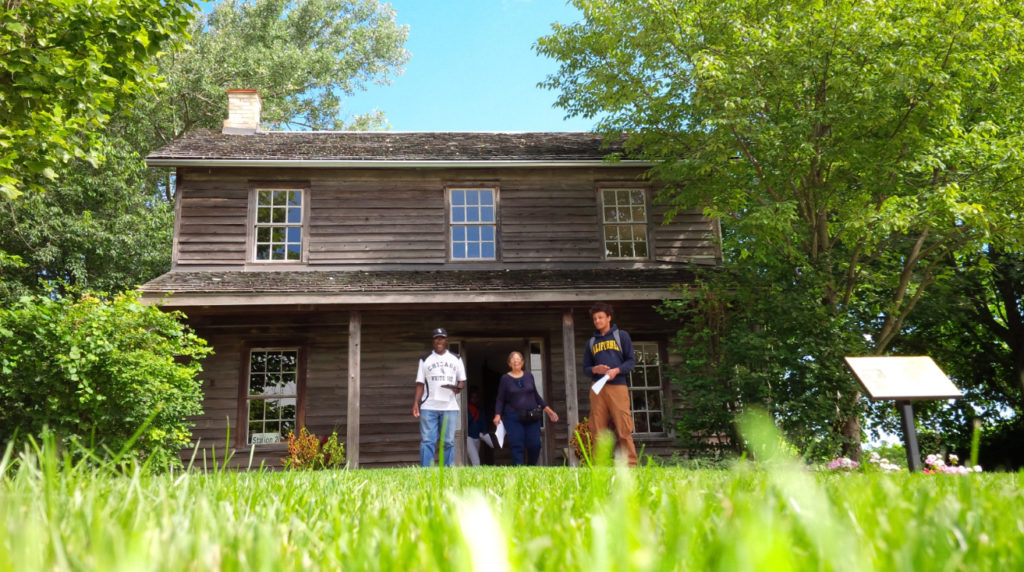 At the National Trust for Canada, we are on a mission to bring heritage to life, and part of our work includes highlighting the voices and stories of Canada’s places. Our Passport Places program includes 94 historic sites across the country including Uncle Tom’s Cabin in Dresden, Ontario and Buxton National Historic Site in North Buxton, Ontario. These two sites were settled by former American slaves and tell rich stories about Black community building, and the challenges faced by the racialized settlements as they grew.

One of the founders of the Shiloh Centre for Multicultural Roots in Edmonton was recently featured in our membership magazine as one of our ‘People to Follow’: Deborah Dobbins’ recent initiatives include ensuring regional Black history is part of the provincial curriculum and creating an award-winning documentary on Black Settlers and their experiences of discrimination on the Canadian Prairies.

The Trust is determined to promote diverse storytelling by people with lived experience, and during Black History Month we’ll continue to share stories, programming and advocacy opportunities for heritage sites significant to Canada’s Black communities past and present on our social media channels.