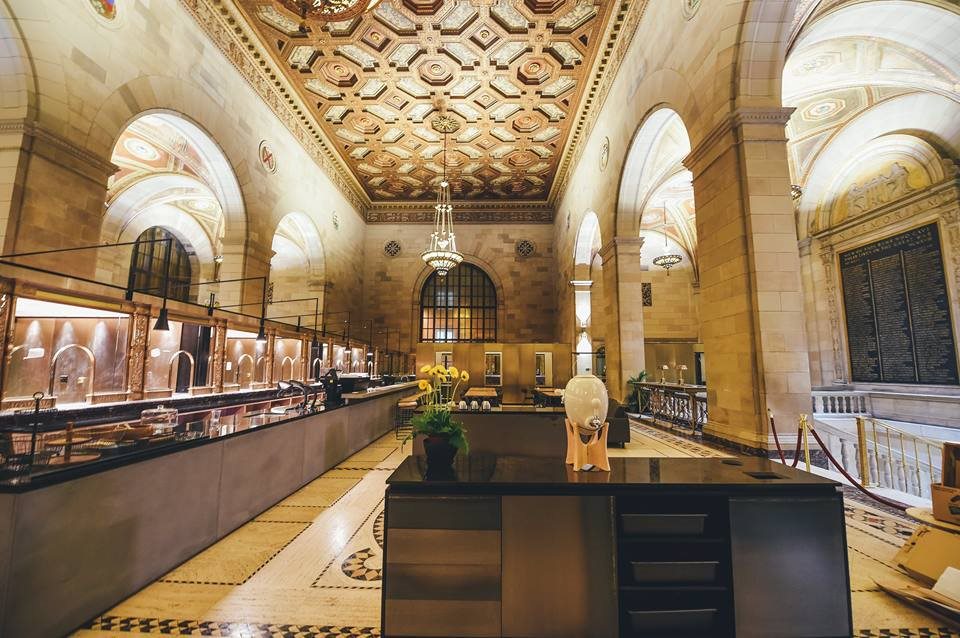 Located in the heart of Old Montréal, 360 Saint Jacques was established as the Royal Bank of Canada headquarters in 1928. Today, thanks to the initiative of Gestion Georges Coulombe Inc., the majestic banking hall is home the Crew Collective & Café.

Though the Royal Bank headquarters were eventually relocated in the 1960s, the bank kept a branch in the building until 2012. At that time, Georges Coulombe acquired the building and, with the help of heritage conservation experts, gradually began the careful restoration of the exterior limestone and renovation of the interior spaces.

The monumental banking hall remained vacant while the owner sought to find a new use that would respect the impressive character of the space and protect its extraordinarily rich architectural components – including a 12,000 square foot travertine floor incorporating a marble mosaic crowned by the Royal Bank’s bronze coat of arms; limestone and sandstone walls passing from red to cool gray chamois revealing the coat of arms of nine provinces of the country as well as Newfoundland and the cities of Halifax and Montreal; and coffered ceiling decorated with wood and plaster gilding by the Italian master Angelo Magnanti.

In 2016, the innovative Crew Collective & Café took shape and was developed in close collaboration with all the project’s stakeholders. Working closely with the owner, the architect Henri Cleinge subtly created a café and a collective work space while meeting the highest standards of conservation and intervention principles in heritage context, including the principles of compatibility, reversibility minimal intervention.

Separated from the collective work area by a subtle and acoustically efficient wall of glass, the public café area is located in the center of the banking hall, at the mouth of the last steps of the monumental marble staircase.

Private workrooms are brilliantly furnished in brass-plated steel boxes, a discreet coating that matches the hues of existing materials. The kitchens are discreetly integrated behind the original long marble counter, where customers can watch through windows at the hectic pace of the preparation of ordered meals.

Thanks to the specialized expertise of many craftsman, including plasterer Daniel-Jean Primeau, several elements of the decor were lovingly restored, including the historic lighting fixtures, brass railings and plaster ornaments and the richly detailed ceiling boxes. After several months of design and five months of work, the rehabilitated banking hall has been revealed to the public and testifies to the remarkable collaboration between a sympathetic owner, designers and entrepreneurs that has permitted the conservation of a magnificent heritage interior and its continued public access. 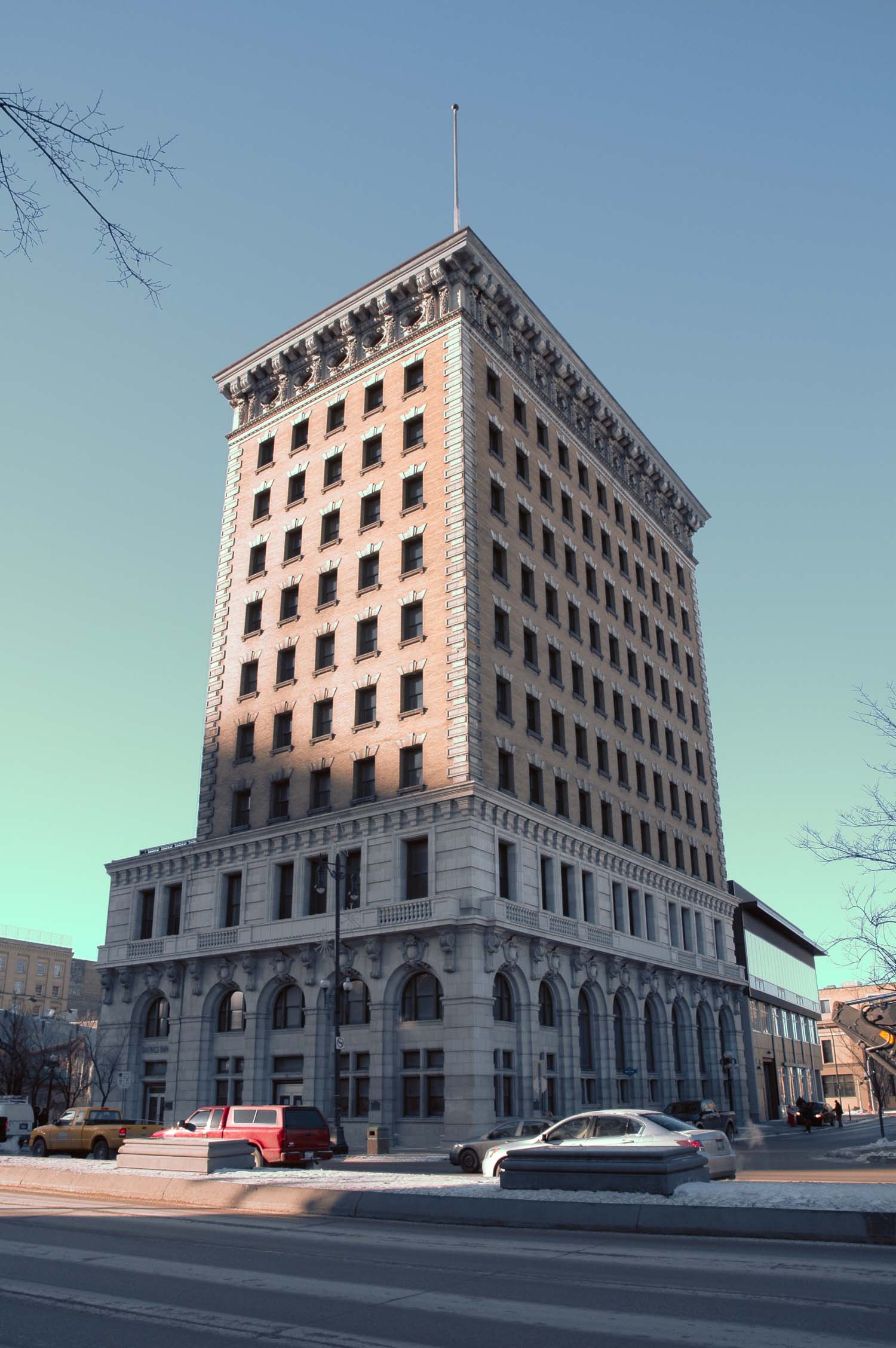 Located in Winnipeg’s historic Exchange District, the original Union Bank Tower was the city’s first skyscraper. It was designed in...