Tracing a Site of ‘Difficult Heritage’

In 2018 the National Trust for Canada featured the Muskowekwan Residential School as one of the Top 10 Endangered Places in Canada.[1] The Muskowekwan First Nation has since expressed their intention to rehabilitate the currently vacant building to create a memorial and archive. The intent of the rehabilitation project is to promote healing and reconciliation that reflects the difficult heritage of the residential school.

Although the Muskowekwan Indian Residential School (IRS) operated since the 1880s,[2] the current school building was constructed in 1930 following a fire in the previous structure. It was designed in the “Collegiate Gothic” style whose characteristics are seen in the Tudor-style archway and ornamental stone trims on the facade. In addition to the building itself, the immediate surroundings of the school are saturated with history. A central driveway leading to the front steps is lined with rows of elm trees that stand in contrast with the landscape of prairie grass and wetlands. Band councilor Cynthia Desjarlais recounted that students in the school planted these trees some 80 years ago. Behind the main building was the location of a hockey rink whose imprint can still be seen in on the site. 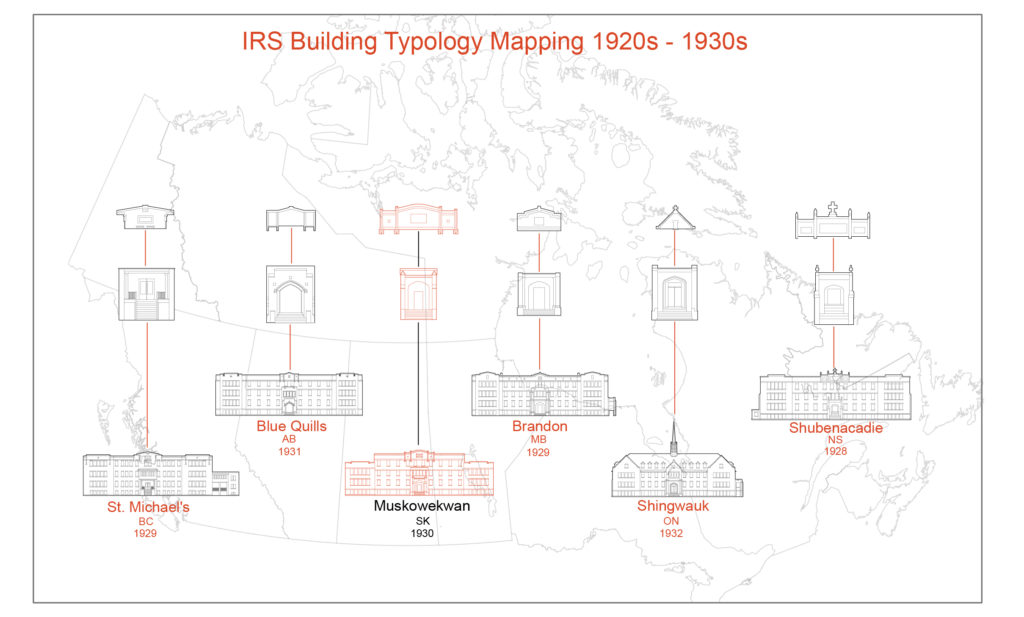 In partnership with the National Trust for Canada and the Muskowekwan First Nation, a team from CIMS[3] research lab at Carleton University set out to document the as-found conditions of the IRS site. The documentation project was led by Dr. Stephen Fai, in consultation with Band Councilor Cynthia Desjarlais. Chris Wiebe and Jim Mountain from the National Trust for Canada provided guidance.

The Muskowekwan Band Council granted permission to document the premises using a laser-scanning camera device to capture detailed 3D information known as a Point Cloud. For the more complex architectural details and character-defining elements, the profiles and textures were also captured using photogrammetry to digitally record an even higher level of detail.

Beyond the school building itself, the grounds and surrounding topography are also essential to understanding the heritage of the IRS and were also captured via laser scanning. Back in the research lab, hundreds of 3D scans and photos were combined in Revit (3D modeling software produced by AutoDesk) to generate a highly accurate comprehensive digital model of the building and grounds of the Muskowekwan Residential School. This is known as a Building Information Model (BIM), which is a relatively novel resource in the field of Heritage Conservation. BIM applications are accepted across the building industry as versatile interdisciplinary communication tools since they are able to converge diverse forms of data cohesively and in a centralized manner. 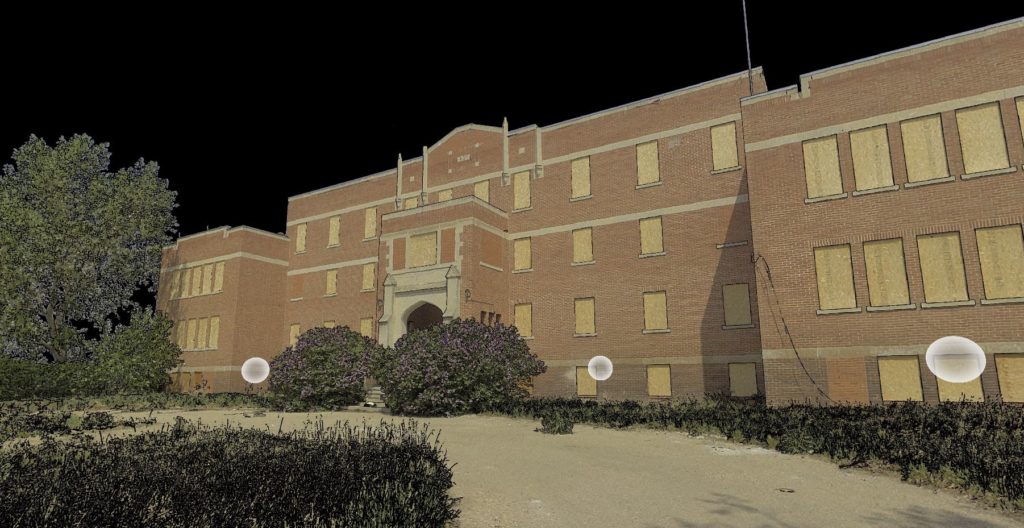 A perspectival view of the collected Point Cloud Data

Looking forward, this documentation project will help Muskowekwan First Nation continue toward their goal of rehabilitating the school. This 3D BIM model could serve as a platform for future applications by various potential users in the industry, the community and the general public as a tool for capturing and communicating the history of the IRS as well as planning for its future re-use.

All images are from the authors.