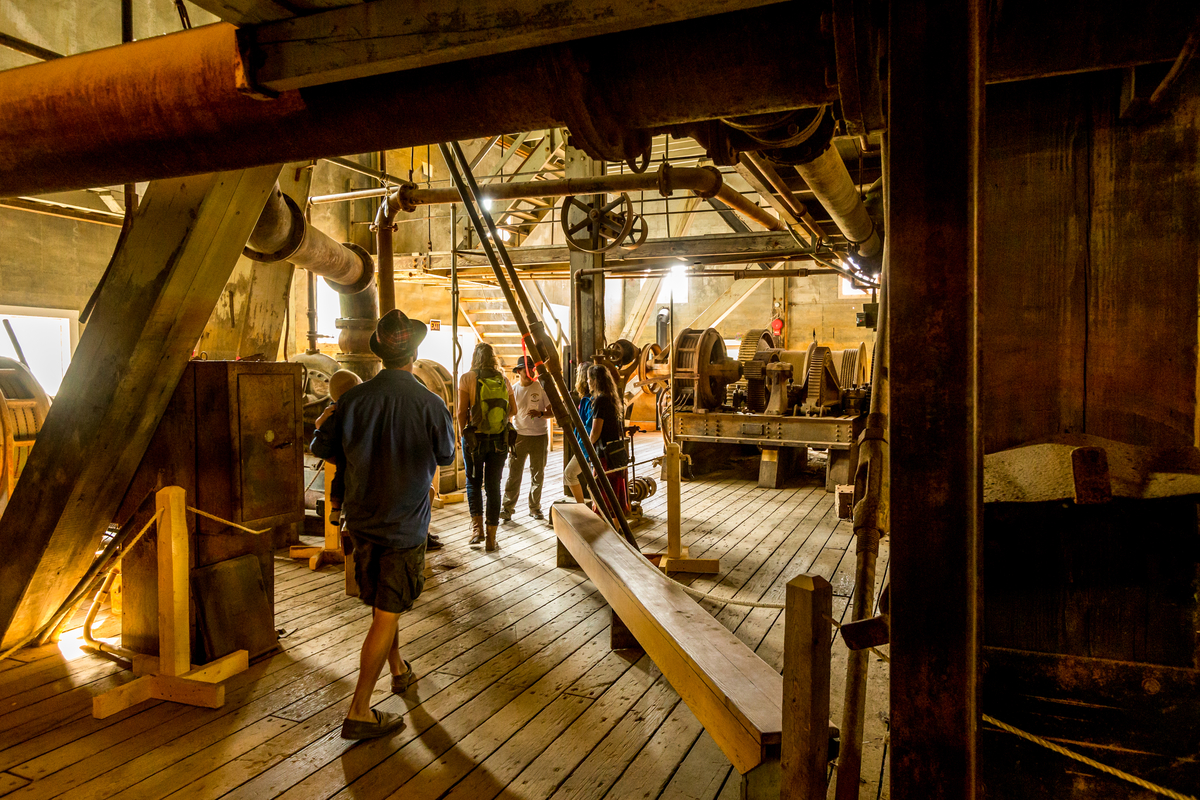 The Legacy of Labour and Industry in 5 Historic Places

Canada has a rich history of labour and industry, with stories of towns being built by the industry that began there. As a country of vast natural resources, our history is often tied to the exploration and extraction of those resources for better or worse. From lumber yards to fisheries, factories to railways labourers have been the settlers of our country, and the backbone of our economy. To celebrate Labour Day this year we decided to highlight five historic places that demonstrate Canada’s history of labour and places of trade and new ways they contribute to their communities.

Medicine Hat Alberta owes its existence to the expansion of the Canadian Pacific Railway in the late 19th century. Initially a railway town, the discovery of natural gas in the area in 1904 meant that Medicine Hat was perfectly positioned to become an industrial centre, powered by affordable gas with access to the entirety of Canada by rail. One of the industries that benefitted in Alberta, was clay pottery making. With extensive clay deposits from the South Saskatchewan River, and a constant national demand for clay building materials and housewares, the clay industry flourished. This National Historic Site teaches visitors about the factory history, and the booming clay industry of the 19th century in Alberta. Part of a larger heritage district, the Medalta site itself stopped producing clay products in 2010.

Medalta in the Historic Clay District is now an industrial museum and contemporary arts centre. Learn more about the site here.

In 1896, gold was found in Rabbit Creek, a tributary of the Klondike River, and the Klondike Gold Rush began. By the next year, gold was arriving in the western United States by steam ships and an estimated 100,000 people flocked to the region of the newly established Dawson City. The boom of the area surrounding Dawson lasted until the turn of the 20th century and gold mining peaked in 1903 with the introduction of mechanized methods. The legacy of the gold rush can still be seen in the Yukon, as settlements have spread and mining remains a key industry, leaving a mark on the natural environment from over a century of extraction. The Gold Rush was powered by the gold miners who travelled thousands of kilometers to do dangerous work with the promise of adventure.

This #VisitList explores the history of the Gold Rush in Canada, with sites that were integral to work in the mines, and the settling of towns in the great north west.

Agriculture is a key industry in every region, and with our vast soil varieties and access to fresh water, Canada has many agricultural hubs. Eastern Ontario is a fertile region of the St Lawrence Seaway and home to loyalist settlers and imperial colonists since the 18th century. Built in 1810, the Old Stone Mill in Delta, Leeds County is the earliest surviving stone mill in Ontario. There has been a mill in Delta since 1796, which encouraged agricultural settlement in the area and a prosperous industrial village. The mill features high-quality stonework and was considered technologically advanced for its time. The mill would have provided work and sustenance year-round, connected by water with many early trade routes to Quebec, Toronto and the United States. The mill was in continuous use from 1810 to 1949. Delta is now a charming tourist hub, with the Old Stone Mill as its major draw.

During the summer, they grind heritage wheat into flour for visitors to this National Historic Site.  Learn more here!

With three major coastlines, and countless sources of fresh water, Canada’s fishing industry is an integral part of our economy and heritage. By the 1890s, British Columbia had 45 fish canneries, with more than half of them in Stevenson BC, a village now contained by Metro Vancouver. As the largest and leading producer of salmon in the province, the Gulf of Georgia Cannery was known as the “Monster Cannery”. The cannery was not only impressive in size and output, but it has a controversial history of multicultural labour dating to the very beginning. Most salmon fishermen were Indigenous before the turn of the 20th century, with Indigenous women making up a majority of the labour in the cannery itself. Immigrants from Japan and China were also part of the workforce, alongside the setter labourers. While the politics of Indigenous and immigrant labour cannot be overlooked here, it remains that the canning industry in BC was built on a kind of multiculturalism that we may not have seen in other settler-dominated industries at the time. The cannery was in operation processing salmon and herring until 1979.

It is now a National Historic Site and museum, as well as one of our Passport Places. Read more about it here.

Central BC Railway and Forestry Museum, Prince George BC

Forestry and lumber remain one of the largest industries in Canada, and the legacy of the trade is still present in mills, railroads, lumber camps and small rural towns everywhere. Major cities such as Ottawa and Vancouver were built on the backs of lumber jacks and millworkers in the 19th century, and the industry was a primary force in the establishment of our national railways. Canadian lumber was used to build ships for England during the Napoleonic Wars, and continues to be one of our most significant exports worldwide. The Central BC Railway and Forestry Museum in Prince George, BC presents an interesting, educational, and fun industrial heritage attraction and museum in a spacious park-like setting. Exploring the relationships between forestry and the lifeline of the railway gives a broader understanding of life in central BC, and the work of lumber labourers then and now.