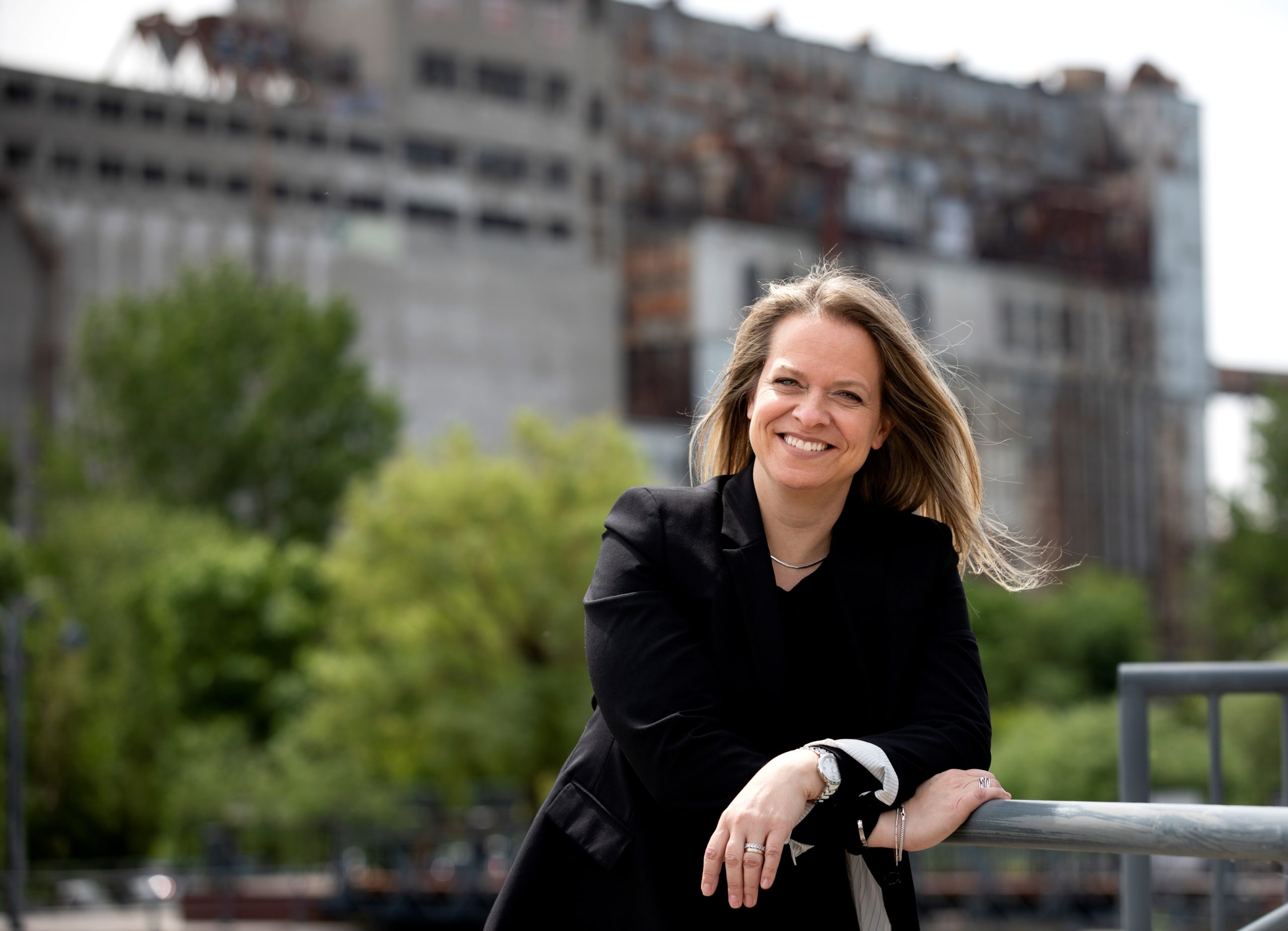 For the past 20 years, Natalie Voland has been working to reinvent the process of heritage-led real estate development in Montreal through her company Gestion Immobilière Quo Vadis and is now beginning to see a dramatic shift in the marketplace.

Voland’s unusual approach not only focuses on development that prioritizes heritage conservation, but also includes uniting communities and ensuring that projects meet a triple bottom line: people, planet, profit. “People are the reason I do what I do, and the buildings are just the tools,” she explains. “Saving heritage is a huge solution in part to our climate crisis, and profit is what allows me to continue being in operation.”

Using environmentally conscious development practices, Quo Vadis has developed 1.5 million square feet of office space in adapted heritage buildings, including industrial complexes along the Lachine Canal and a 19th century church reborn as the spectacular event space, Le Salon 1861. The company provides space for over 500 small and medium businesses – and it’s on-track to double its space in the next few years.

Quo Vadis was one of the first businesses in Quebec to obtain a B-Corp certification, recognizing businesses that are accelerating a global culture shift to redefine success in business and build a more inclusive and sustainable economy.

Voland began her career as a social worker because she felt it best aligned with her skills and values. When her father became ill and asked her to run his real estate company, she hesitated, but eventually agreed to change careers on the condition that she would not change her values. In the profit-focused environment of the traditional real estate industry, Voland has succeed in forging her own path. In 2019 she was recognized as a finalist for the 2019 RBC Canadian Women Entrepreneur Awards.

In addition to being an exceptional businesswoman, Voland has served as a faculty member in Sustainable Leadership for CEOs at Harvard’s School of Public Health and as a mentor for the Women 4 Climate C40 Initiative, and is a member of the Climate Advisory Committee of Montreal.

Voland’s hope for the future of the industry is that more businesses adapt her approach of preserving historic properties, while uniting communities. “I hope that we are copied… a lot. Because I can’t do it all by myself.”