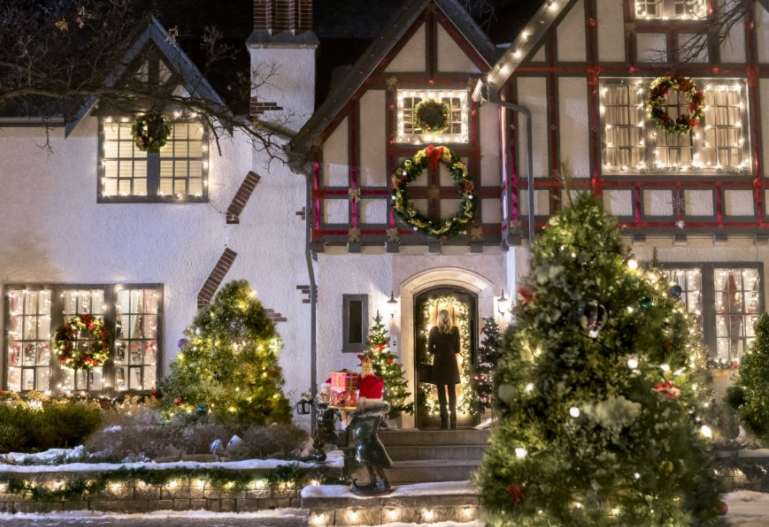 ‘Tis the season for holiday entertainment, and holiday movies are one of the most popular ways of getting into the spirit at home. With the expansion of streaming services, there seems to be no end to the Holiday movies released every year.

Whether they are the classic “Hallmark” films or straight to Netflix features, so many of the storylines are focussed on rediscovering the joy and nostalgia of the holidays, and film makers are turning to small towns across Canada to provide the backdrop for a picturesque, classic Christmas. What most of these fictional small towns have in common is beautiful built heritage. Historic downtowns, heritage railways, rambling Edwardian B&Bs and quaint lunch counters are the stars of these films, and they are being discovered in towns and cities across the country. The next time you indulge in one of these nostalgic fantasies watch the credits to find out where our most beautiful hidden gems can be found! Some of your favourites might be just around the corner.

This northern Ontario town has seen a recent boom in holiday movies productions, with key heritage buildings and a largely untouched historic downtown.  North Bay is not known for its built heritage, but is instead a popular destination for outdoor sports tourism year round. The economic impact of the film industry has created new opportunities in the region, and over a dozen holiday films have come to life in and around the built heritage resources to be found there. Netflix’s A Christmas Inheritance took advantage of the lovingly restored heritage railway station to star as a bus depot, a far cry from its current life as the city’s municipal museum. A former family-owned grocer and lunch counter has featured in almost every film that comes through town, including Hallmarks’ A Veteran’s Christmas. The storefront can be seen festooned with Christmas decorations all year round, and is still open as a café when it isn’t a movie set. With only three provincially designated heritage properties in town ( all 3 train stations) North Bay is an excellent example of how beautiful buildings are everywhere in Canada, and heritage can be found and appreciated everywhere.

Still from “The Holiday Calendar”

The Grand Victorian in “Christmas Inheritance”

This town in Southern Ontario is already known for its remarkable beauty, and comittment to heritage conservation. A Prince of Wales Prize winner, it is no surprise that filmmakers love to highlight its heritage resources. In particular, you can find The Grand Victorian standing in for a B&B in Christmas Inheritance and the downtown main streets have been the meeting place for dozens of festive heros and heroines. The Holiday Calendar on Netflix was filmed exclusively in Niagara-On-The-Lake,  taking advantage of the local horse drawn carriages, and long streets of quaint independently owned shops.

One of the cities in Canada most famous for its winter weather, Winnipeg is welcoming filmmakers to town to experience winter in the off months! An interesting twist on holiday themes, Hallmark’s Journey Back to Christmas takes place in two eras- winter of 1945, and the current day. Scenes required stretches of pre-war commercial buildings and homes, and you can spot many local landmarks like Westminster Avenue, Cornish Library, Wellington Crescent and Pantages Playhouse Theatre scattered through the film. Despite the regular availability of snow around the holidays, most Christmas movies are filmed in the spring, so artificial snow has to be created.

Almonte is quickly becoming known as the Christmas capital of Ontario. Hallmark movies have put this small eastern Ontario town on the map, with dozens of films based in the picturesque riverside town. Our friends at The Mississippi Valley Textile Museum are often right in the heart of the film, as their beautiful heritage mill provides the perfect backdrop for small town romance. The well maintained downtown is home to thriving independent businesses, with beautiful storefronts that require almost no staging. With at least 4 films coming to screens this holiday season that were filmed in 2021 in Almonte, you are almost guaranteed to have experencienced some of the movie magic there. They have even caught the attention of the New York Times, creating an even larger audience for the beauty of Canadian heritage buildings.