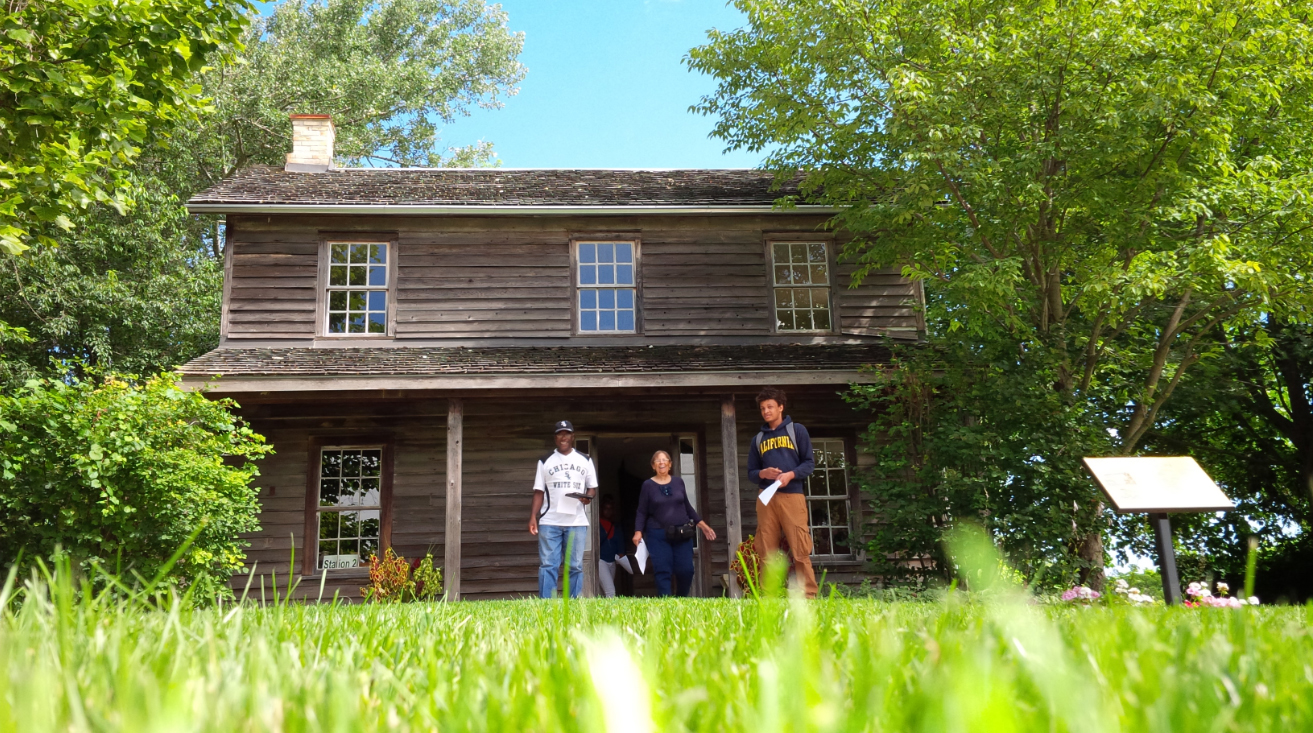 February is Black History Month and this presents an extraordinary opportunity to explore the legacy of Black Canadians through heritage places, from coast to coast to coast. Many of the stories that visitors will find embedded in these places will challenge the way we see Canada and understand its past.

The Black Loyalist Heritage Centre, for example, in Birchtown, Nova Scotia – with its historic schoolhouse (1829) and extensive museum – tells the story of the 1,500 Black Loyalists who settled there between 1783-85. While poor land and discrimination pushed half of the settlers to leave for Sierra Leone in the 1790s, the rest stayed and established a thriving community.

Uncle Tom’s Cabin Historic Site in Dresden, Ontario preserves the site of the Dawn Settlement founded by Reverend Josiah Henson. Established in 1841 on 200 acres of land, the Settlement became an important refuge for the many fugitives from slavery who escaped to Canada from the United States. An important leader in Canada’s growing Black community, Henson was also the inspiration for Harriet Beecher Stowe’s 1852 influential anti-slavery novel, Uncle Tom’s Cabin. This inspiring Ontario Heritage Trust site has now become a place of pilgrimage and receives thousands of visitors every year.

Canada, however, has its own history of slavery, which, until now, has received little scholarly attention. McGill University Professor Charmaine Nelson has been working to correct this imbalance through her prolific research and writing, including drawing attention to neglected cemeteries used by free and enslaved Blacks in places like Saint-Armand, Quebec. Soon, hopefully, some of these over-looked sites will be interpreted and open to visitors as well.

Elsewhere, Black communities are recovering and celebrating the stories of settlement communities that had grown quiet over time. In 1910, dozens of African-American families came to Western Canada in search of land and settled in the isolated rural communities of Eldon, Saskatchewan and Amber Valley, Alberta. The Eldon community lives on through the Charlow (Shiloh) Baptist Church – a one-room building constructed of hand-squared poplar logs hauled by ox cart from the North Saskatchewan River valley – preserved as an enduring symbol of the now dispersed community. Located 200 kilometers north of Edmonton, Amber Valley’s Obadiah Place – a small vernacular wooden house – is one of the only structures from the settlement still intact, though weathered, abandoned structures dot the area.

Urban renewal schemes of the 1960s almost erased other historic Black communities at opposite ends of the country. Hogan’s Alley in Vancouver’s East End was the cultural heart of the city’s Black community and home to residents like Nora Hendrix, the grandmother to rock icon Jimi Hendrix. Beginning in 1967 much of the area was demolished for the Georgia viaduct freeway project, but efforts are now underway to revive and reanimate this once vibrant inner-city neighbourhood. Similarly, residents of Halifax’s Africville (first settled in the early 19th century) saw their homes and community spaces – including a Church that was the heart of the community – demolished for a highway between 1964 and 1969. Many of the displaced residents settled in Halifax’s North End, where today gentrification is threatening to displace the Black community once again. Declared a National Historic Site in 1996, the church was rebuilt as a museum in 2012 – just this week, the church’s original bell was returned to the museum – and now tells the story of this lost community.

The legacy of Black Canadians is rich and diverse. This February, make a point of learning more at a heritage site near you.