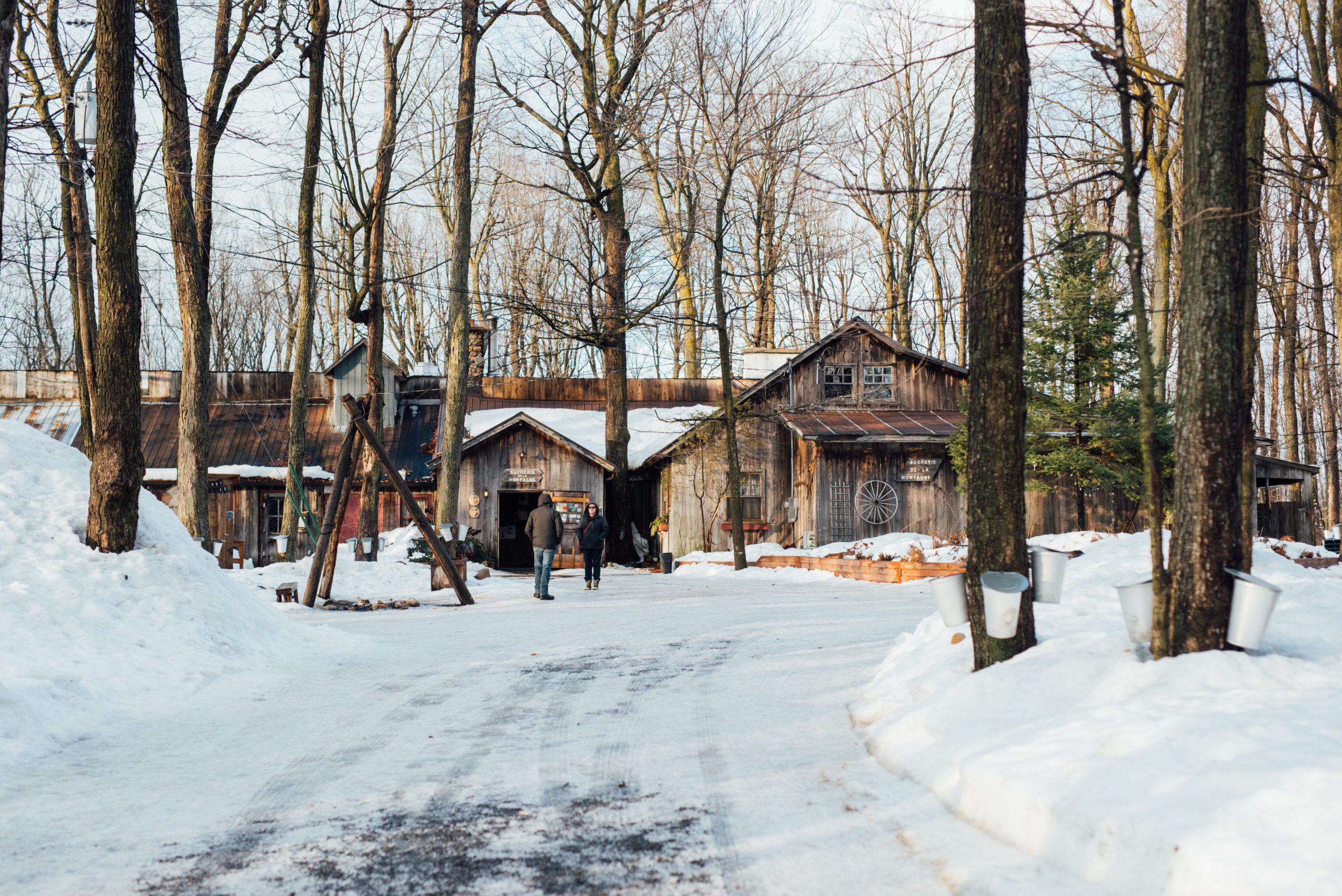 5 examples exhibiting the vitality of the French language in Canada

Every year, on March 20th, the world celebrates International Francophonie Day. Following the celebrations that took place last month, we wish to recognize the enduring, vibrant presence of French language in Canada. It continues to flourish today, not only in many French-speaking communities but also through cultural events, traditions and historic sites. Here are 5 examples of how the French language is still very much alive in Canada.

Maillardville, a small community located south of the city of Coquitlam, British Columbia, welcomed its first French-speaking residents in 1909. The Fraser River Lumber Company (which would later become the Canadian Western Lumber Company) was the first to hire manual labour from the provinces of Quebec and Ontario, due to their reputation and expertise in the forest industry. Fraser River covered travel costs to British Columbia so that workers could settle there with their families. The small neighbourhood, made up of mostly French Canadians, grew over time to host the largest francophone community in Western Canada. Although Francophones only represent a small percentage of Maillardville’s population today, the neighbourhood still preserves its francophone heritage, its culture and traditions, through celebrations such as the Festival du Bois, or the Mackin House Museum which tells the story of Maillardville.

Founded in 1818 by a group of French missionaries led by Bishop Joseph Norbert Provencher, and incorporated as a city in 1880, Saint-Boniface would later become the capital of the Franco-Manitoban community, one of the largest Franco-Canadian communities outside Quebec. Centred around its cathedral and the historical sites commemorating the town’s prominent figures throughout history, including the politician, Louis Riel, and the author, Gabrielle Roy, the community of Saint-Boniface continues to be the core of cultural and social life for Franco-Manitobans. Access to education in French is available at fully francophone primary and secondary schools and at the University of Saint-Boniface. The population enjoys French-language services and media, making this Winnipeg town unique in the province.

A celebration of Acadian culture would be incomplete without acknowledging the Festival Acadien and its Grand Tintamarre in Caraquet. Festivities in Caraquet began in 1963 as a simple village festival. In 1979, the Grand Tintamarre was added to the festivities with the purpose of gathering to “make a din” in the spirit of collective celebration. Inspired by an old custom called “charivari”, which consists in making a cacophony of noises, the practice was introduced in 1955 to commemorate the 200th anniversary of the Expulsion of the Acadians. The Grand Tintamarre represents the solidarity and tenacity of the Acadian community.

Today, Acadia’s largest cultural event is held annually in August for the Fête des Acadiens on August 15 and hosts over 60,000 festival-goers.

Built in 1904, the former Guigues School today is one of the symbols of the struggle for the French language in Ontario. It was the scene of the famous “Battle of the Hatpins” of the Franco-Ontarian community. In 1912, the provincial government implemented Regulation 17, which prohibited French language teaching in schools. Sisters Diane and Béatrice Desloges, who were teachers at the Guigues School, roundly refused to comply with Regulation 17 and continued to teach in French despite several confrontations with the school board. These new restrictions sparked a revolution led by a group of women, most of whom were mothers of students, who were referred to as “the guardians” for their decision to occupy the school’s front steps, armed with scissors and hatpins, to protect the Desloges sisters inside so that they could continue their teaching. The conflict continued for several years until Regulation 17 was abolished in 1927, finally allowing bilingual schools in Ontario.

In 1979, the Guigues School was forced to close due to lack of enrollment. The building was designated a heritage site by the City of Ottawa in 1980, but was abandoned for a decade before reopening as a centre for francophone seniors in 1994. Inaugurated as the Centre des services Guigues in 1997, and awarded for its excellence in heritage conservation, the building now displays two commemorative plaques by the City of Ottawa and the Ontario Heritage Trust.

Founded in 1978, the Sucrerie de la Montagne sugar shack offers a Quebec cultural experience to more than 35,000 visitors every year. With its log cabins reconstructed with authentic 19th century materials, its more than 120 acres and its traditional meals, the Sucrerie highlights the great sugar shack tradition of Quebec in which, every spring, people gather to taste dishes made with maple syrup and to sing and play traditional Quebec music.

Although Quebec sugar shacks first appeared in the early 19th century, the practice of harvesting maple sap dates back to well before the arrival of the French in Canada. The native tradition of harvesting sap in the spring in order to turn it into syrup would be adopted by French Canadians and turned into one of the greatest heritage symbols of this culture. Most maple trees are found in the province of Quebec, which produces 70% of the world’s maple syrup and maple sugar products.