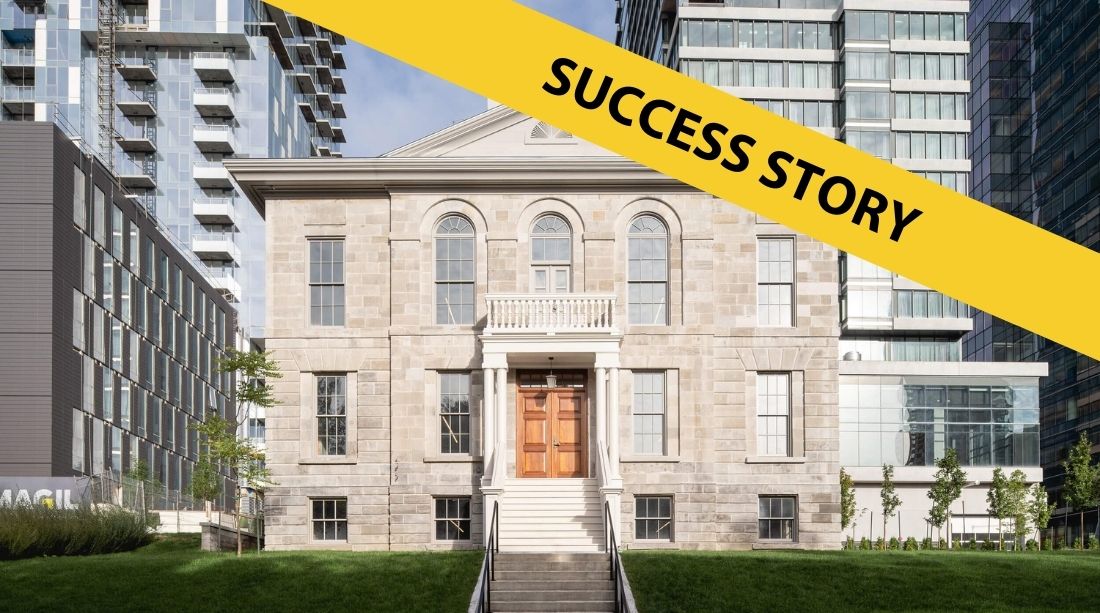 This three-storey Georgian mansion, located on prime real estate below René Levesque Boulevard, was built between 1844 and 1846 according to a plan by architect John Ostell. It is a rare surviving example of the neo-Renaissance cut grey limestone mansions in the Ville Marie borough of the city. Derelict for decades, the development consortium (headed up by Robert Landau) that owns the building now sees commercial development possibilities for the site.

Louis-Hippolyte La Fontaine, one of the key figures in the fight for responsible government in Canada, was prime minister of the United Canadas in the 1840s when Montréal was the capital. He lived in the residence for 15 years until his death in 1864.

The imposing house withstood the assault of enraged 19th-century rioters, who attacked it after burning the Parliament Building in reaction to La Fontaine’s controversial bill to compensate the victims of the Rebellion of 1837-1838 (the Rebellion Losses Bill of 1849).

Twenty years ago, developers wanted to pull the house down—as they did with the rest of the Victorian greystone neighbourhood. It was saved when Héritage Montréal convinced the city to designate it a historic monument using the then new 1986 Cultural Property Act. 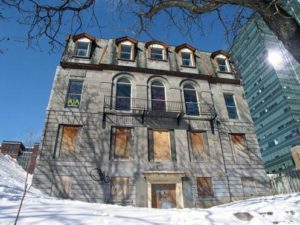 In 2005, Héritage Montréal asked the federal environment minister to intervene on behalf of the house, to no avail. The Federation of Historical Societies of Quebec, which represents 200 heritage organizations in Quebec, is also lobbying Quebec’s heritage minister and Parks Canada to work with the city in support of a rehabilitation project for the site.

Heritage activists in Montréal and beyond want the building preserved as a legacy to one of the most important political figures of the 19th century—not as a museum locked in the 1840s, but as a resource centre accessible to the public.

In the meantime, the house stands abandoned, marked by graffiti, with boarded windows and a decrepit balcony, surrounded by a parking lot.

UPDATE 2015: The property was sold to developers Tianco Group in 2011 who has joined up with Montreal-based Brivia Group to develop a $300 million condominium project on the site with an anticipated completion date of 2017. The YUL project includes two 38-story condominium buildings and 18 row houses. Developer partner Kheng Ly has indicated that the La Fontaine house will be restored and converted into a two-unit dwelling (fulfilling conditions set by the City of Montreal), noting that the house’s history would be a compelling marketing draw to foreign buyers. Excavation of the site began in January, 2015.

To read more about the restoration of the Sir Louis-Hippolyte La Fontaine House, click here 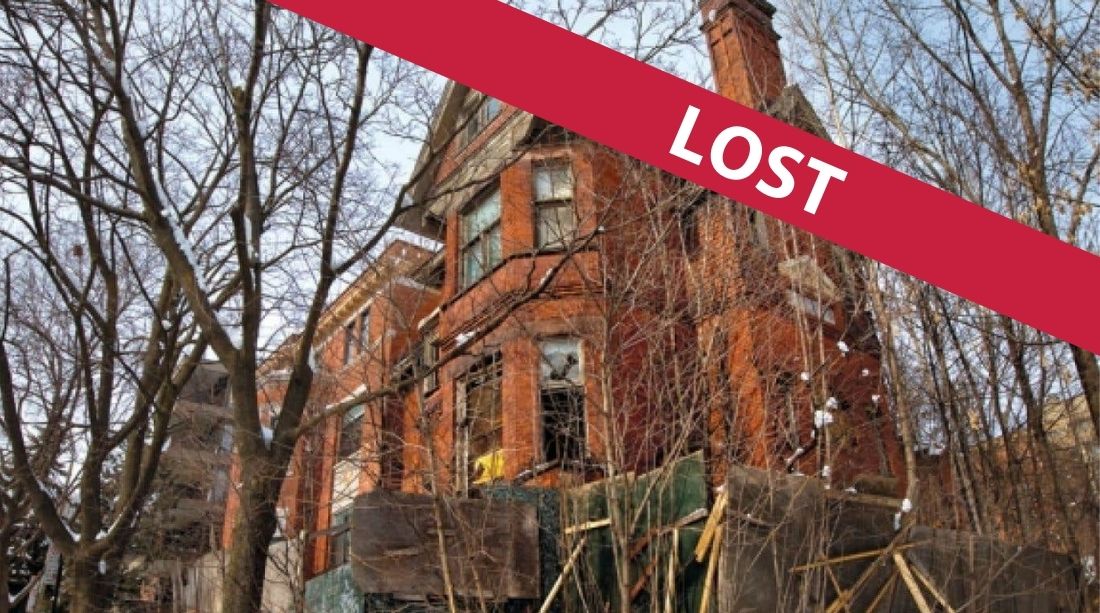 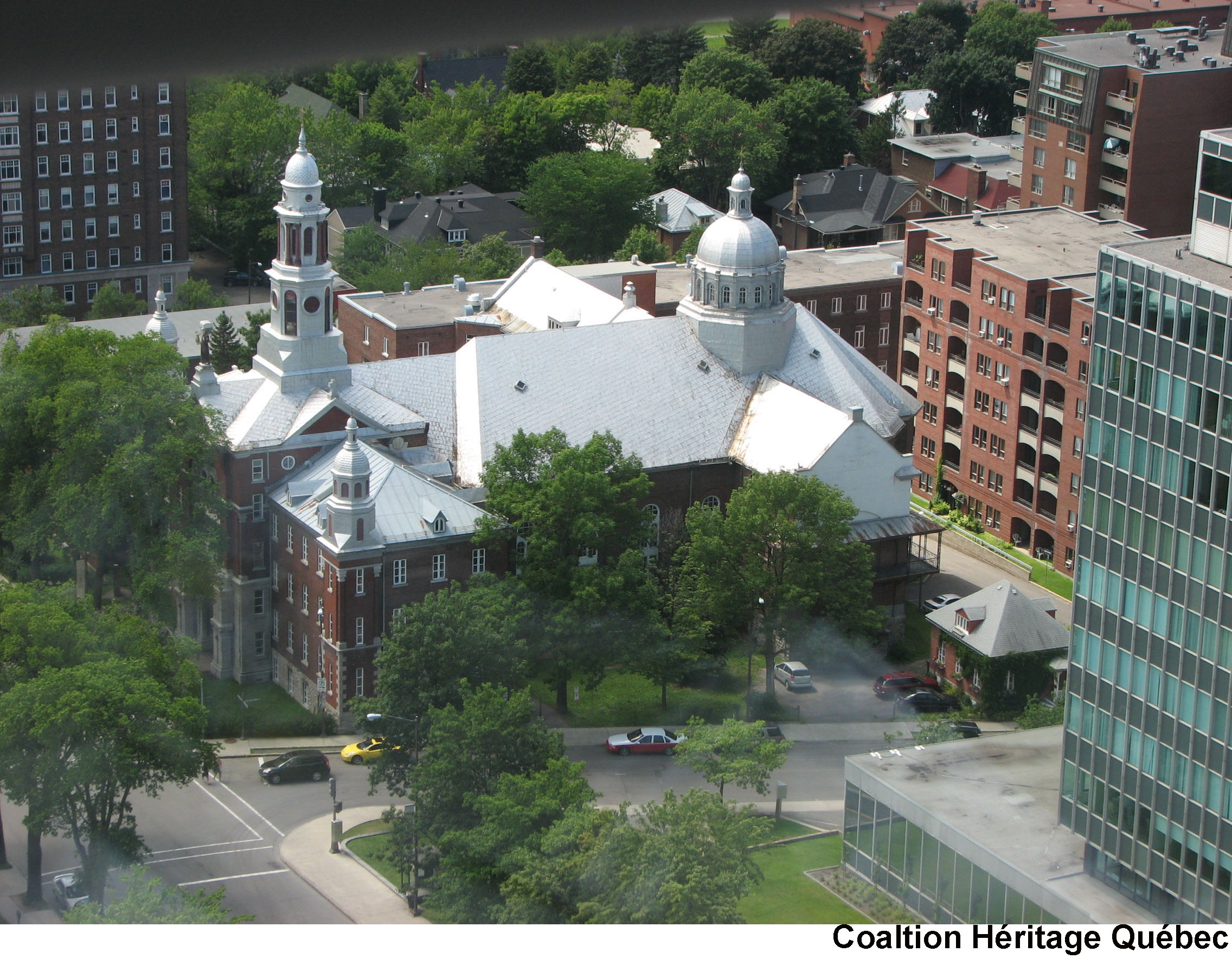 PRAYING FOR A MIRACLE A demolition permit has been issued to tear down the monastery and its 124-year-old chapel on...