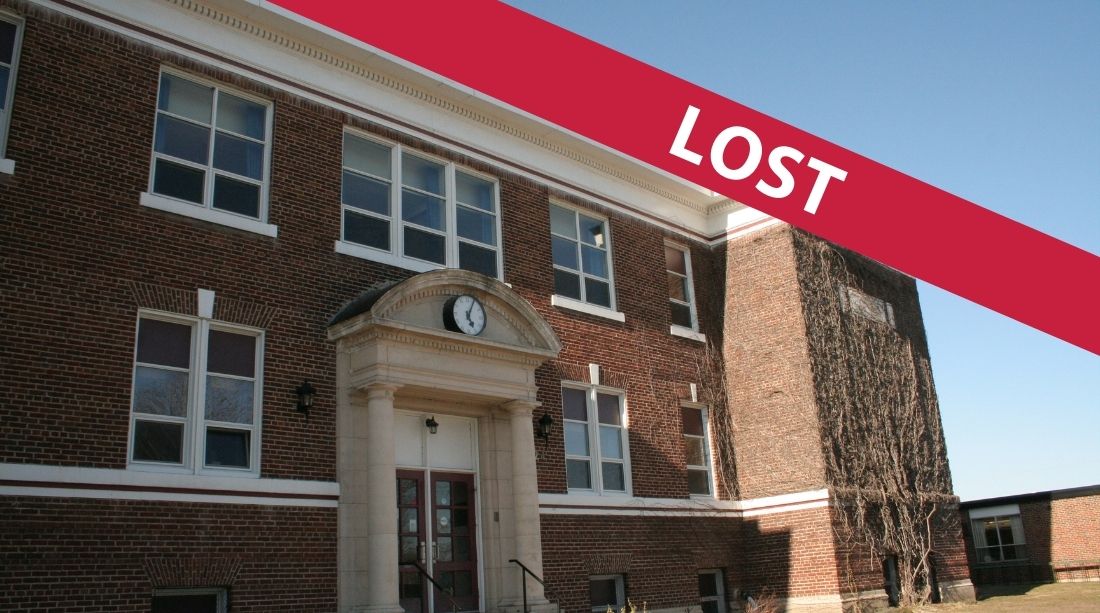 TRYING TO TEACH A PRESERVATION MESSAGE

A solid historic school that anchors the entrance to the downtown, the building is a heritage asset that is ripe for conversion to a new use. But with a school board determined to demolish it and a town council reluctant to intervene, the building’s future is at risk.

Built in 1915, Brighton Public School remains one of the largest public heritage buildings in Brighton. Located at the eastern entrance to downtown, it is a landmark in the area and an important heritage asset for the town. Designed in a Classical Revival style, it is a fine example of schools built in Ontario between 1900 and 1940. Constructed in brick with large windows, it is topped by an elaborate cornice with wide overhang and dentil detailing. The central entrance features a columned portico with arched pediment and a clock. Interior details include a ten foot wide corridor, large stairs and high ceilings.

The building’s symmetrical design and elegant composition were maintained with the addition of a one-storey west wing in 1964 and a single-storey east wing in 1971.

According to the Architectural Conservancy of Ontario Preservation Works! Brighton School Study, prepared by architect Phillip H. Carter in April 2010, the building has been well maintained and remains solid with no signs of structural vulnerability. The 1964 addition is reported as being in similarly good condition with excellent space—including an auditorium—for a range of community activities.
If saved, it would stand as a visible reminder of the community’s heritage, the important role of education in its history, and the need to reuse and recycle local resources to sustain a liveable environment.

The Kawartha Pine Ridge District School Board intends to build a new school to the east of the existing one that will incorporate the 1971 addition. Upon completion, the board intends to demolish the 1915 building and the 1964 west wing. As is the case with many older schools in Ontario, it is not suited to the funding formulas developed by the Province and, according to the board, cannot be economically renovated to suit a modern school.

Two town councils have voted down requests from the East Northumberland Branch of the Architectural Conservancy of Ontario (ACO) for expressions of support for the building’s conservation, stating concern that provincial funding for the new school could be jeopardized.

The Brighton School Study lists a number of recommendations, including conversion of the 1915 school and possibly the 1964 addition to new uses. It would be economically viable and bring economic activity to the downtown area. In addition, it concludes that the school board does not require all nine acres of the site for school uses, and that severing a section to allow for the historic school’s redevelopment would not impede plans for new construction. It further recommends that the building be designated under Part IV of the Ontario Heritage Act.

At a July council meeting, an East Northumberland ACO representative and award-winning builder presented a viable proposal that would see the main floor of the historic school used as a library, with the other floors adapted for community space, a youth centre, Chamber of Commerce and archives, and the west wing converted into a seniors centre.

Despite efforts on the part of some councillors to encourage talks between the school and library boards, and the concerted efforts of many who proposed viable potential new uses for the site, a short-sighted decision by the school board in December, 2011 resulted in the school’s complete demolition. 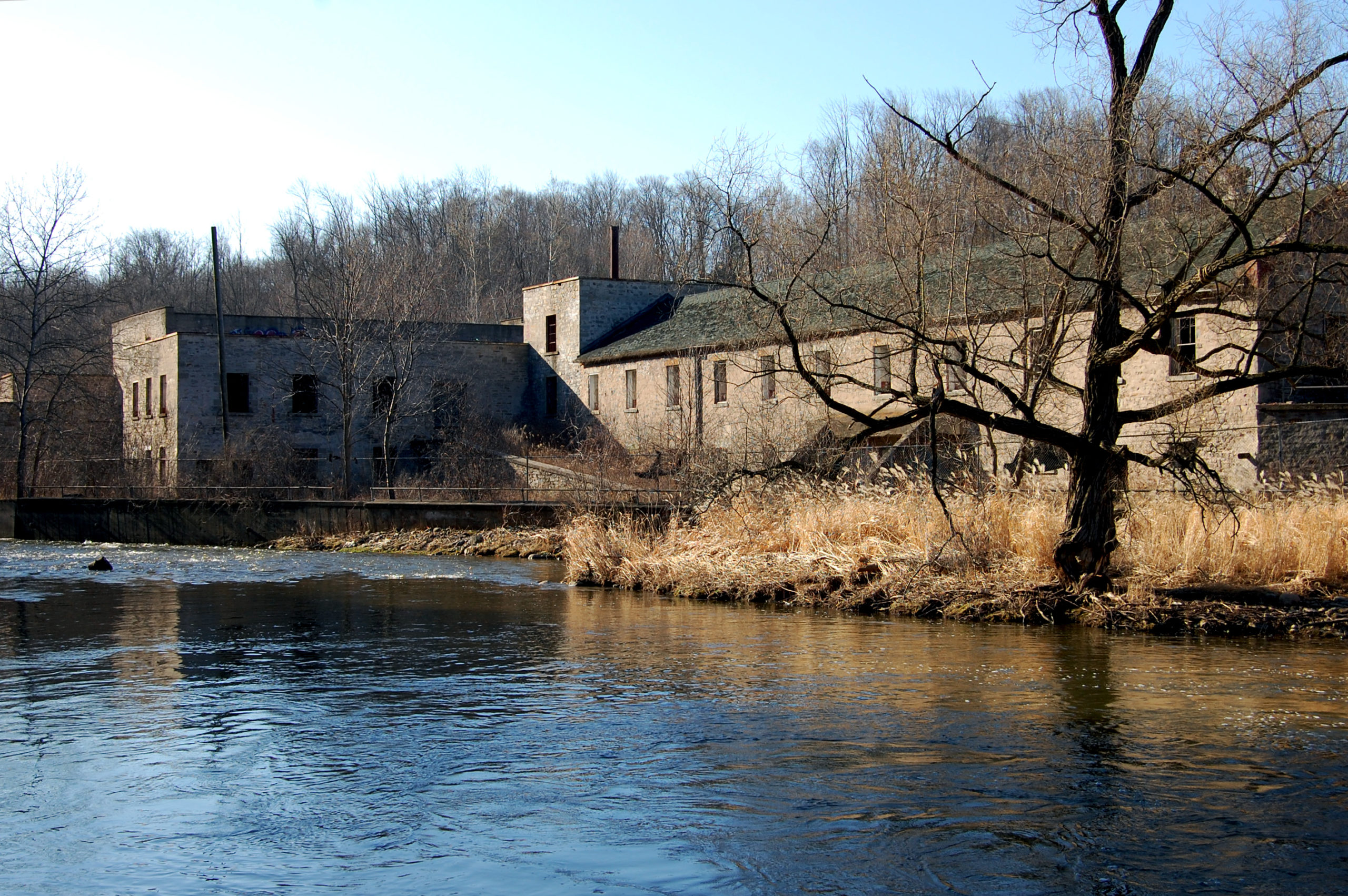 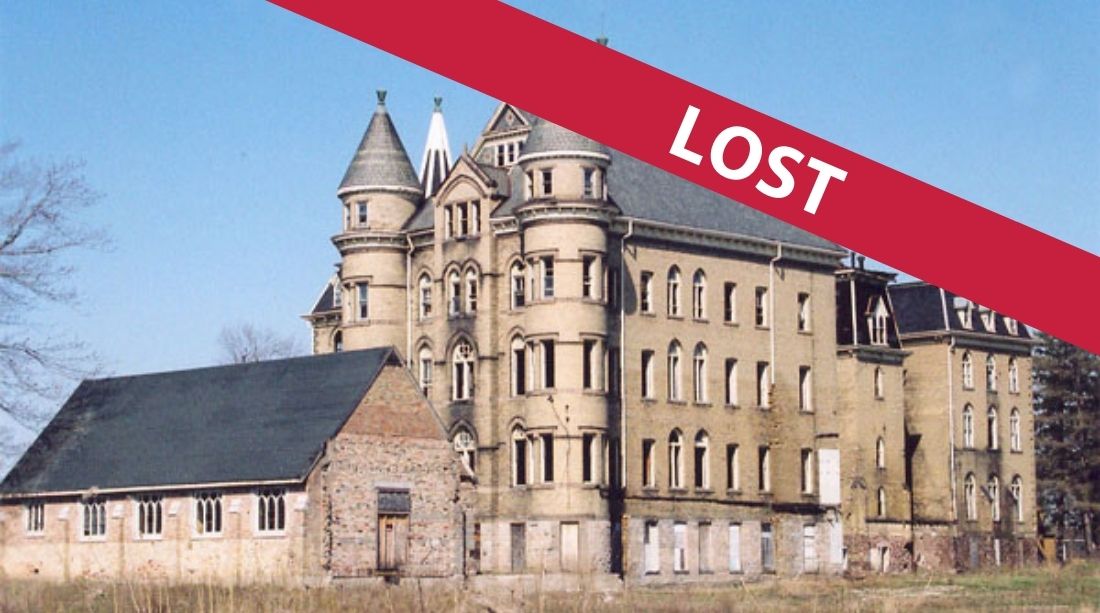