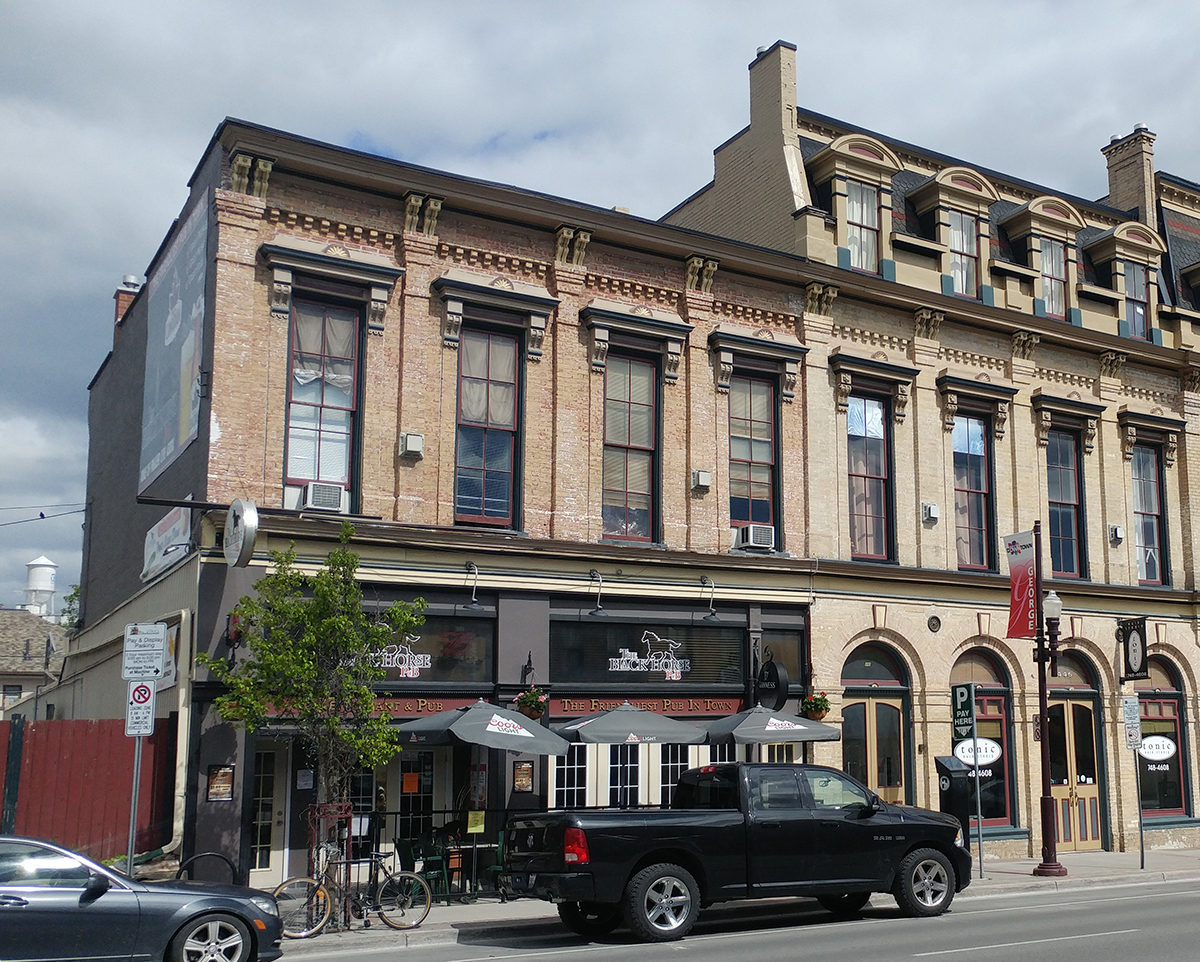 These are not only well-known watering holes, but also landmarks in Peterborough’s downtown core.

The Black Horse Pub (1882) and the Pig’s Ear Tavern (1865) are part of a virtually intact historic streetscape on George Street, Peterborough’s most important downtown artery. The Pig’s Ear (also known as the Piggy), a popular hangout for university students, was one of Peterborough’s oldest bars, having been open for 152 years. It closed permanently in April. Customers and employees of the Black Horse Pub were ecstatic when they found out the sale of the pub fell through. Both bars stand on either side of the historic Morrow Building, built in 1878-79.

The Black Horse Pub was in the process of being sold to a developer to be demolished and replaced by a five-storey apartment complex. The deal fell through but the building is still for sale. The Pig’s Ear Tavern, on the other side of the Morrow Building, was sold to the same developer and has permanently closed, pending demolition. City council has voted against giving heritage designation to the two bars for reasons including an interest in building more apartments downtown and wanting the current owners to be able to sell and realize a return on their investments.

“These Peterborough buildings are a prime example of the need for the heritage rehabilitation tax credits like those proposed in Bill C-323, which could help tip the balance away from new construction and make investment in existing heritage buildings attractive to developers.”
– Natalie Bull, Executive Director, National Trust for Canada 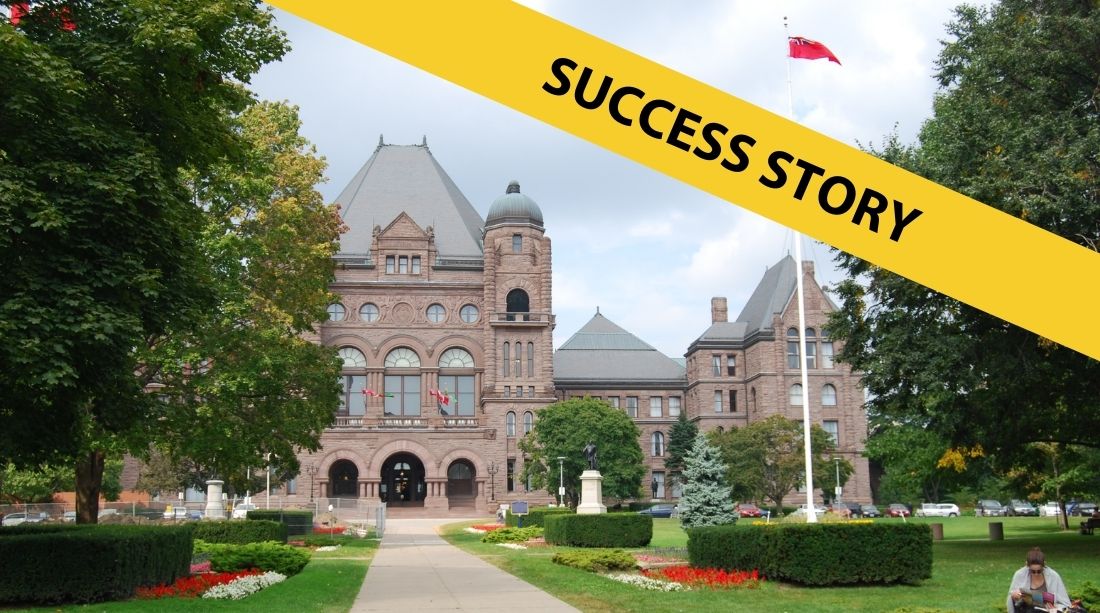 Historic views of Queen’s Park, the Legislative Assembly of Ontario Building, will be permanently disfigured if a massive precedent-setting condo... 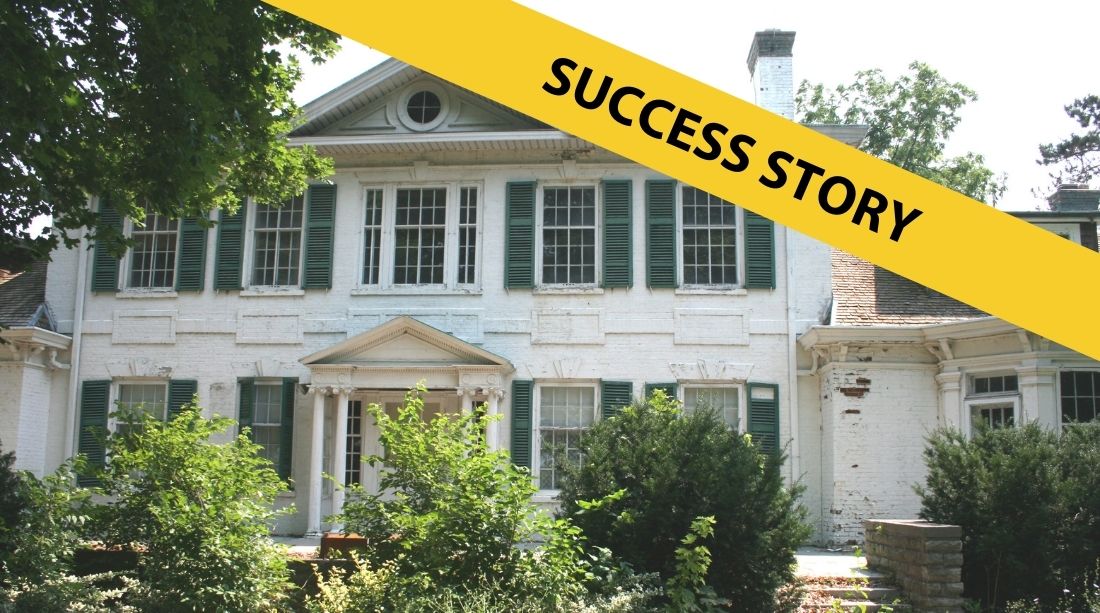