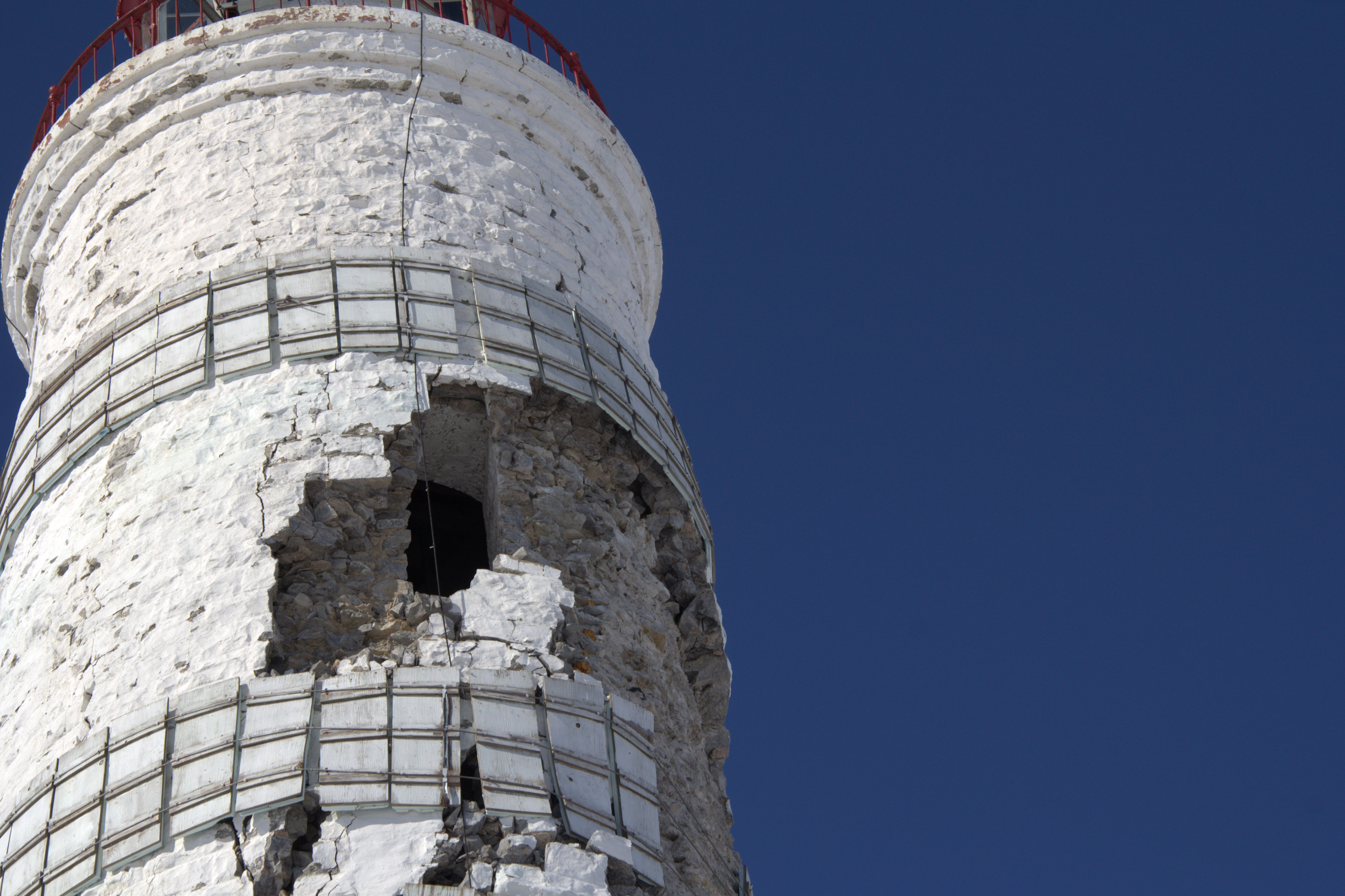 In the fall of 2016 the NLPS undertook an extraordinary project to stall further degradation of this important Imperial tower until substantial funds could be raised for its eventual restoration. Permission was obtained from the Federal Department of Fisheries and Oceans to wrap the exterior of the structure in a weather resistant material that would shed rain, snow and other moisture thereby preventing further water penetration to the interior. The Society rallied volunteers and attracted the support of local contractors to make this incredible feat possible.

About Nottawasaga Lighthouse
Erected in 1858, the Nottawasaga Lighthouses is one of six Imperial Towers built to light the shores of Lake Huron and Georgian Bay. The whitewashed limestone light rises 95 feet above the shore, guiding ships to safety in Collingwood Harbour. It played an important part in the establishment of safe navigation routes along the coastal waters of Lake Huron following the opening of the Bruce Peninsula. 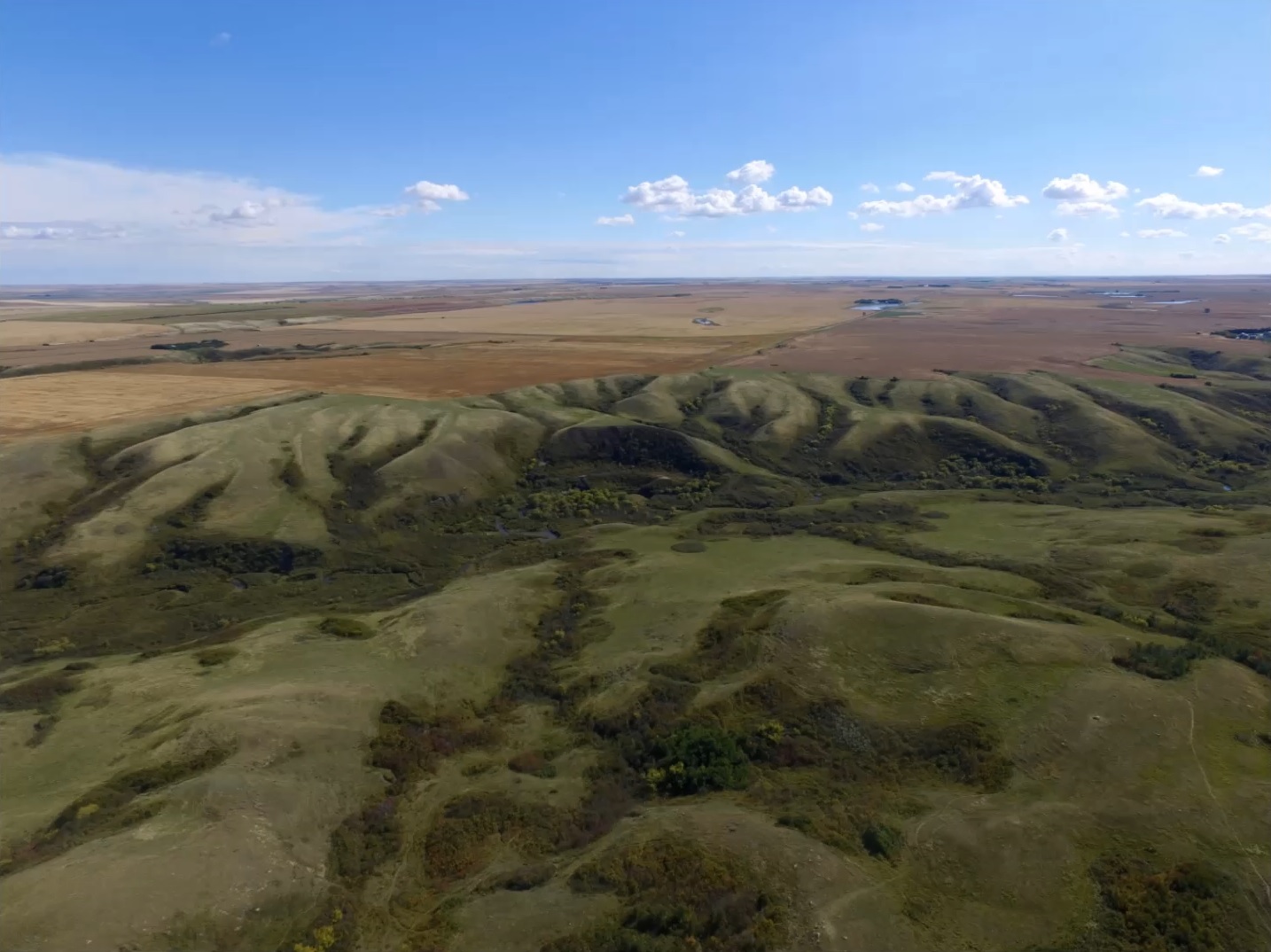 Since 1994, the work of the Ancient Echoes Interpretive Centre has been a community labour of love that has protected... 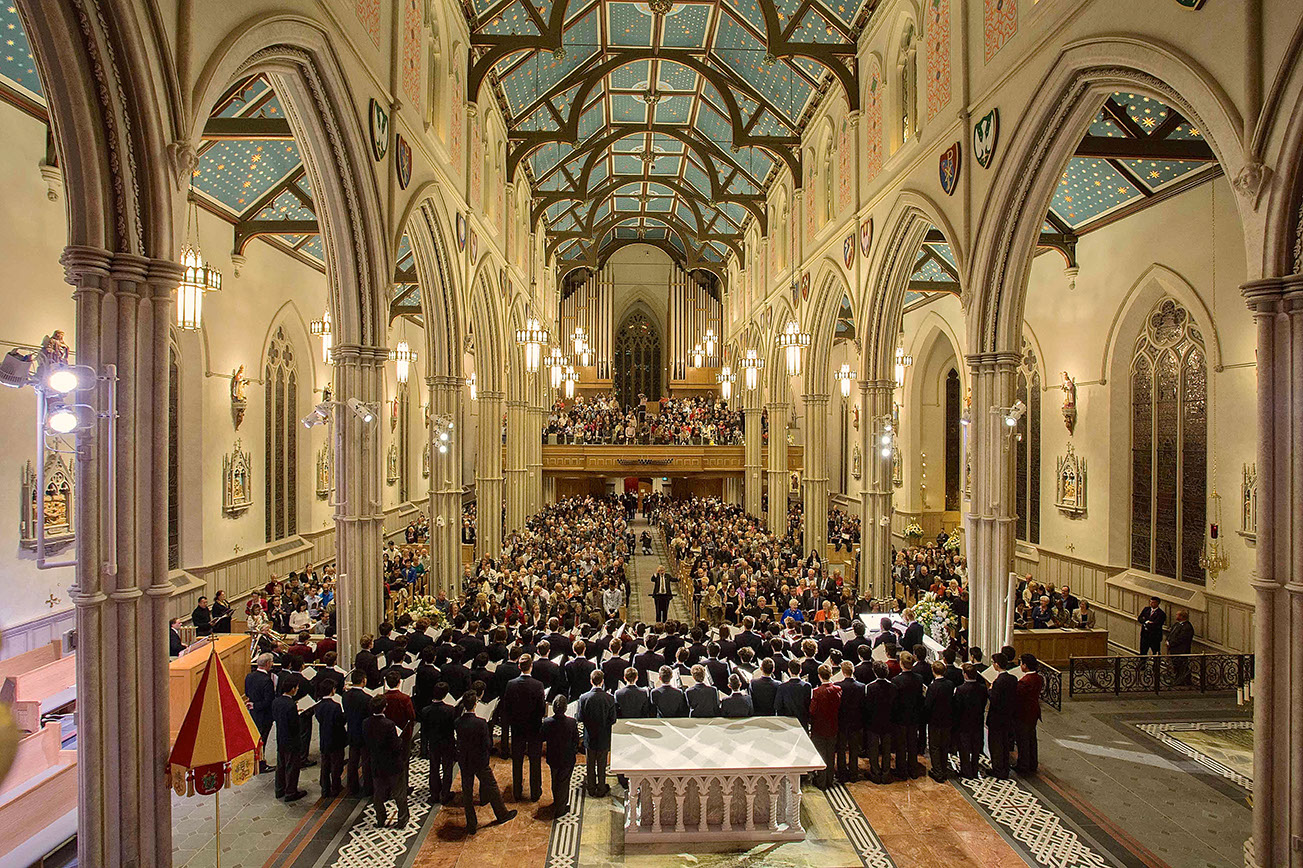 The seven-year rehabilitation of the St. Michael’s Cathedral, completed in September 2017, took great pains to respect the integrity of...