A Neo-Classical design with Art Deco ornamentation, Jean-Talon Station operated as a railway depot until 1984. It was then purchased by the City of Montreal and mothballed until 1996 when the station was sold to Loblaws supermarkets on condition that it be restored and renovated. The rehabilitation project involved an extensive exterior restoration (masonry, copper flashings, doors and steel and wood windows, and ironwork). Inside, the materials and finishes of the expansive Waiting Room, the building’s most significant heritage space, were largely intact. Travertine walls, black Belgian marble baseboards and counters, and bronze showcases were retained and restored. Building code upgrades were restricted to secondary spaces once used for baggage. Because of the integrity of the Waiting Room, any new construction (such as a staircase linking it to the second floor) was designed to be compatible with its surroundings, and easily reversible. The one-storey wing, slated for demolition, was retained and used as a connection to—and separation from—the heritage structure and the new supermarket.

When a 110-year old Catholic church in a rural Ontario community was closed and scheduled to be demolished in 2012,... 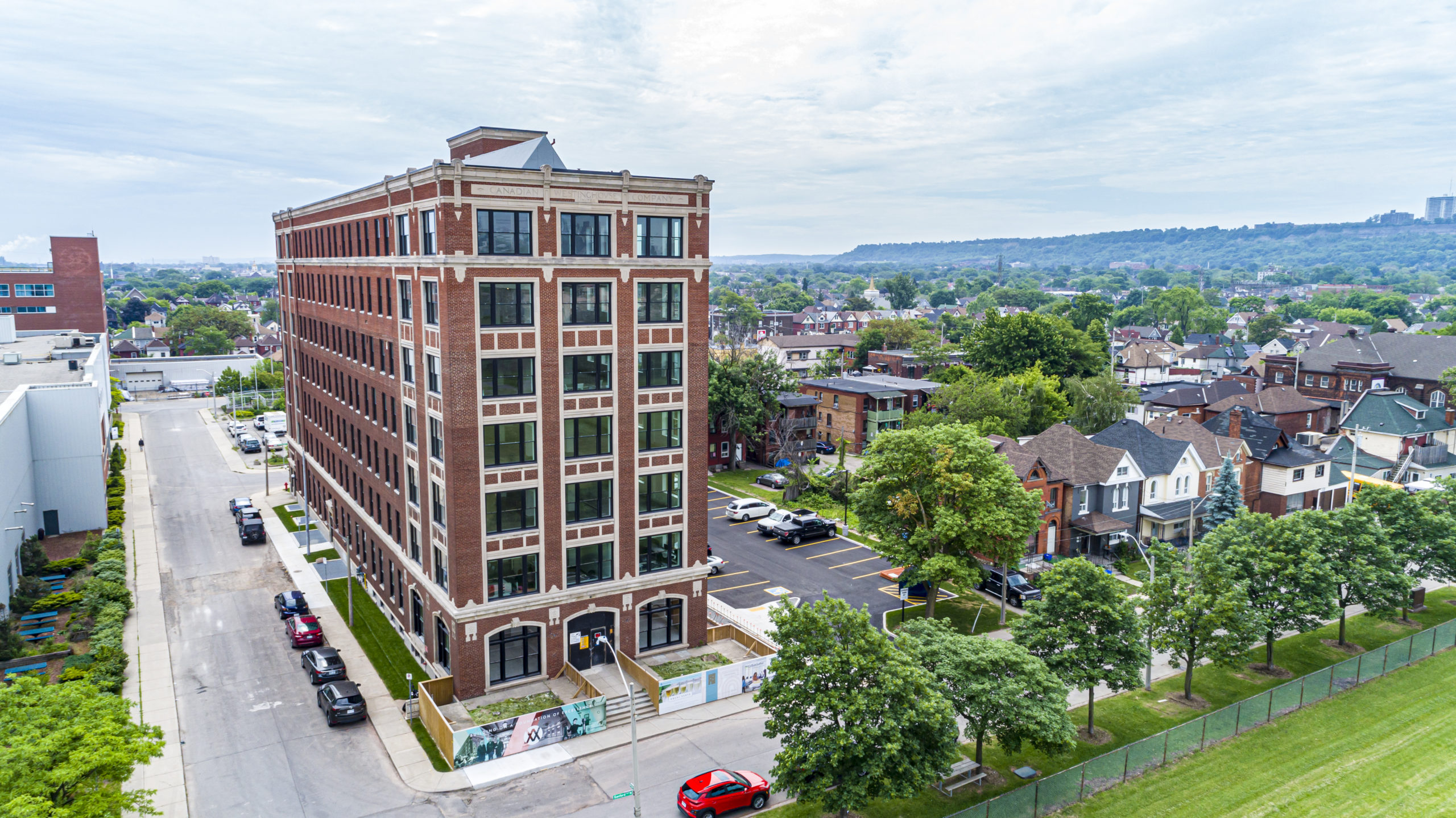 Constructed in 1917, the Canadian Westinghouse Company Headquarters was sold in the late 1980s and remained empty for decades until...