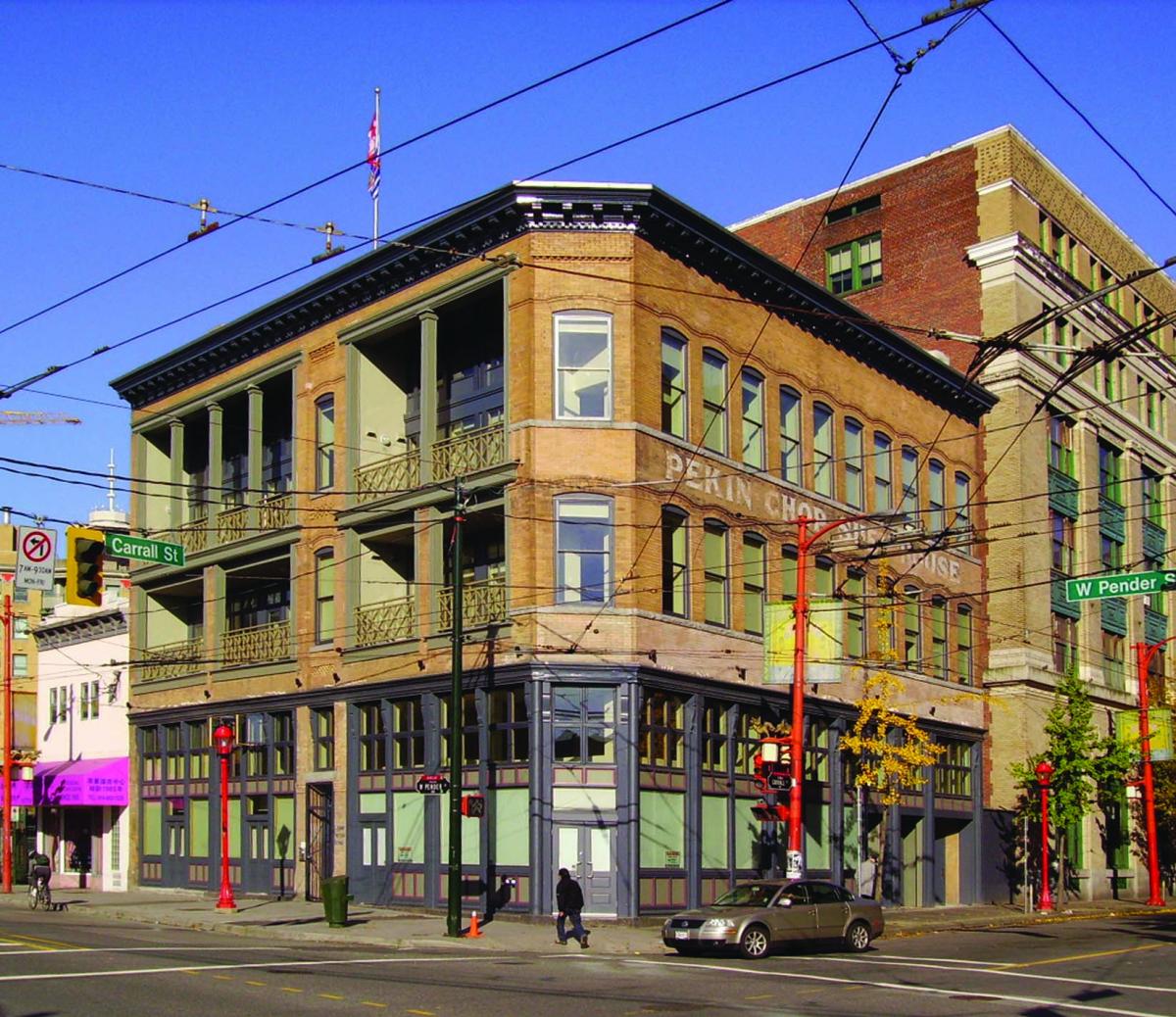 Built in 1907, the Chinese Freemasons Building is the only building with a “Chinatown” character on Pender Street. The rehabilitation project (2004-2007) restored the distinctive façade to its original character and proportions. The major adaptive use involved the conversion of the building into 11 self-contained residential units that include modest homes for seniors, bringing diversity and vitality to the area. Portions of the ground level were restored for commercial use, allowing the return of an original tenant, Modernize Tailors, which is still owned by the same family. Seismic building code demands were creatively handled. Care was taken to replace lost heritage-defining elements such as the exterior railings, missing columns, baseboards and flagpole. Pressed metal cornices were repaired and reinstalled and exterior cleaning exposed a large sign of another original tenant, the Pekin Chop Suey House, which contributes to the historical significance of the property. 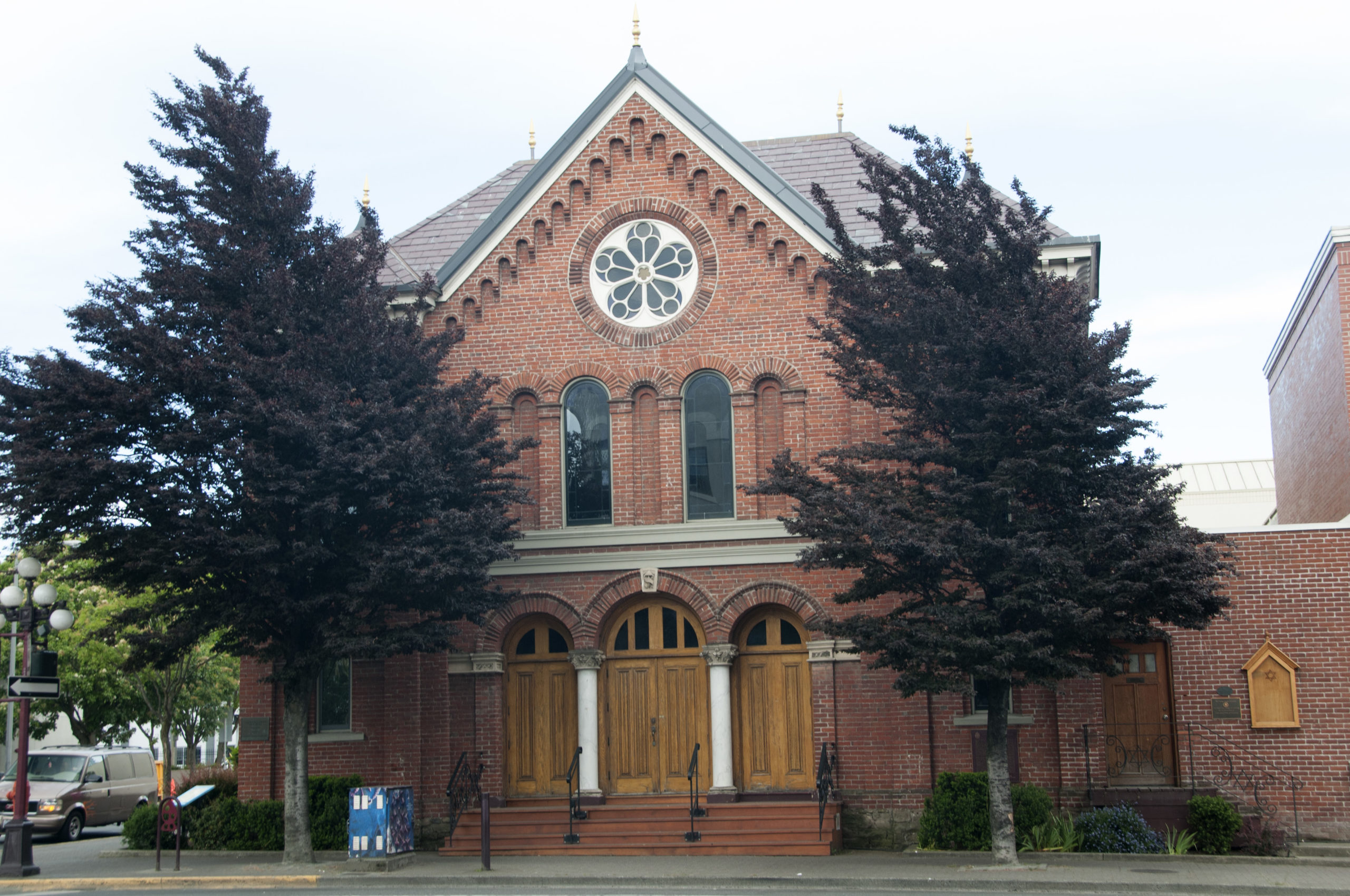 As the oldest surviving synagogue in Canada, Congregation Emanu-El holds inestimable heritage value. It was built in 1863 by a...