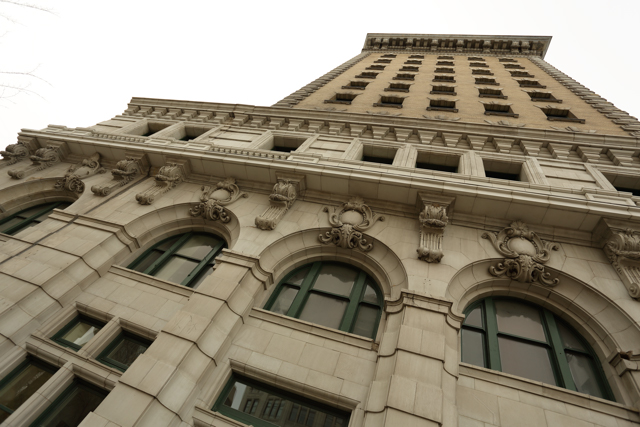 Winning Back Winnipeg: The History of Conservation in Manitoba’s Capital City

By Irene Galea & Cindy Tugwell
With notes from David McDowell

“Looking back at the organization of Heritage Winnipeg it would be very easy to become nostalgic. I prefer to join in celebration of a race well run, one that still goes on.”

These words were written for Heritage Winnipeg in 2018 by David McDowell, a conservationist whose dedication to heritage impacted communities across the country. Through his work as president of Heritage Winnipeg, president of the Manitoba Historical Society, and as governor for the National Trust for Canada, McDowell recognized and shared the importance of his city’s history. Sadly, McDowell passed away in the summer of 2019. Continuing in his footsteps is Cindy Tugwell, Executive Director of Heritage Winnipeg since 1992, and former National Trust for Canada governor.

As McDowell noted, heritage advocacy is a race that still goes on. And, as with everything in the field, understanding the conservation movement’s history is key to determining its future.

The history of the conservation movement in Winnipeg is one mirrored in cities across the country.

After World War II, the grand buildings built at the turn of the century fell into disuse as urban sprawl drew the population away from the historic core. The next several decades, spanning from the mid-70s to the present day, would see both wins and losses, but ultimately a turn towards conservation and adaptive reuse through the growing relationships between advocacy groups, local governments and private organizations. Such is the story of heritage in Manitoba’s capital.

With the development of the grain industry in Winnipeg at the turn of the 20th century, the city blossomed. As the city grew in population and wealth, Neoclassical banks began to populate the downtown core. Nearby, gargantuan warehouses were constructed to keep up with the pressures of industry. By 1911, Winnipeg was Canada’s third largest city after Toronto and Montreal, numbering almost 140,000 inhabitants.

Urban growth continued until the Second World War, after which families began to move to the suburbs. With fewer people to occupy, patronize and support the downtown core, city planners started to regard the area with a critical eye – and through a bulldozer windshield. McDowell recalled in his writing the events of 1962:

“The City replaced of the original gingerbread City Hall, against the wishes of many, with the starkly modern assemblage of buildings on that site (ironically now deemed of heritage value since it has lasted more than 50 years!).”

Over the next decade, people interested in preserving Winnipeg’s heritage saw many historic buildings demolished – and they were alarmed. Their advocacy drew the attention of the National Trust for Canada, then Heritage Canada, which had been established in 1973. Three years later, after completing a study recognizing the city’s need and potential, the National Trust committed $500,000 to the Winnipeg heritage conservation area over a five-year period, finding that the condition of these buildings “permitted easy adaptation to modern requirements.” However, according to Tugwell, local attitudes towards heritage were still ambivalent.

“There were no heritage bylaws, no understanding from the local government of how to meet building code, and no real desire to keep much of the historic Exchange district intact,” says Tugwell. “Much of the area’s buildings were vacant and deteriorating – leaving them vulnerable to demolition.”

In 1978, it was suggested that the Imperial Bank of Commerce, a beloved 1910 neoclassical construction, and its neighbor the Bank of Hamilton, be razed to make room for a parking lot. Many, like McDowell, were furious.

“The heritage and historical community came out in force to carry placards crafted in my basement, offloaded under the fussy eyes of security guards at the Lombard side of the Richardson Tower,” wrote McDowell, “and the group assembled behind my bullhorn proceeded into a northwest cold wind up Main Street to City Hall.”

Public outcry from outspoken citizens led to the creation of Heritage Winnipeg, which was established with support from the city, the province and the National Trust for Canada. Through the efforts of McDowell and many others in the community, the Bank of Commerce and Bank of Hamilton were saved – and the former is now managed by Heritage Winnipeg, renamed the Millennium Centre.

At the end of this year, the community was optimistic – as were organizations across the country. “All the elements are now in place,” notes the National Trust’s Annual Report 1977-78. “Historic Downtown Winnipeg will become one of the great attractions of the Canadian West.”

However, the coast was not yet clear: conflict would continue into the next decade.

Although once seen as the “gateway to the west,” occupying the foremost position over other urban prairie centres, by the 1980s, Manitoba’s economy was faltering – dropping to rank seventh of all the provinces. Federal planners, hoping to reinvigorate the once-thriving centre, took on a new project: The Core Area Initiative.

Launched in 1981, the urban regeneration project comprised $196 million in expenditures, making it one of the largest revitalization efforts in Canada’s history. Spanning three levels of government and ten years, the initiative helped to reinvigorate the city’s downtown core. This initiative spurred some of the first reuse projects in Winnipeg, says Tugwell, who credits heritage-conscious developers like Tom Dixon for leading the charge.

“He did one of the first heritage rehabilitation projects in the East Exchange – the Donald Bain Building. When you’re a pioneer, there’s huge risk,” says Tugwell. “He also pushed the envelope by working with the city to make heritage designations more flexible, so they wouldn’t be a death sentence for the building, freezing it in time for perpetuity.”

However, while the Core Area Initiative brought life to the downtown core, areas nearby were still suffering. During the 1980’s, several blocks of heritage buildings on the north side of Portage Street were demolished to make room for Portage Place, a mall designed to attract visitors to downtown. The heritage community still considers this a major loss for the city – now, the mall continues to reinvent itself, as the property undergoes a change of ownership as of August 2019.

Near the end of the decade, in 1997, the federal government declared the Exchange District a National Historic Site. At that point, says Tugwell, the city was finally understanding what kind of a gem it had – a streetscape that largely hadn’t changed in 100 years. The designation led to a push to designate other buildings downtown, a mission that continue to be upheld to the present day.

The dawn of the new millennium saw a controversial new project in Winnipeg’s core. The Eaton’s Department Store building, a 1905 Chicago-style steel and glass mainstay, was slated for demolition to make room for a new sports centre. Heritage Winnipeg tried to find a new tenant for the building, which had been empty since it went out of business in 1999.

This search, says Tugwell, as well as increased general awareness of conservation, sparked the CentreVenture Development Corporation. Formed in that year by Mayor Glen Murray, it was mandated to divest city-owned heritage properties in the downtown.

“He realized, as did many others within the heritage movement, that the city should not own heritage buildings because they were all dilapidated and falling apart,” said Tugwell. “He started CentreVenture to divest city-owned properties to property owners and developers who could take care of them.”

Unfortunately, the Eaton’s building was eventually demolished in 2003. However, the financial support from CentreVenture, the city and the province successfully led to the divestiture of other publicly owned buildings to private developers. Along with the brand new Exchange Waterfront development along the Red River, this created residential property and a downtown atmosphere not seen since before so many Winnipeggers moved to the suburbs several decades earlier.

Eaton’s building. Photo is a courtesy of Heritage Winnipeg

In the last decade, Heritage Winnipeg has advocated for the preservation and designation of numerous sites, including the former Royal Bank and the Bank of Nova Scotia, and the Capital and Metropolitan theatres, with mixed results while nonetheless garnering widespread support.

“Through the designation of the Exchange District, and the successes of tax support for buildings such as the one used to turn the facades on Princess Street into the vibrant Red River College,” wrote McDowell, “citizens of Winnipeg have developed a better understanding of heritage issues and have given us greater support.”

Indeed, the city has recently seen increased attention to heritage preservation. Tugwell estimates that since 1985, developers have invested several billion dollars for heritage conservation, maintenance and rehabilitation in the core. This has further aided the local economy by creating more skilled jobs, attracting Hollywood productions and providing space for non-profits, artists, businesses and institutions. Fortune and McDonald Block and the former Masonic Temple each recently received $4 million worth of investment for renovation. In 2014, the modernist City Hall was designated as a heritage building. Heritage Winnipeg’s heritage tours are booming – 50% come back every week, says Tugwell. Very few buildings in the Exchange are vacant, she says, and she’s hopeful that heritage is finally catching on in a big way.

“I see a huge movement now with the private sector, where they’re wanting to work with Heritage Winnipeg and figure out the problems together,” said Tugwell. “Before, you wouldn’t even hear from them – they thought we were the enemy. Now, they’re reaching out to us for support.”

However, conservation is a constant project. Currently on the go: keeping an eye on the soon-to-be vacant Bank of Montreal building at Portage and Main, advocating for one of the last of three Carnegie libraries in the city, and building more cooperation with the local government.

Tugwell says this involves emphasizing the value and the economics behind Winnipeg’s built heritage, including the funds brought in by heritage tourism, Hollywood firms, the employment of heritage tourism, and the availability of new spaces for small businesses. This includes working to have the city revise the Vacant Buildings bylaw – to disallow building owners from leaving buildings vacant for long periods, which puts them at risk for demolition by neglect.

“In most cities, protection comes from the local government, and that’s why I want to really emphasize the importance of working with local government. Friend, not foe.”

Together, Tugwell hopes that these projects will help preserve the city’s built heritage for future Winnipeggers, Manitobans and Canadians alike.

“I call it a living art gallery – a livable, walkable art gallery,” says Tugwell. “It’s there for everyone to enjoy. We’re simply here to make this a great community for generations to come – so that years from now, people will say, ‘wow, thank God they protected it.’”