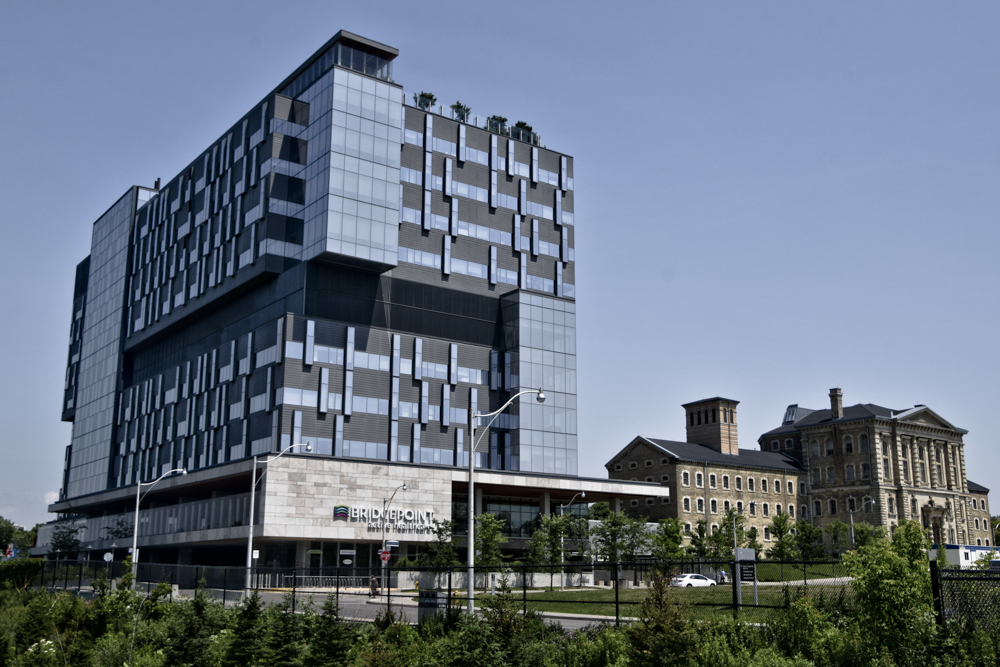 In 1832 the Town of York experienced an epidemic of cholera. In 1834, the year York was renamed Toronto, cholera returned. In 1847 more than 38,000 Irish famine refugees poured into Toronto, their number almost twice that of the population of the young city. They brought with them typhus – ship fever. The sick were treated with as much skill as the medical knowledge of the time allowed and with more compassion than might have been expected – at terrible cost to those who gave it. 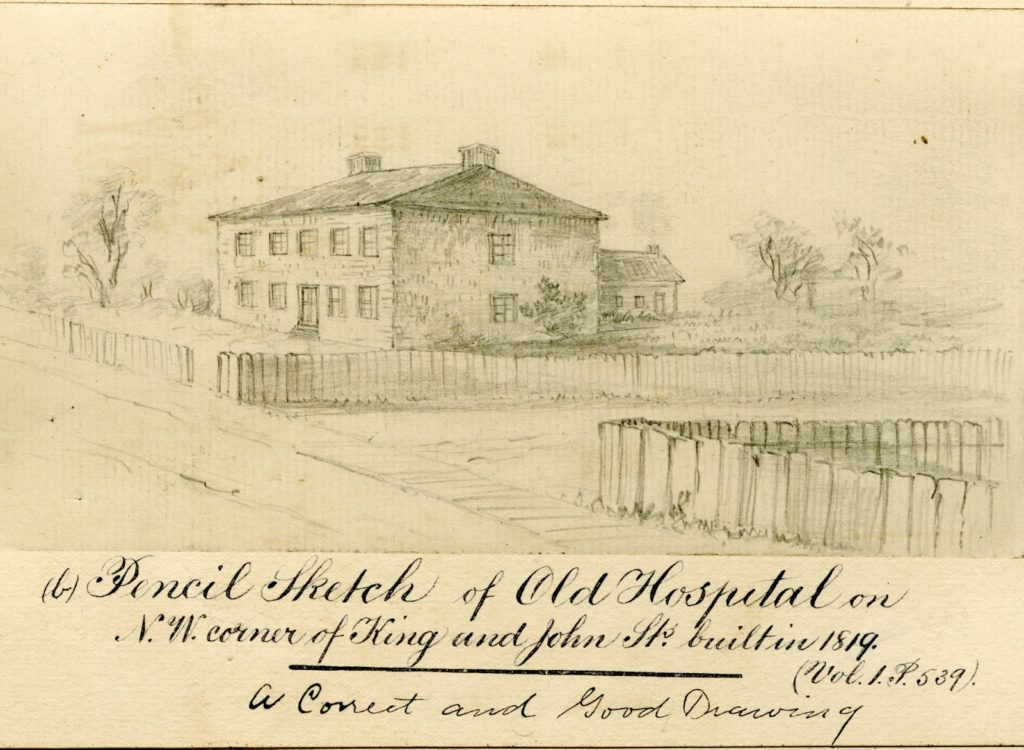 Toronto’s First General Hospital, built 1819, opened as a hospital 1829 on a site that is now occupied by the TIFF Bell Lightbox, home of the Toronto International Film Festival. During the epidemics of 1832, 1834 and 1847 it was filled to overflowing with patients who were cared for in fever sheds around it. Source: Toronto Public Library TPL: B1-36b

Toronto’s first epidemics would be far from its last but they set a standard of learning from experience for legislation in public health that made the city safer and readier than it would otherwise have been for the many epidemics that would come in future, each one as shocking, as confounding and as demanding on humanity and ingenuity as an alien invasion. Almost 200 years later, in the year of COVID-19, that process of learning through experience continues. In the past it has made the world safer and wiser than it was before – at least temporarily. Let us hope it will again – this time permanently.

Bridgepoint Active Healthcare, by HDR, Diamond Schmitt, KPMB and Stantec Architects, 2013. Built on the site of The House of Refuge that opened in 1860 to to provide shelter for “incurables, incapables and indigent poor”. They were also known as “vagrants, the dissolute, and idiots”.
(To the right, the Don Jail, last project of William Thomas, Architect, completed 1864, now the offices of Bridgepoint Health.)

This is the introduction of a story by Richard Longley published in NOW magazine.
Read the full story here.