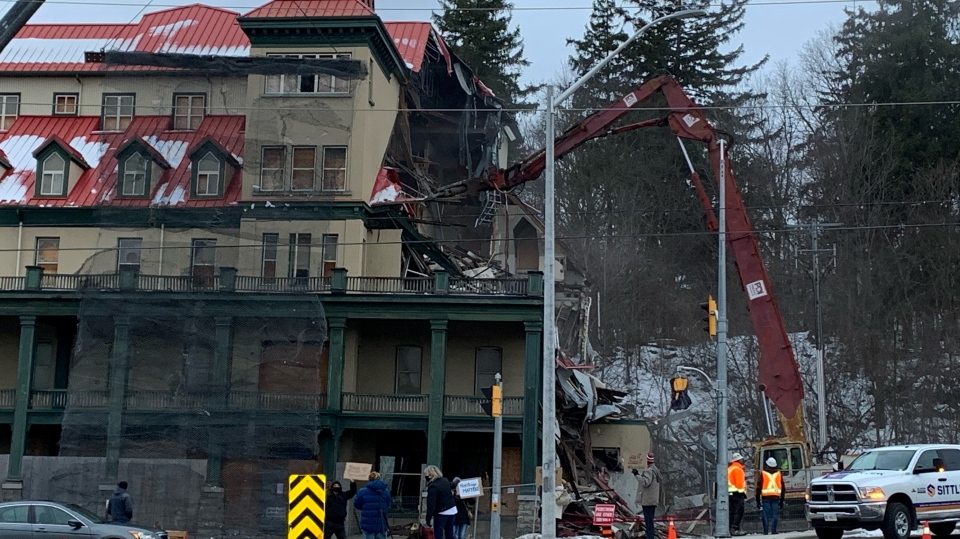 With arson and wildfires, rising land values, industrial development and housing pressures taking their toll, it is a dangerous time to be an older building or heritage landscape in Canada.

Too often, heritage places are lost with little notice beyond a flash of local media attention. What factors contributed to their destruction, and are there broader lessons to be gleaned? The National Trust’s Worst Losses List is an opportunity to capture the stories of some of these lost places before they fade from memory, and to spotlight systemic issues that hopefully spark national discussion and change.

When we started scanning for potential lost places for the list, we were sorry to discover there were plenty to choose from. In Quebec alone, an enterprising group of activists, academics and planners had quickly assembled a list this past January of 82 heritage places destroyed in the province in 2021: over 50 heritage houses, two covered bridges, as well as mills, train stations, and churches – an alarming 23 lost to arson. Here, then, are the first half-dozen sites selected for National Trust’s 2021 Worst Losses List. While by no means exhaustive, this west to east list seeks to spotlight a representative range of heritage place “types” lost this past year. Please stay-tuned for Part 2 of the List in Locale’s next issue. 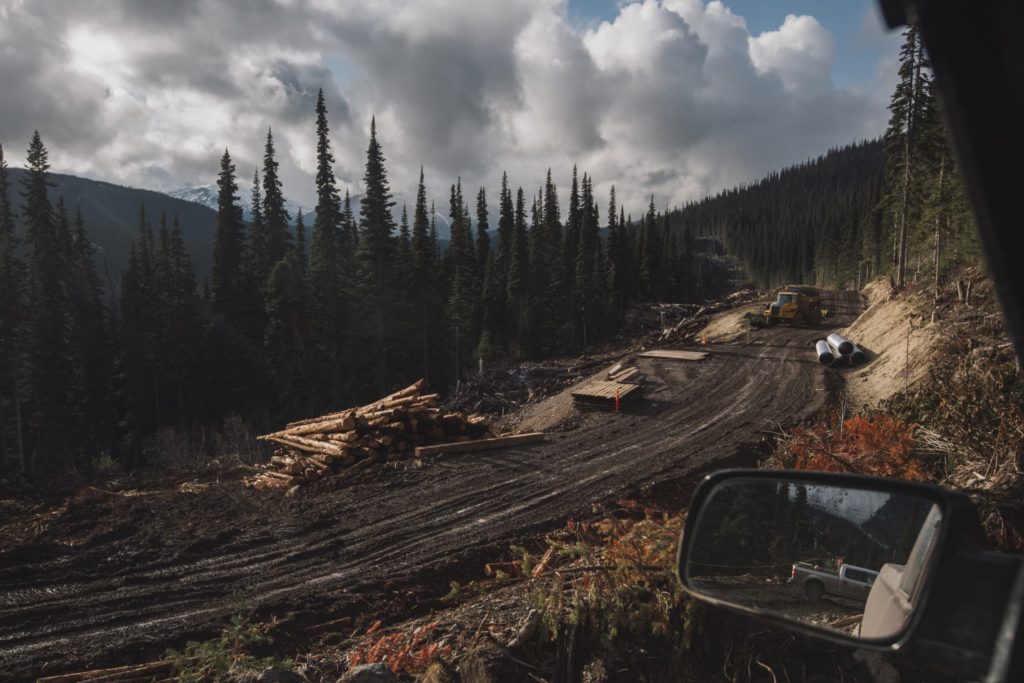 Why it’s significant: The Wet’suwet’en First Nation’s territory in central interior British Columbia is rich in both tangible and intangible cultural heritage. According to Wet’suwet’en oral history, the Kweese War Trail is lined with the buried bodies of warriors who lost their lives avenging the murder of Chief Kweese’s wife and son. Archaeological fieldwork conducted from 2013 to 2015 found the portion of the Coastal GasLink pipeline corridor that crosses Wet’suwet’en territory is rich in archaeological sites. A report submitted to provincial regulators in early 2016 identified 85 archaeological sites, 65 of which have stone tools present. An additional 14 sites were found to contain culturally modified trees and seven sites had evidence of previous human occupation.

How it was lost: Construction of the Coastal GasLink pipeline began in 2019 and involved the loss of some archaeological sites.  The project was assessed, legally permitted, and approved by the Wet’suwet’en First Nation and others along the pipeline route because it was seen as guaranteeing an environmentally responsible alternative to generations of poverty. Other groups and individuals, however, have questioned the consultation process and continue to protest the project. 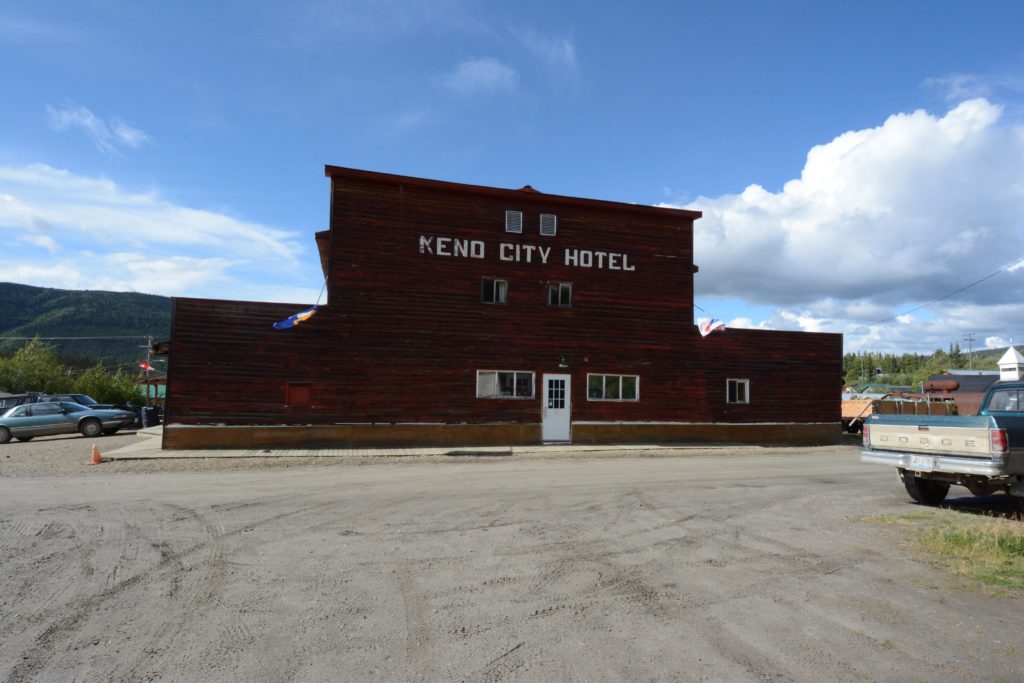 Why it’s significant: Keno City is a former mining boomtown about 335 kilometres north of Whitehorse. Built in the early 1920s, the Keno City Hotel was one of five hotels built after the discovery of silver and lead ore deposits. The hotel was a local landmark and key community gathering place for Keno City’s two dozen residents and a welcoming venue for Yukon’s arts scene. Legend has it that the ghost of Frank White, an owner of a mine nearby, haunted the downstairs bar after his death in 1958. In 2006, the hotel underwent an extensive restoration by a new owner, which earned a Yukon Heritage Award in 2015.

How it was lost: The hotel caught fire on December 11, 2020. With no local fire department and no pumped water source, the fire could not be dealt with in time to save the building. 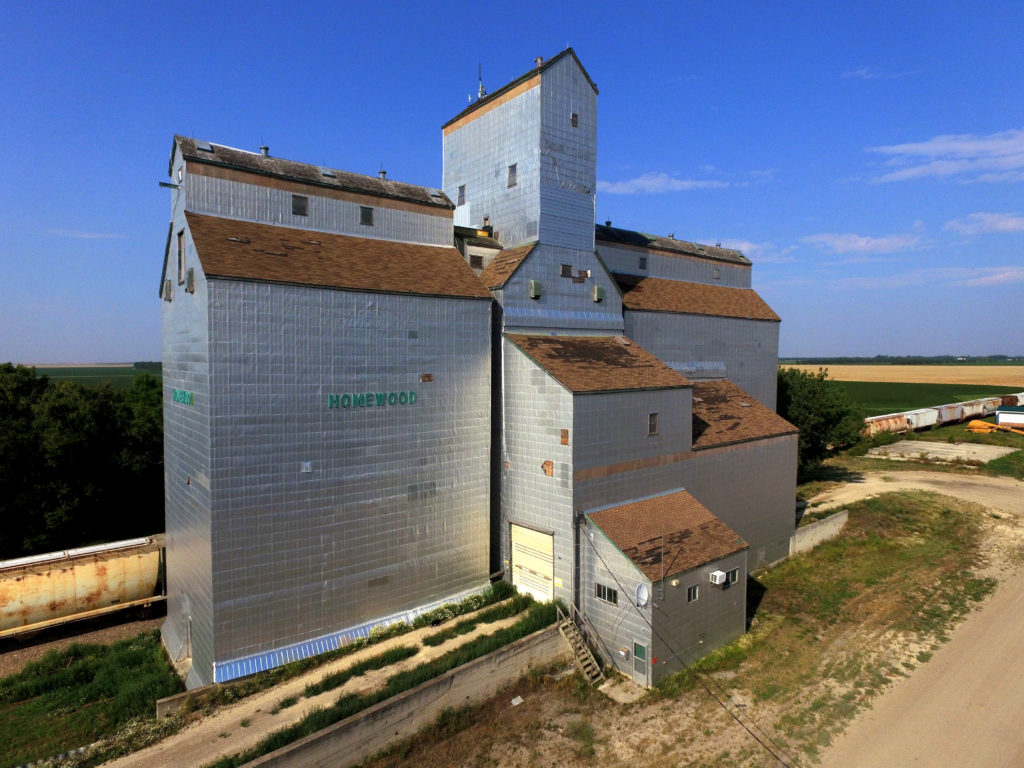 Why they’re significant: Few buildings symbolize the early settler history of prairie Canada better than the wooden grain elevator. Towering over town centres and emblazoned with their names, these iconic structures form an integral part of local identity and serve as touchstones for the surrounding agricultural landscapes. Once numbering 6,000, only about 700 wooden grain elevators are left: roughly 110 in Alberta, 420 in Saskatchewan, and 150 in Manitoba.

Elevators are victims of larger social and economic forces, including rural depopulation and the growing automation of agriculture. As farms grow larger, measuring thousands of hectares, along with the increased size of equipment needed to work the land, farmers now routinely use large semi-truck trains to haul their grain to market. Older wooden elevators simply don’t have the access for these large vehicles, storage for huge quantities of grain, or enough railway track space for loading to be economically viable. Older elevators are demolished in favour of a few very large concrete ones in strategic spots between towns.

How they were lost: Poorly maintained for years and often located on active rail lines, many wooden elevators have lost their economic functions and become liability concerns. In 2021, no fewer than nine grain elevators were lost to demolition in Manitoba, located in Brandon, Homewood, Lowe Farm, Mentmore, Niverville, Winnipegosis, and Pierson. In Saskatchewan, losses include two Estevan area elevators torn down along with the loss to fire of the iconic “Dog River” Grain Elevator in Rouleau, made famous by the long-running Canadian sitcom “Corner Gas.”

Why it’s significant: Built in the 1880s, the Preston Springs Hotel was an iconic landmark on a prominent thoroughfare in Cambridge for 137 years. Famous for its mineral baths, it became a top health spa in North America, as well as a luxury hotel, attracting celebrities such as Babe Ruth, Lucy Maud Montgomery, and Lord Stanley, Canada’s 6th Governor General. In the 1960s, the massive hotel was converted to a retirement and long-term care facility. When it closed in 1990, the building was abandoned and the subject of a series of failed re-development plans.

How it was lost: In 2020, the advanced state of deterioration raised concerns about the structural soundness of the former hotel. An estimated $3 million was required to bring it up to minimum safety standards, and without a new purpose the City of Cambridge felt the only option left was to de-designate the building and demolish. On December 31, 2020, the Architectural Conservancy Ontario (ACO) Cambridge received a court injunction to stop demolition, but demolition had already started leaving the hotel dangerously destabilized. There was no choice but to complete the demolition.

Why it’s significant: The Masson station was the last historic railway station in the City of Gatineau. Erected in 1877, the station was a key contributor to the development and economic growth of the area, especially the pulp and paper industry. The building had been built by Quebec’s first provincial railway, the Québec, Montréal, Ottawa and Occidental Railway Company (QMO&O), and originally linked Montreal to the former City of Hull. In 1990, the CPR-owned station was designated as a Heritage Railway Station by the Historic Sites and Monuments Board of Canada.

How it was lost: After years of neglect, the station’s roof collapsed in March 2021, and the rest of the structure was subsequently demolished in May. Municipal and provincial governments cannot designate railway stations, because only the federal government can regulate railway property. While the federal Heritage Railway Stations Protection Act (1982) stops immediate demolition, it does not require ongoing station maintenance, leading to demolition by neglect scenarios each year. 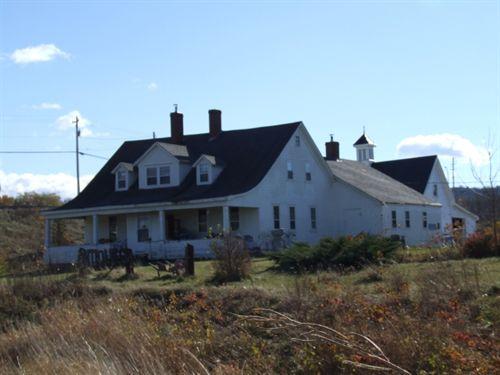 Why it’s significant: Reid House was a prominent roadside landmark on Highway 101 connecting Wolfville and Halifax. Built around 1760, the large two and a half-storey wooden house with bellcast roof and various outbuildings had served many purposes over the years, including as a court, tavern, stagecoach stop and hotel, post office, and election polling station. It received provincial heritage property status in 1993.

How it was lost: Local heritage advocates had recently been in discussion with developers about ways to use the vacant house and outbuildings. On December 6, 2020, however, heavy equipment moved in and quickly demolished the house and other buildings, to the shock of local residents and provincial authorities. A Halifax-based developer and his development company are charged with two counts of demolishing a heritage property without approval under the Heritage Protection Act, and two counts of excavating a protected site without a permit under the Special Places Protection Act.

Systemic Issues: The Stories Behind the Worst Losses: Some 2021 Worst Losses, like the fire that consumed the beloved Keno Hotel, were simply tragic accidents. Most heritage places, however, were undermined by a combination of overt challenges and underlying systemic issues. Here are some notes on key issues the National Trust is working on: 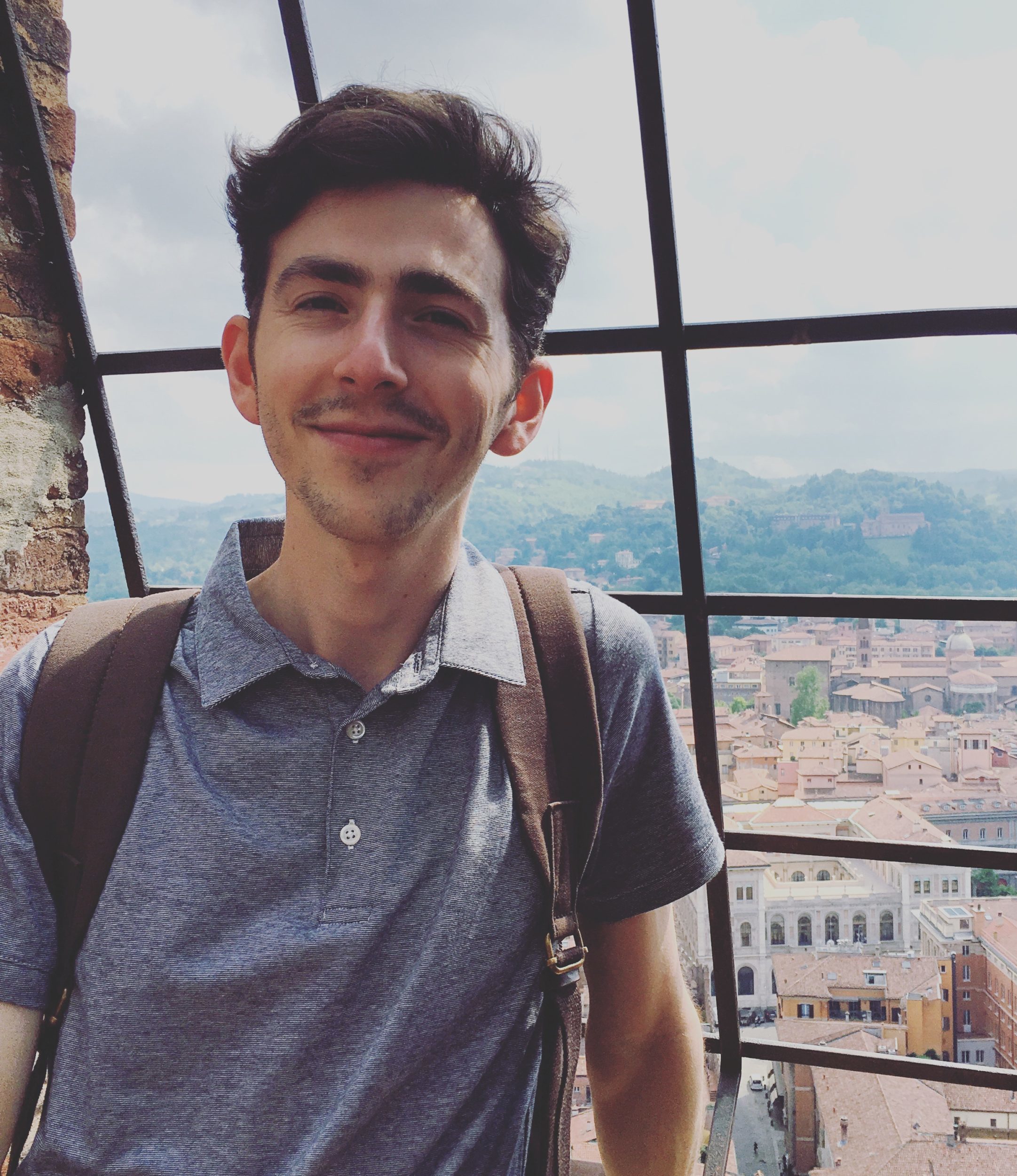 Micah Norris is the National Trust’s Endangered Places intern. As a young professional in heritage, he is excited about the role heritage plays in strengthening communities across Canada. He is a graduate of Carleton’s Heritage Conservation program and holds a BA in History from Queen’s University.