Climate Strike 2019 on Parliament Hill, in Ottawa ON. Photo by Vanessa Arseneau

News reports say that about 1 million Canadians gathered across 85 locations in the country for the Climate Strike last week. As heritage advocates, when we promote adaptive reuse and fight against demolition, we are all climate activists!

Only days before the strike, the historic Risteen Building in Fredericton, New Brunswick was reduced to a pile of rubble. 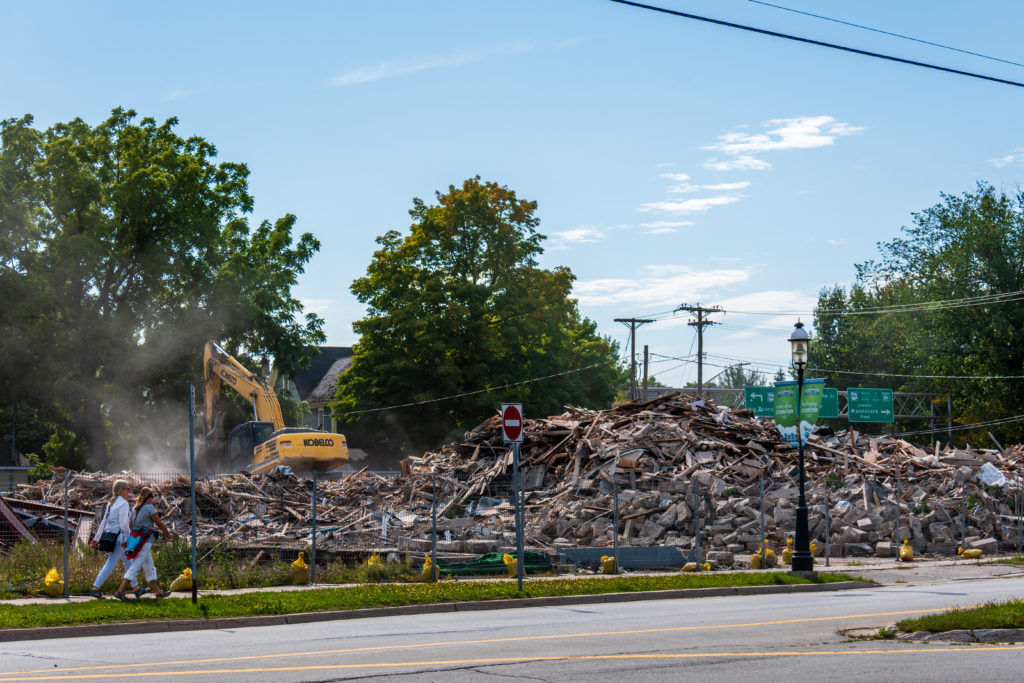 How ironic that we dutifully recycle our pop cans, but can’t seem to get our act together to systematically promote re-use of existing buildings – arguably our largest consumer good. Demolishing and rebuilding creates millions of tons of construction and demolition waste – in Ontario alone, 14.2 million tonnes a year, which represents about 2 million tonnes of CO2.  As Carl Elefante, former president of the American Institute of Architects famously said, “the greenest building is the one that is already built.”  A study called The Greenest Building: Quantifying the Environmental Value of Building Reuse backs up that claim, showing that even new buildings built to be 30% more energy efficient than average would take several decades to overcome the negative climate change impacts of their construction.

Mark Gorgolewski, professor at Ryerson University and featured speaker at the National Trust Conference in Winnipeg later this month, says it is imperative to repurpose as many existing buildings as we can.  “Our resources are pushed to the limits and waste is widespread. If we’re going to sustain our lifestyles, [re-use] is going to have to be our new normal.”

This is why heritage conservation and traditional practices are critical to a sustainable future.

Before we see more of our beloved historic places like Fredericton’s Risteen Building end up in landfill, we need robust strategies at the local, provincial and federal level to keep historic commercial properties, older homes, former industrial sites and surplus faith properties out of the landfill. The Risteen building in Fredericton, NB before its demolition. Photo by Jason Jeandron

Adapted from an opinion piece by Natalie Bull published in the Daily Gleaner, Fredericton NB, on Sept 25, 2019