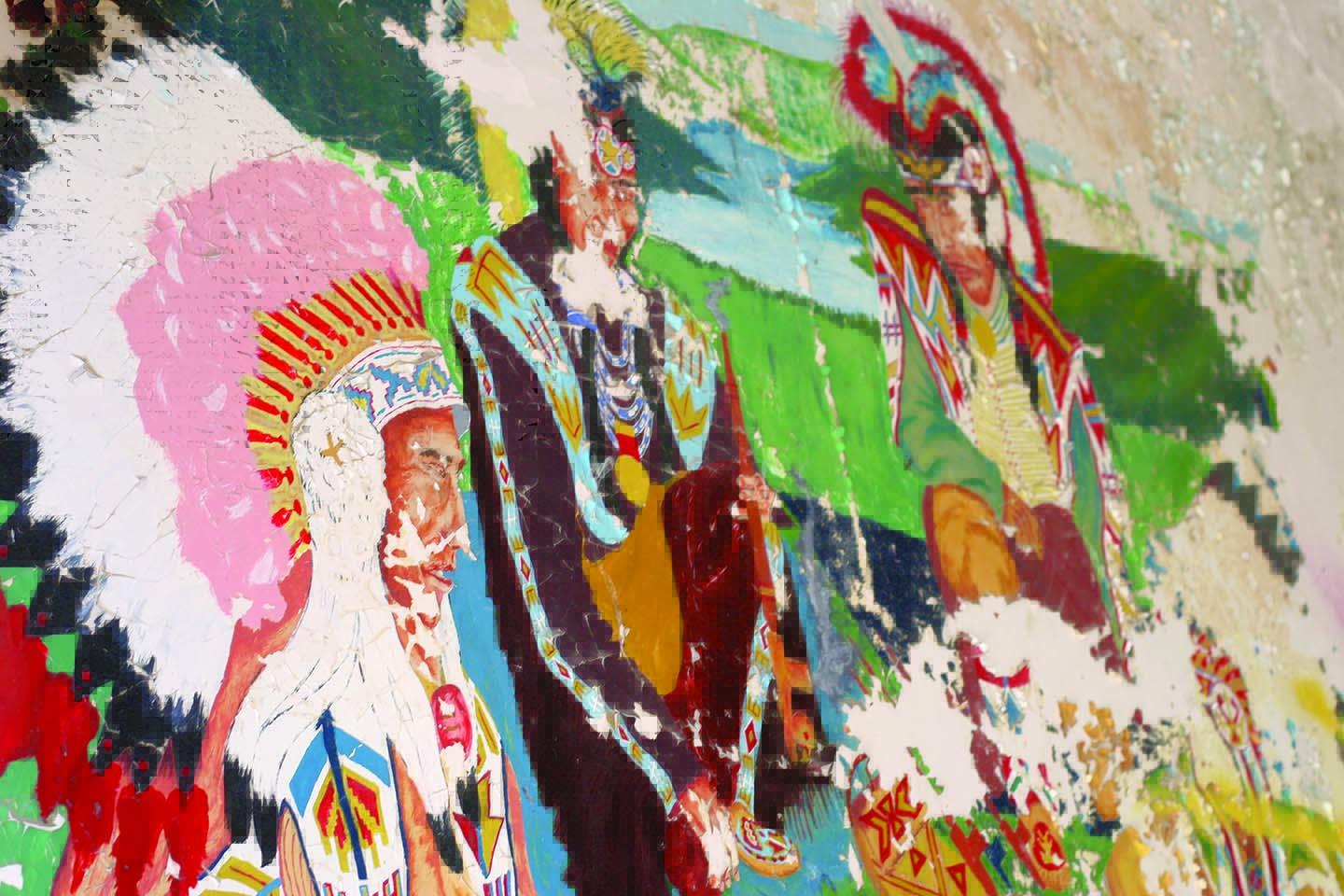 Honouring the Truth: the Physical Legacy of Canada’s Residential Schools

2017 promises to be an extraordinary year as Canada positively sizzles with national celebrations marking the 150th Anniversary of Confederation.

While we look forward to all the fireworks and festivities, a nation-defining milestone of equal importance came with the release of the Truth and Reconciliation Commission of Canada’s (TRC) Final Report in December 2015. This devastating report should act as an important counterbalance to the cheerful flag-waving that will come so easily this year. It shows that the project of building an equitable country, honest about its past, remains unfinished.

The culmination of seven years, 7,000 witness statements and five million documents from church archives and government departments, the TRC report chronicles the dark legacy of Canada’s Indian Residential Schools, the federally-funded, church-operated assimilation program that existed from the 1870s to 1996. The impact of these schools has reverberated through generations of survivors and their extended families and communities, leaving an intergenerational legacy of trauma, and a broken relationship between Indigenous peoples and other Canadians. The TRC report is difficult to read, but of vital importance to all of us, particularly in this anniversary year.

“Getting to the truth was hard,” wrote the commissioners in the preface, “but getting to reconciliation will be harder. It requires that the paternalistic and racist foundations of the residential school system be rejected as the basis for an ongoing relationship. Reconciliation requires that a new vision, based on a commitment to mutual respect, be developed. It also requires an understanding that the most harmful impacts of residential schools have been the loss of pride and self-respect of Aboriginal people, and the lack of respect that non-Aboriginal people have been raised to have for their Aboriginal neighbours. Reconciliation is not an Aboriginal problem; it is a Canadian one. Virtually all aspects of Canadian society may need to be reconsidered.”

Given the hard work ahead of all of us, what role can the heritage conservation community play in this ongoing process of reconciliation? In fact, the Commission’s 94 Calls to Action touch every sector of society, including heritage organizations, who are called upon to work with survivors and Indigenous organizations to commemorate the history and legacy of residential schools. Ry Moran, Director of the National Centre for Truth and Reconciliation, underscored the importance of the physical fabric of Canada’s remaining residential schools during his keynote address at the National Trust conference in Hamilton this past October. Of the 139 schools built across the country, he explained, only an estimated 17 remain. Some have been repurposed – several as Indigenous education centres – while others sit abandoned and vandalized and, one of them, Red Crow Community College (formerly St. Mary’s Residential School) near Cardston, Alberta was destroyed by arson in August 2015.

For Moran, these former residential school properties are sites of conscience that represent difficult and tragic heritage but are of vital importance as repositories of truth – not unlike survivor statements and archival documents – so that we can never forget this truth as a society. “These places represent a critical history that we all need to remember as a country,” says Moran. “This is a real opportunity for the federal government to look at designating certain schools as sites of conscience. These decisions will need to be made in close collaboration with the Indigenous community as well and in many cases communities are ready and awaiting engagement.”

Within minutes of meeting Natalie Bull, Executive Director of the National Trust for Canada, Ry Moran also challenged the Trust to consider its role in preserving these places. “This is an important discussion for us,” says Bull, who struck a Memorandum of Understanding with the nascent Indigenous Heritage Circle in 2016 and is backed up by a Board of Directors firmly committed to playing its part in reconciliation.

In October 2016, the Board passed a resolution adopting the 10 Principles of Reconciliation – not only to signal its support but also to ensure that the charity’s work will become increasingly relevant for places that matter to First Nations, Inuit and Métis people. Lorna Crowshoe, a Piikani First Nations member from Southern Alberta and a member of the National Trust’s Board since 2015, is helping the organization reflect and find its path. “Aboriginal communities are usually looked at as ‘needsbased,’ says Crowshoe, “But we need to look at Aboriginal people, sites, culture and language with an ‘asset-based lens’. There needs to be a shift in how Canadians perceive Aboriginal people. The National Trust can help make that shift by looking at Aboriginal communities’ contributions to Canada and to heritage places.”