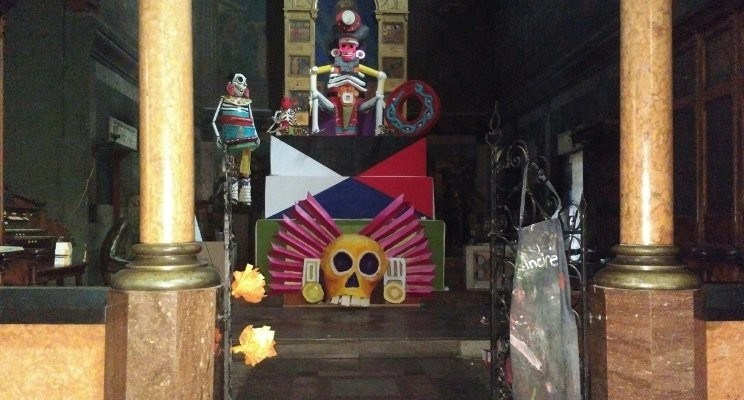 Today I’m continuing my exploration of Faith/Arts Cohabitation with a quick tour of two great spaces in Philadelphia. In October 2017, I was there working with ArtsBuild Ontario, Faith & the Common Good and the Toronto Arts Council (funded by the Metcalf Foundation) examining a variety of working models for mutual support between arts and faith groups.

First up was Congregation Rodeph Sholom founded in 1795 and finding a permanent home at its current location in 1871.

The synagogue houses The Philadelphia Museum of Jewish Art, which is dedicated to exhibiting contemporary art that illuminates the Jewish experience. The PMJA (an integral part of the synagogue, managed by a committee of members) curates and hosts exhibitions of work in a range of mediums by artists of diverse backgrounds. In addition to its special-exhibit gallery, the Museum features a permanent collection of works by accomplished artists, including William Anastasi, Chaim Gross, Tobi Kahn, Joan Snyder, Shelley Spector, Boaz Vaadia and Roman Vishniac (www.rodephshalom.org).

The staff generously took us through four galleries of modern work in every conceivable medium (photography, paint, lithograph and even neon) and through the Obermayer Collection of Jewish Ritual Art. While the galleries are not generally open to the public they host many school groups on a weekly basis.

In addition, we toured their stunning temple, which is directly in the middle of the building, surrounded by the gallery hallways. The temple was filled with mosaic work in glittering jewel tones. Coming up they are hosting a theatrical work for the public in the temple and are excited to pursue this new direction.

Next, Karen Di Lossi of Partners for Sacred Places took us to the Fleisher Art Memorial. Acquired in 1922, Fleisher is a former Episcopal Church of the Evangelist. There is no longer a congregation resident, but the community work happening in this full repurpose is stunning. It was originally purchased by worsted yarn mill owner Samuel Fleisher, who converted the space to house his private collections of paintings and sculptures and elected to make it available to neighborhood residents.

At the time of our visit there was an amazing Day of the Dead exhibit in the former sanctuary, created by the students of the centre. The power of that exhibit was greatly amplified by its position in a former church space, the slight decay of the old church frescoes adding to the exhibit immeasurably. There was also a sculpture exhibit and various rooms set up in preparation for classes.

“The Sanctuary, as Fleisher dubbed it, was open regularly and students were encouraged to study its works of art and draw from them. Students were also invited to frequent concerts and recitals, and they had access to the Steinway baby-grand piano. It was a unique kind of museum; eclectic, accessible and lively, open in the evening, with working people in mind.” (www.fleisher.org). Following Fleisher’s death, the Philadelphia Museum of Art took over the building and in 1983 Fleisher Art Memorial became its own separately incorporated not for profit and now curates the building and its events.

I love the concept of a living museum being created and co-curated by the users in real time! The exploration of other faith spaces connection with the arts is already adjusting part of our practice at Trinity-St. Paul’s. This week will see us install a gallery hanging system in the narthex (lobby in theatre speak). The opportunity to enhance our (or our arts partners’) offerings with a visual display opens up a breadth of interaction that we haven’t possessed prior to this.

One more blog from Philadelphia and then it’s on to New York as we prepare for a broader sharing of our findings in person in Toronto. More to come!

The National Trust and Faith and the Common Good, are collaborating to offer hope, inspiration and solutions to communities grappling with places of faith at risk. To learn more about this initiative, visit www.placesoffaith.ca. 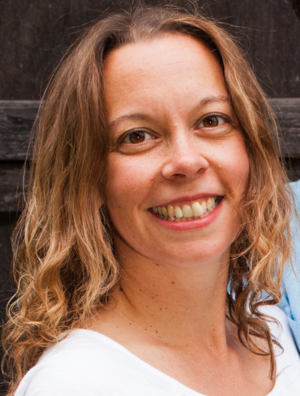 Kendra Fry works on Regeneration Works, a joint project between Faith & the Common Good and the National Trust for Canada that helps faith groups across Canada reconnect with the community at large and fully occupy their positions as Third Spaces (a place to gather that is not work or home).