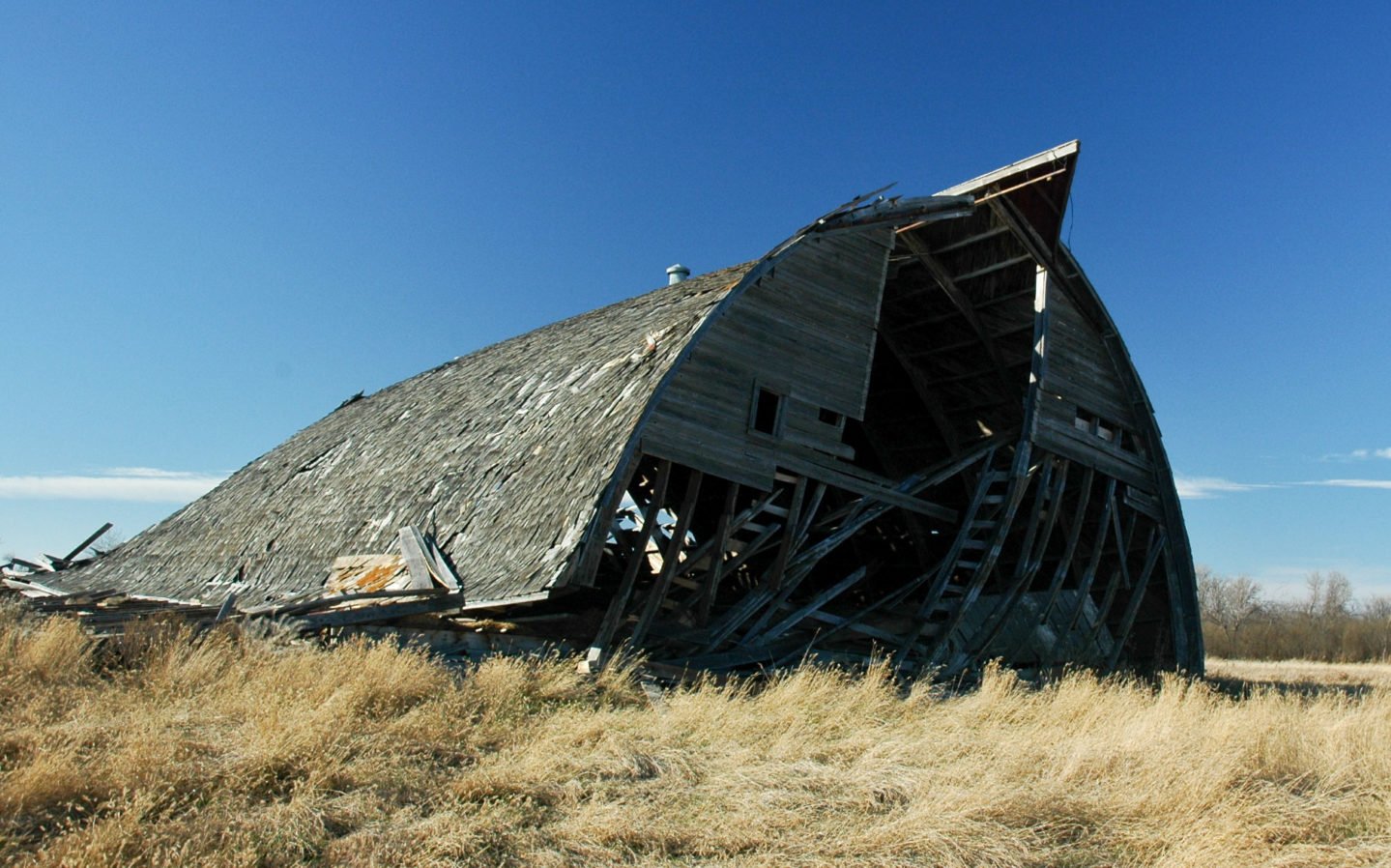 Much of the story of our country is embedded within the posts and beams of old barns. They demonstrate the industriousness of the rural landscape and the importance of farm families to the development of Canada. Prior to World War II, census records show that two-thirds of Canadians lived on farms. No farm was complete without a barn, which served an essential role in animal husbandry as well as crop storage and processing. For many Canadians, there’s a good chance that at some point in time, one of their ancestors milked cows or threshed grain in a barn.

But historic barns are disappearing at an accelerating rate. Once a common sight across our country, today most old barns are deemed obsolete for modern agriculture – too small to adapt to industrialized practices. Adaptive re-use of barns is also challenging: barns are often located far from populated areas, and are large and expensive to maintain. Many in rural Canada will likely encounter barns in perilous situations – neglected, abandoned, falling down. With few specific resources in place for agricultural heritage conservation, the outlook for these iconic structures is not promising.

Yet despite the odds against barns, there are owners undertaking projects to revitalize and restore the barns that matter to them and their communities. 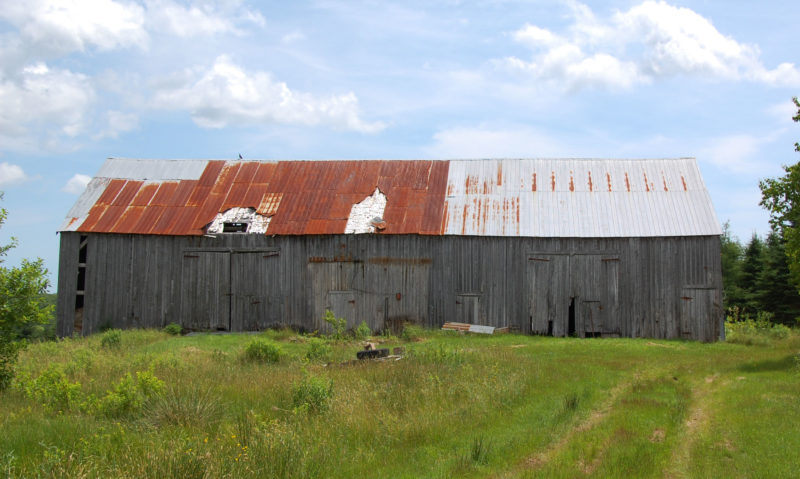 The Cumminger barn in Aspen, Guysborough County, NS, is one of the oldest in the locality. Nearly 90 feet long, it was built in two phases, the first, circa 1835 and the second, in the early 1860s. Although the owner has worked to maintain the building to the best of his ability, it will eventually fall down without major structural work. Photo: Meghann Jack.

Just outside Radville, in south central Saskatchewan, Kim Levee and Tracy Bain have a vision for the future of their barn, one that incorporates the past. Their barn, built around 1911, was originally a lumber shed for a business in what is now the ghost town of Brooking. In the 1920s, it was moved 16 kilometres to what is now the Levee farm, where it began a new life as a dairy barn.

By the 1970s, the dairy operation had ceased, and the farm moved to growing grain exclusively. The barn’s only use for the next few decades was as a repository for old junk and miscellanea. The couple were inspired by a visit to Nova Scotia in 2007 where they witnessed the potential for agri-tourism. Tracy recalls that “every second place seemed to have something to offer to passing motorists, and part of the attraction was the old, restored buildings.”

The couple had a dream of starting a U-pick Christmas tree farm, but they needed a venue for visitors. Rather than building new, they decided to tackle the project of adapting their old barn. To date, they have spent $80,000 on the barn to transform it into a Christmas tree store, and anticipate another $10,000 before it is complete. Although a substantial investment, they argue it is still far less than the cost of erecting a new building to meet their requirements – and the old barn offers an historic and attractive component to their agri-tourism operation that a modern structure would not. Kim and Tracy are unsure whether their Christmas tree business will repay the work they put into the barn, but they nevertheless see the economic value in the heritage of the building. As Tracy explains, “When we sell a tree, we’re not really selling a Christmas tree. We’re selling an experience, and I think the barn is a big part of that.”

Without doubt, part of the attraction of barns for many is their deep associations with history and memory. Full of grit and character, they represent hard work but also a mostly vanished way of life – one where Canadians were close to their food source. In Kim’s words, when explaining the choice to adapt rather than build new, a new barn just “hasn’t got the nostalgia when you’re done, and that’s worth something.”

In fact, barns can be sensitively adapted for farming uses beyond agri-tourism initiatives. A pilot study in the United States by America’s National Trust for Historic Preservation and Successful Farming magazine in 1988 revealed that old barns could indeed accommodate mass production strategies, with participating farmers spending on repairs and retrofitting as little as a third of what building new would have cost them. With a bit of investment in proper maintenance and modification, traditional barns can continue to be useful for hay and equipment storage, horse stabling, modest dairy or beef herds, as well as small livestock rearing.

Sustainable agriculture practices also present a potential partnership for the regeneration of historic barns. For small-scale, mixed, and community supported farming initiatives, a traditional barn is an ideal asset. The designs of traditional barns have the benefit of being developed over many generations of trial and error, all with a view to convenience and durability in mind. They offer advantageous floor plans, coupled with a quality of craftsmanship that complements the local and place-based values of the slow food movement. 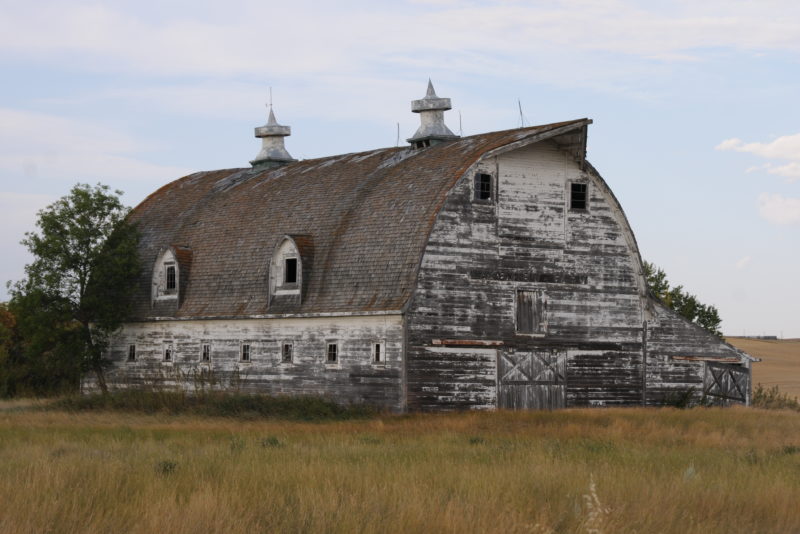 A common sight in southern Saskatchewan’s rural landscape are barns like this one, near Ceylon, SK, which have no prospect of restoration work. An impressive structure with Gothic features, this barn is part of an abandoned homestead and its long-term fate is uncertain. Photo: Kristin Catherwood.

The Carles family, also Radville-area farmers, have recently completed a 20-year restoration project on their historic barn. When the building was no longer agriculturally feasible, save for storage, the continued costs of maintenance were hard for the family to justify. Nevertheless, Roland, his wife Darlene, as well as their children and grandchildren, were determined to save the building at the centre of their farmyard as a symbol of the family’s deep roots in rural Saskatchewan.

“Every farm had a barn,” remarks Roland. “The problem with these barns is there’s no use for them anymore,” continues Darlene. While the Carles’ had considered repurposing the barn as a machine shed, they were reluctant to destroy the interior layout of stalls and hayloft. “We figured if we’re fixing it up, we might as well have it original looking,” explains Roland.

The restoration of the barn – from a new concrete foundation to a new roof, and everywhere in between – could be called a labour of love. Over the past 20 years, the Carles family estimates they have spent around $25,000 on the barn – mostly on materials, because Roland, his son Carey, and now some of his grandchildren have done the majority of the work themselves. But when asked why he went through all the trouble and expense to do this, Roland’s answer is simple: “Because barns are just disappearing.”

Barns hold meaning not just for individual farm families, but for the wider rural community too. Diverse in their form and appearance, barns are significant because they help define local distinctiveness and sense of place. Any traveller along the rural roads of Canada will understand their profound visual impact. For instance, when Hardy Eshbaugh, who lives in the small community of Waternish, in Guysborough County, NS, faced the ultimate question of what to do with his two dilapidated 19th century barns, he decided they were worth the expense of maintaining because they mattered not just to him, but to the community as a whole. Running parallel to the road, the large, striking barns emerge suddenly as you round a turn.

“Anybody who drives through this part of this county knows those double barns. They are a landmark,” Hardy explains. “The farthest barn was collapsing. It would have been gone in a year or two.” Had the barn disappeared, it would have irrevocably changed the look and feel of this small rural community. For rural places such as Waternish, that have already lost their shops, post offices, and other landmarks, barns become the defining features on the landscape. Thanks to Hardy, the twin barns have been stabilized through extensive structural work as well as exterior restoration – an enduring legacy for the community. 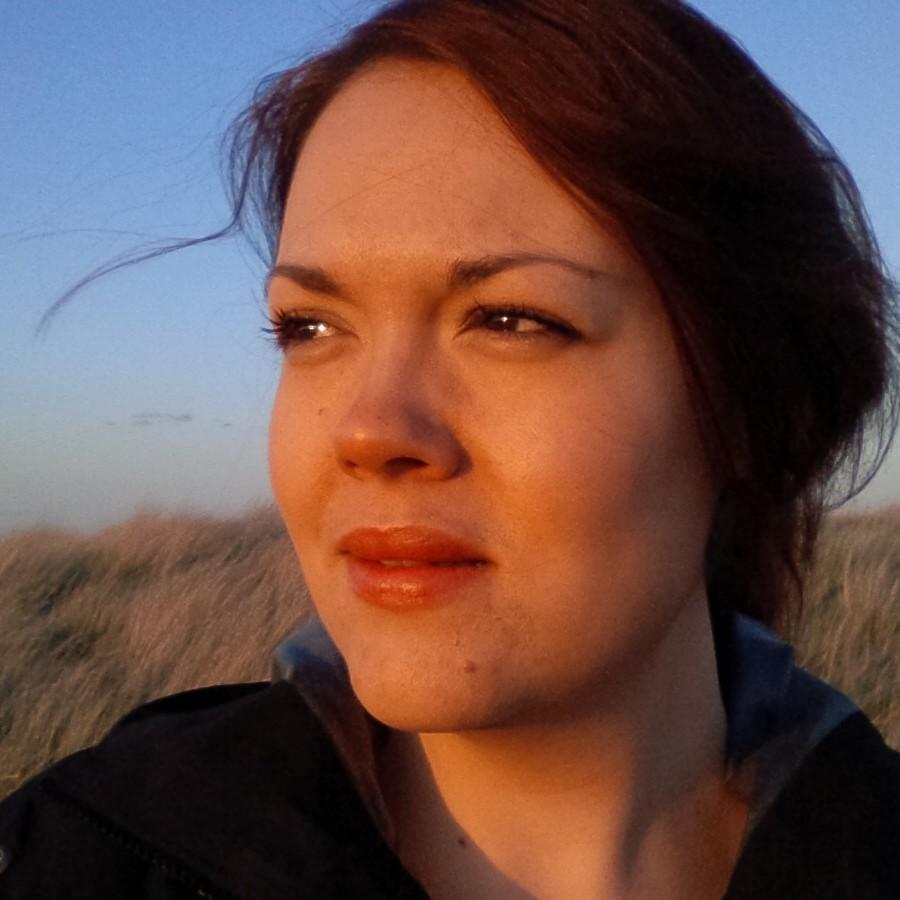 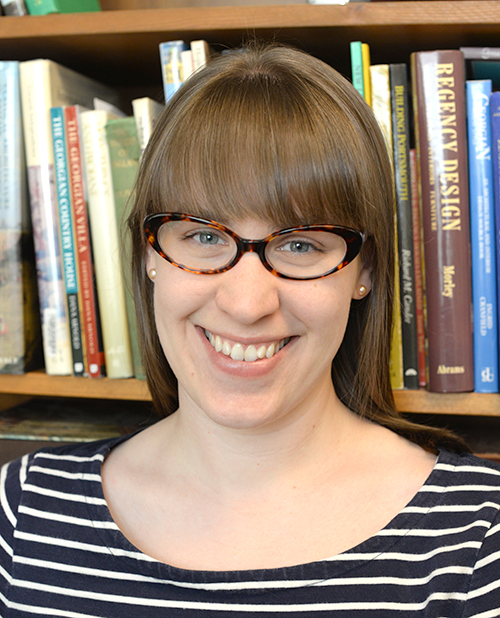