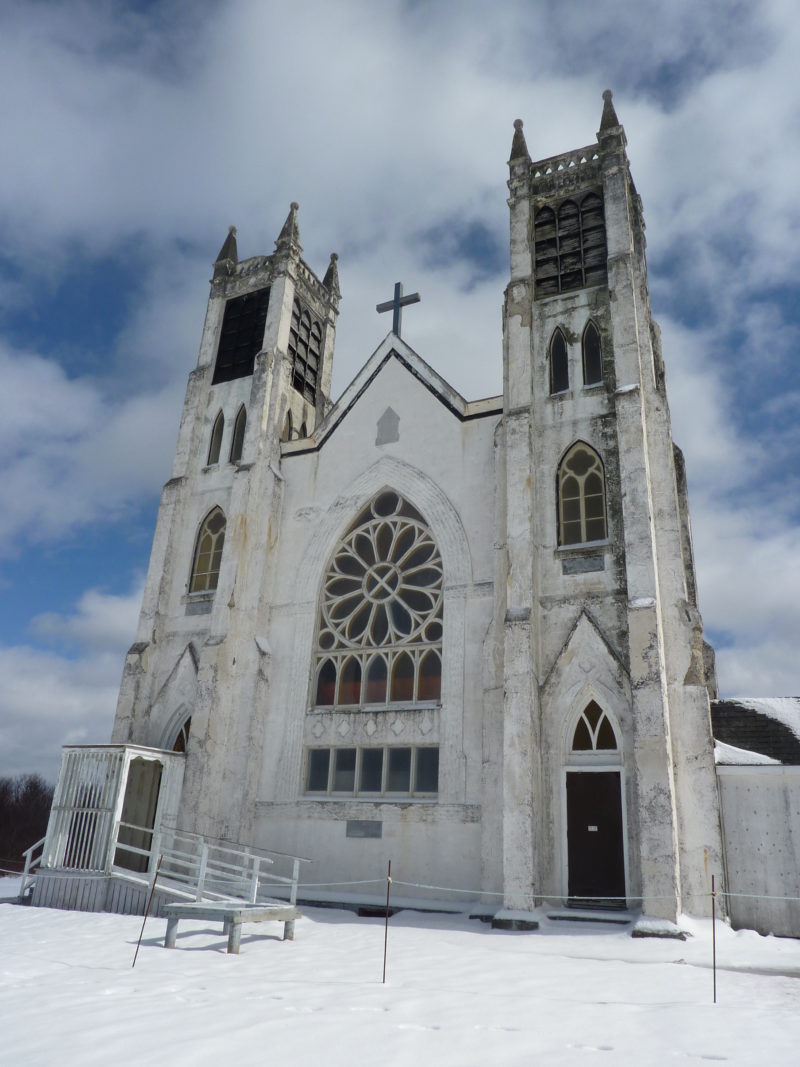 A bright future ahead for Cape Breton’s Stone Church

Five years of perseverance paid off for a local group working to save the St. Alphonsus Roman Catholic Church in Victoria Mines, NS.

The Stone Church Restoration Society has finally become the owners of the church after overcoming years of hurdles and delays. When the Diocese of Antigonish made the decision in 2007 to amalgamate six churches into a single parish, the future became highly uncertain for St. Alphonsus in 2014 after a demolition permit was issued. That’s when Melanie Sampson and a group of dedicated volunteers established the Society and began working to save the church.

“This place is too important to our Cape Breton history – we can’t just let it disappear,” said Sampson.

Known locally as the Stone Church (though it’s a concrete structure!), St. Alphonsus is truly a landmark on the Sydney Harbour: its white silhouette cuts dramatically against the sky and, for generations, it has welcomed ships as they enter the harbour.

The church, which was included in the National Trust’s Top 10 Endangered Places List in 2014, is also an intangible landmark in the hearts of the community, a deep attachment that has kept the Stone Church Restoration Society going strong, successfully convincing the diocese to postpone the demolition of the church in order to have time to raise enough money to buy the property. While two of the other churches in the diocese were demolished, Melanie and her team of volunteers stepped up their fundraising efforts and by August of 2016, they had raised the $40,000 needed to purchase the church. That same year the group received our inaugural Launch Pad Coaching Grant, where they received free coaching on implementing their vision for the site. 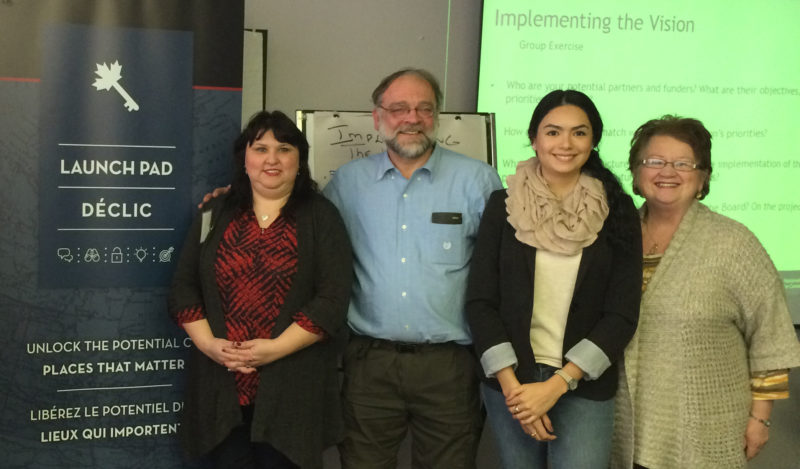 Money wasn’t the last hurdle the team had to clear. The property’s two cemeteries are to be retained by the diocese, and so the site needed to be surveyed and legal documents had to be prepared and approved both by the diocese and by municipality.

While the ownership transfer was in limbo, the building remained unheated and wasn’t maintained. After two harsh winters, small leaks in the roof became critical, and with little funds to pay for the work themselves, the team called in the army – literally! In the fall of 2017, Canadian Forces engineers from CFB Gagetown used the site as a training opportunity and replaced the failing shingle roof. The soldiers could have also undertaken other much-needed repairs to the building’s heating and electrical systems, but they were not granted access to the interior of the building because ownership was still with the diocese.

Even with the deed in hand, hard work still lies ahead for the Stone Church Restoration Society, but given their track record, Melanie and her team are well underway, and the National Trust looks forward to seeing the community once again gather for events at this great landmark.

“We’re so thankful for everyone that has believed in us and supported our work over these years,” said Sampson. “Once heritage is destroyed, you can’t get it back, and this is a strong piece of Canadian history.”

Last fall, the National Trust awarded Melanie and her team a special Governors’ Award in recognition for their work in saving the church. Their strategy of patience and perseverance deserved recognition on a national stage. And, we love a good underdog story!