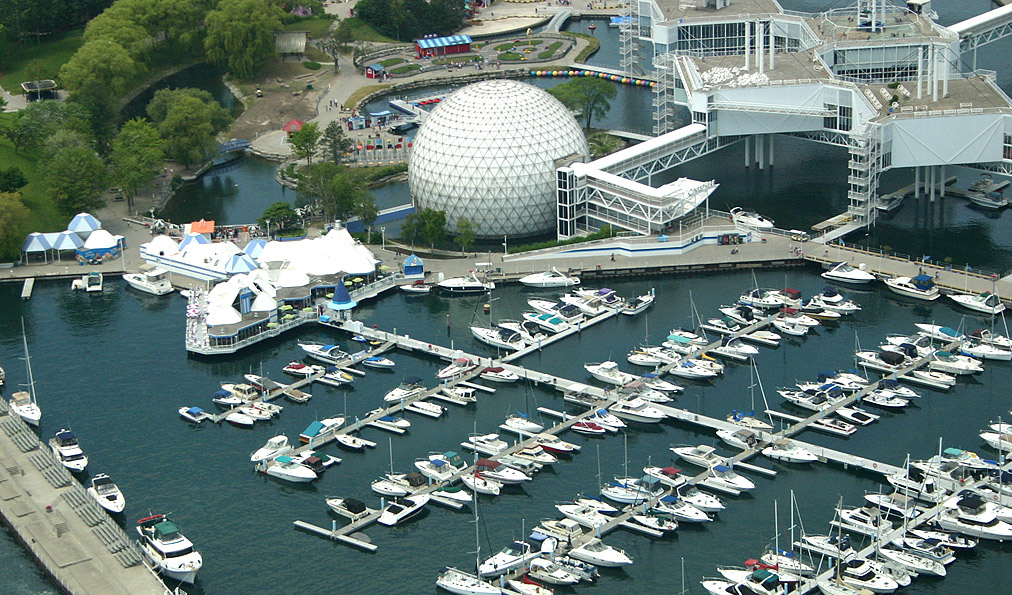 An internationally renowned modernist urban waterfront park has been partially shuttered with no legal protection for its heritage elements, pending a major redevelopment.

A considerable engineering feat, Ontario Place was considered a futuristic architectural marvel when it opened in 1971. It was designed by one of Canada’s most notable landscape architects, Michael Hough and RAIC gold medalist, architect Eberhard Zeidler. The values of Ontario Place survive in its continued recreational use, park-like waterfront setting, the Cinesphere (a spherical triodetic dome housing Canada’s first IMAX theatre), and its monumental interconnected mast-hung pavilions with bridges and platforms suspended over the water. Together they formed a singular cultural landscape that expressed the avant-garde architectural ideas of the time, including diverse influences such as Archigram, the Metabolists, Pop Art and Expo 67.

In early 2012, citing financial concerns and declining attendance, the provincial government announced the immediate partial closing of Ontario Place pending a major redevelopment to be completed by 2017. An appointed advisory panel responsible for leading the rehabilitation is taking a “paper is blank” approach where “nothing is off the table.” Without any statutory protection, Ontario Place’s unique cultural landscape with its iconic structures and interconnected design components—that led to its listing on the Docomomo International Selection of buildings, sites and neighbourhoods of the Modern Movement—is at risk. There are no conditions on what the panel can consider, including leveraging private capital for commercial, retail and residential waterfront condo development on what has been called some of the most expensive land in North America.

In early June, the advisory panel recommended against using the site for a new Toronto casino. The province intends to begin an international competition later this year on future plans for Ontario Place with a focus on commercial, retail, residential, recreation and entertainment uses. Heritage Toronto and the Architectural Conservancy of Ontario have raised the alarm about the risks to this important cultural landscape, and the “Save Ontario Place” Facebook group has been growing daily.

Update 2015: On July 31, 2014, the province announced that it is moving forward with its “long-term vision to revitalize Ontario Place into a vibrant destination that engages residents and visitors of all ages.”

The government’s vision proposes a mix of indoor and outdoor features including an area for community events, cultural activities, and festivals, a waterfront trail, and a waterfront promenade lined with stores and restaurants. It also makes special note that there is no planned residential development for the site. More importantly, the government has announced that a number of heritage attributes, including the Cinesphere and pods, will be conserved “as an important part of the site’s cultural heritage.”
The province has also added Ontario Place to the list of prescribed public bodies under the Ontario Heritage Act, making it subject to the Standards and Guidelines for the Conservation of Provincial Heritage Properties.

The first phase of construction of the urban park began in early 2015. 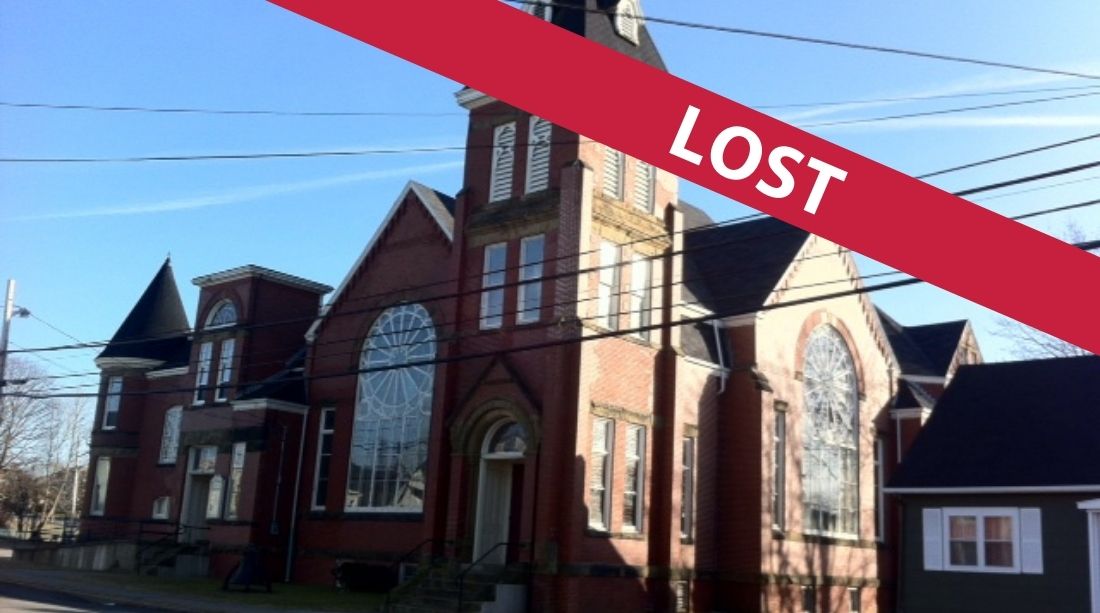 CLOCK IS TICKING FOR IMPORTANT TOWN LANDMARK A part of the Yarmouth community for nearly 115 years, this unique church...