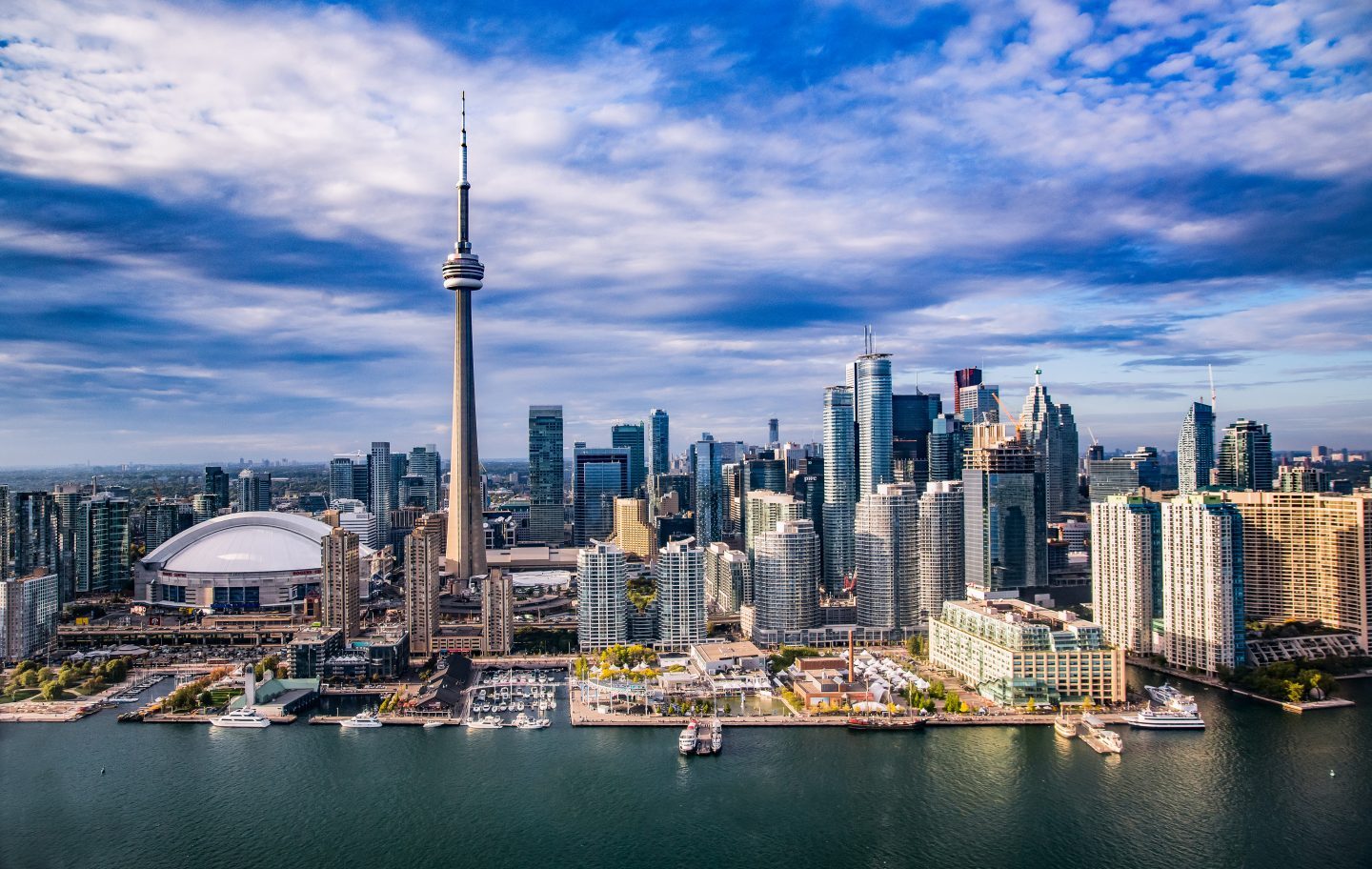 OTTAWA, ON, April 25, 2017 – The National Trust for Canada, in partnership with the Royal Architectural Institute of Canada (RAIC), announces the Ontario Place Cinesphere and Pods and the CN Tower as recipients of the 2017 Prix du XXe siècle – recognized for their enduring excellence and national significance to Canada’s architectural legacy.

Ontario Place’s dramatic structures by Toronto architect Eberhard Zeidler made the waterfront park an instant landmark.  Completed in 1971, the Cinesphere (known as “the Bubble”) is a 35-metre-wide dome made from steel and aluminum tubes that housed the world’s first permanent theatre for IMAX technology. A bridge-like suspension structure elevates the five inter-connected Pods over Lake Ontario. The Pods were first used to host a multimedia exhibition but were designed to be flexible and accommodate different functions. At the most basic level, each Pod is a three-storey box, encompassing 8,000 square feet.

The jury, comprised of distinguished heritage conservation scholars and architects, noted that the Cinesphere and Pods emulated for Toronto the great architectural and social success of Expo ‘67 in Montreal. “While the Cinesphere and Pods no longer house the functions they were originally designed for, they still exhibit the strong design presence they did when first completed,” noted the jury. “They realize, in tangible physical form, some of the most ambitious Utopian architectural ideas from Europe and the United States of the 1960s.”

Rising 1,815 feet and five inches above the Toronto skyline, the CN Tower once held the title of the world’s tallest free-standing structure. Completed in 1976, the Tower was originally conceived as a telecommunications facility to serve Toronto and the surrounding region. Webb Zerafa Menkes Housden Architects and John Andrews Architects International worked with engineers and contractors to design and build the structure.

The jury citation noted the Tower is one of Canada’s most iconic structures and wrote, “The CN Tower is an incredible achievement of Canadian engineering and construction that pushed the boundaries of concrete technology.”

“What a pleasure to see these iconic places recognized,” said the National Trust’s Executive Director Natalie Bull. “They perfectly reflect the intent of the Prix du XXe siècle to bring national attention and understanding to the heritage of the modern movement in Canada, and to recognize places that express our design achievements as a nation.”

“This year the Prix du XXe Siècle celebrates combined achievements in both architecture and engineering design quality,” said RAIC President Ewa Bieniecka, FIRAC. “Both these projects deserve accolades for innovation. For the past four decades, these iconic places have captured the imagination and provided joy to their visitors”.

The National Trust and RAIC bestow the Prix du XXe siècle to promote public awareness of outstanding Canadian architecture and landmark buildings of the 20th century.

The jury members were: Julia Gersovitz, FRAIC, founding partner of EVOQ and adjunct professor at McGill University School of Architecture, George Baird, FRAIC, architect and former Dean of the John H. Daniels Faculty of Architecture, Landscape, and Design at the University of Toronto, and Michael Heeney, FRAIC, principal architect for Bing Thom Architects in Vancouver.

The Prix will be presented at the RAIC/OAA Festival of Architecture taking place May 24 to 27 in Ottawa. Recipients will also be acknowledged at the National Trust for Canada’s national conference and awards event in Ottawa on October 13.