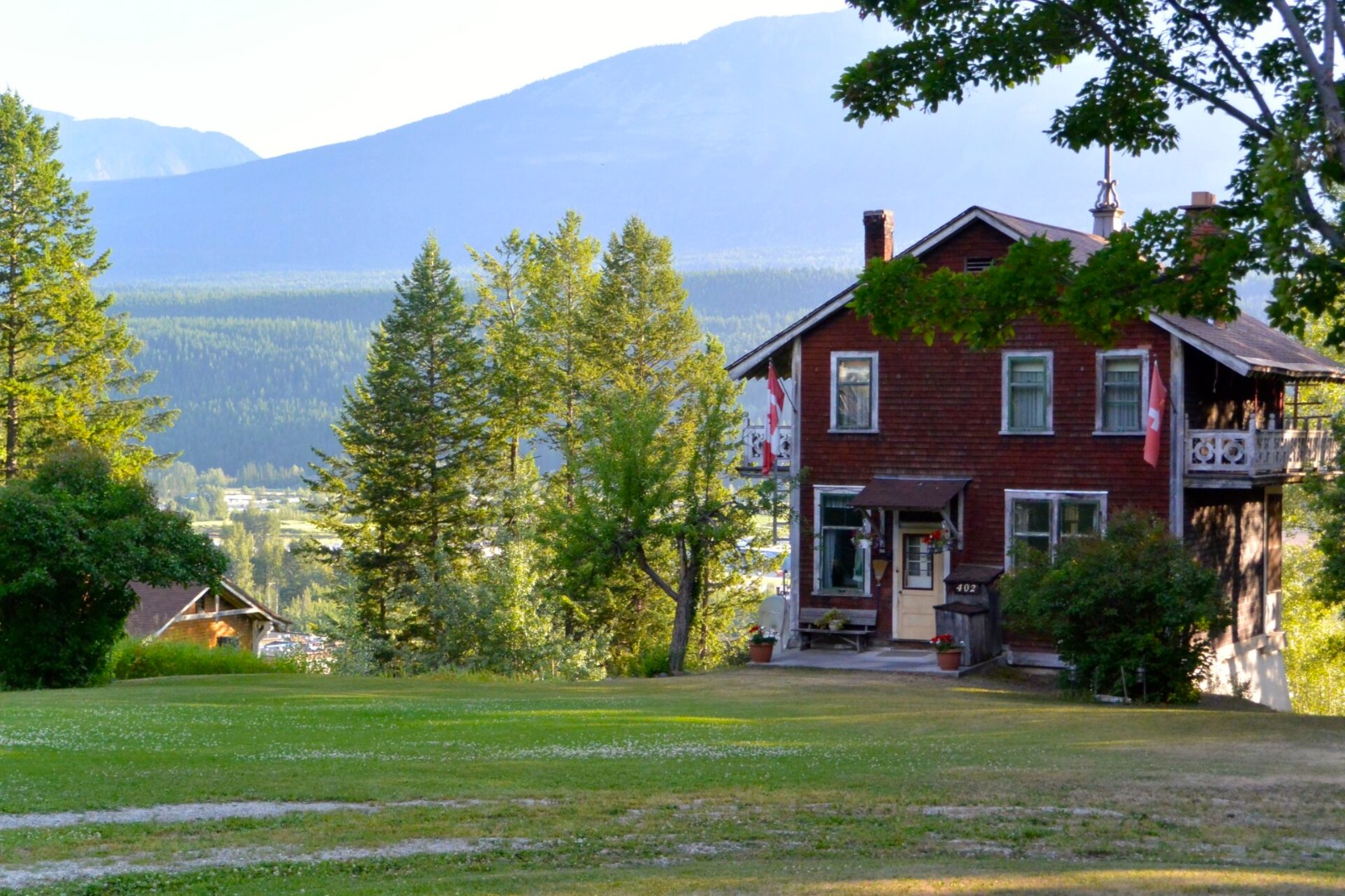 Perched on a mountainside on the outskirts of Golden, BC, a cluster of six historic Swiss-style cabins has rapidly attracted a national and international following, with media attention from as far away as the UK and Poland.

Edelweiss Village is currently up for sale and at risk of demolition. The ongoing advocacy for the future of the Village led by members of the Swiss Edelweiss Village Foundation and Golden residents is a testament to the power of the stories woven into heritage places, and the incremental successes that creative, sustained advocacy efforts can gather over time.

The Edelweiss Village, built between 1910 and 1912, was the historic home base of the legendary Swiss Guides who introduced European-style hiking and mountaineering to the Canadian Rockies in the early 20th century. Steeped in the vibrant mountaineering tradition of the Swiss Alps, the certified guides were brought to CPR hotels in the Rockies beginning in 1899 to guide and to teach safe climbing techniques following the 1896 climbing death of Philip S. Abbot on Mount Lefroy. Between 1899 and 1954 the Swiss Guides led hundreds of “first ascents” on peaks, and profoundly shaped the now world-famous mountain culture in Western Canada. 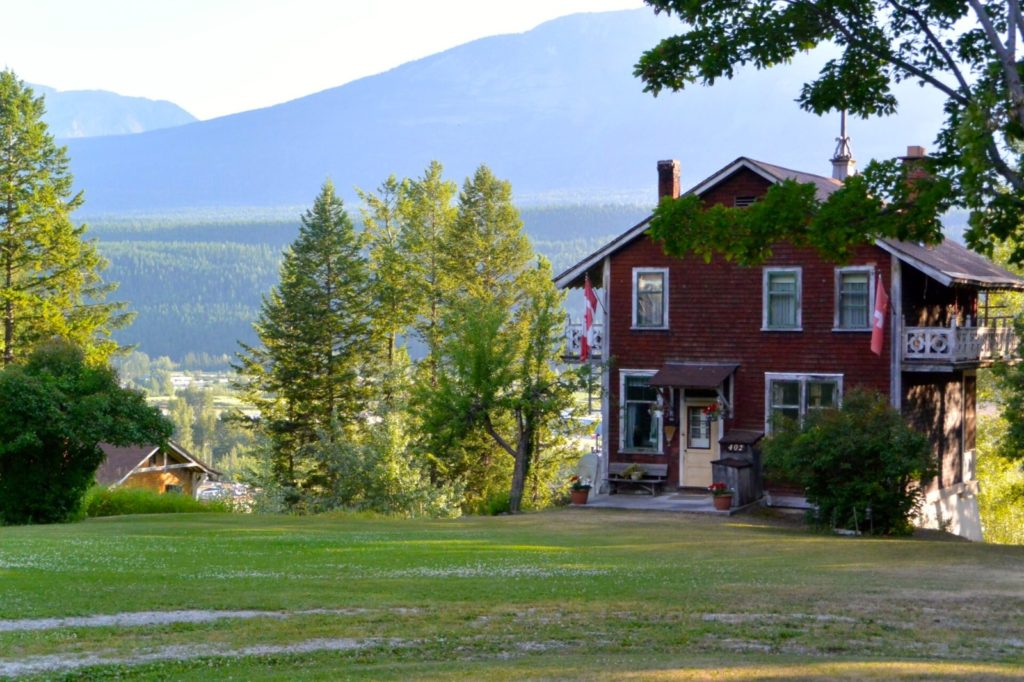 The Edward Feuz Chalet at the Swiss Edelweiss Village outside Golden, BC.

The houses themselves are eclectic testaments to the cross-cultural interplay of Swiss-Canadian heritage. Remarkably intact, the wood and stucco two-storey houses feature intricate bargeboards, half-timberwork, and ornate balconies loosely interpreting the Swiss Chalet style. The interior of one of the chalets has been kept entirely original, including furniture and fittings.

Since early 2021, the 50-acre Edelweiss Village property has been for sale for $2.3 million. The current owners are descendants of one of the original guides who lived in the village and are interested in its preservation, but the Golden area is a thriving mountain tourism center experiencing strong development pressure, and the large Village property presents significant development potential. Moreover, the Village is located just outside the Town of Golden in the Columbia Shuswap Regional District, a rural district with no heritage bylaws in place and consequently no mechanism for heritage designation. The reality is that the Edelweiss Village could be sold at any time to a buyer solely interested in demolition and re-development. The Golden heritage community faces a race against time to save this extraordinary cultural landscape.

Leading the charge for the preservation of this extraordinary cultural landscape is the Swiss Edelweiss Village Foundation, a creative and energetic grassroots advocacy group formed in 2020 and led by Dr. Ilona Spaar (author of Swiss Guides: Shaping Mountain Culture in Western Canada (2010)) and Dr. Johann Roduit, who moved to BC from Switzerland. In a July 2022 CBC article, Roduit expressed shock at the limited heritage protections available: “I was kind of surprised. How can such a heritage site be sold? I’m coming from Europe [and] I’m thinking of old monuments [there] – you’ll never have heritage sites for sale.”

A wide range of local groups and individuals – including the Mayor of Golden, Golden Museum & Archives, Tourism Golden Association, the Consulate General of Switzerland in Vancouver, and the Organization of the Swiss Abroad – have expressed support for ensuring the future of the Village. In March 2022, the National Trust added the Edelweiss Village to its Endangered Places List, bringing further national attention. “The National Trust Endangered Places listing was very helpful in raising profile,” says Spaar. “It has been tremendously helpful for our lobbying, awareness-raising and fundraising work.” 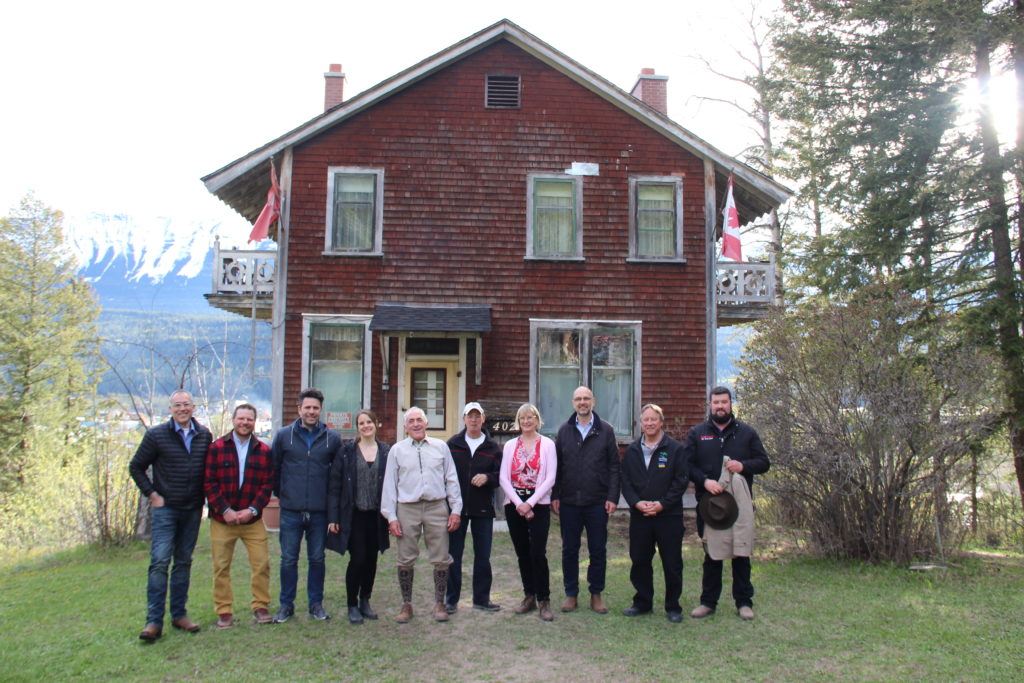 Board of Directors of the Swiss Edelweiss Village Foundation and Friends of the Foundation, May 2022.

With the Swiss Edelweiss Village Foundation’s recent incorporation as a non-profit, Spaar, Roduit and the rest of the Foundation board have been busy crowdfunding to purchase the property with the goal of turning it into an “inclusive, environmentally and economically sustainable heritage tourism site.” In addition to a public crowdfunding information event to raise awareness, the Foundation held strategic meetings in May attracting over 50 stakeholders, including the Swiss Consul General from Vancouver, representatives from the local Métis community, the Mayor of Golden, town councilors and land use planners, and the Golden Chamber of Commerce. The event was offered virtually in English, French, and German. “We got a lot accomplished,” reflects Spaar, “and it really reinforced the power of in-person events for relationship building and gaining momentum.”

One of the hurdles to saving Edelweiss Village is its secluded location. “The property is still not open to the public,” Spaar explains. “The problem is we have created this awareness of the Village and a lot of people want to see the buildings.” Enter Dr. Peter Dawson of the University of Calgary’s Department of Anthropology and Archeology. His project team at the Digital Heritage Archive is working to digitally preserve vernacular heritage sites across Western Canada. With funding from Presence Switzerland (a division of the Federal Department of Foreign Affairs Switzerland), and in-kind support from Golden Tourism and the Golden Museum and Archives, Dawson plans to digitally scan all six chalets, inside and out. The first phase in spring 2022 saw the recording of the Edward Feuz Chalet, and creation of a fly-through of the Village – now online and available here. The goal is to digitally record the rest of the chalets and have them online by spring 2023. 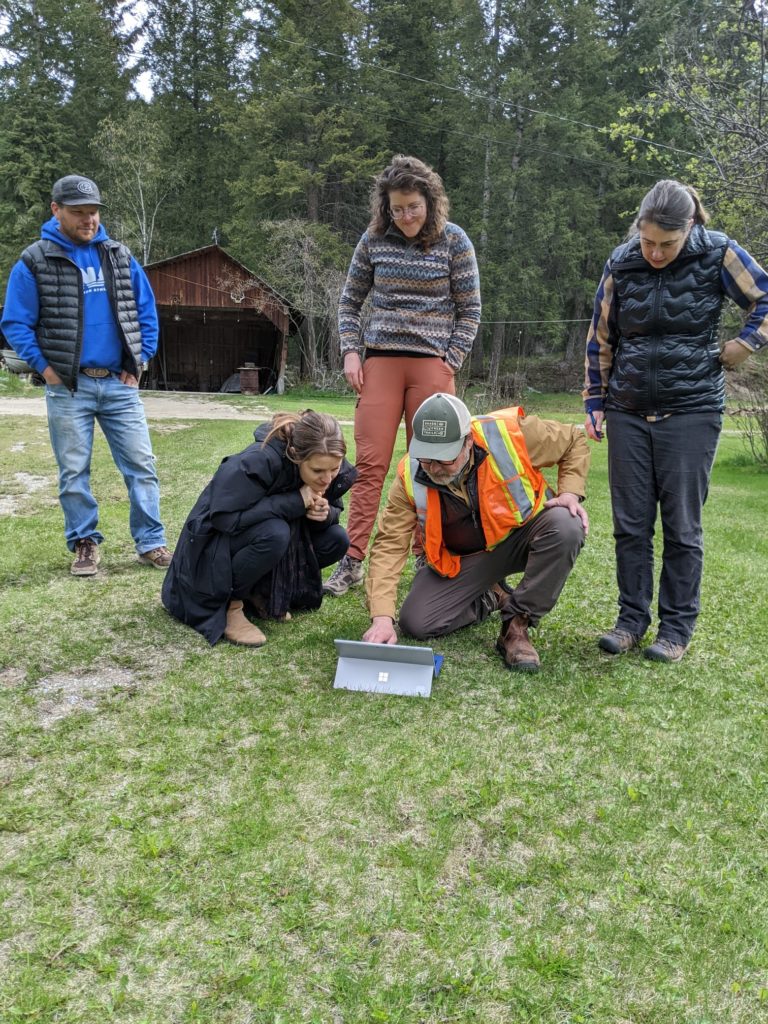 There are several long-range site challenges facing the Foundation. The hillside under two of the six chalets is eroding and they will likely need to be relocated. This is compounded by the fact that road access to the site will need to be improved to enable new potential site uses – work that would likely further destabilize the slope under the two buildings. Perhaps the biggest infrastructure and funding challenge will be installing a new sewer and water system for the Village.

Currently, the main focus for the fledgling Foundation is to purchase the Village and ensure its future. But even this relatively straightforward task has faced barriers. While the Foundation is now a registered non-profit in BC, it doesn’t yet have charitable status, leaving it ineligible for most grant funding. The Foundation board had to get creative with their fundraising strategy. With a goal of raising $100,000 by July 15 in order to secure an offer on the Village property, they set about fundraising through a combination of a crowdfunding platform and an innovative, Swiss Guides art prints sale. “We created these prints after the crypto currency crash happened at the beginning of July,” Spaar explains. “The art sale replaced an anticipated NFT (non-fungible token) fundraiser that was supposed to use blockchain technology and cryptocurrency.” The art on these prints was loosely inspired by the historic Swiss mountain guides, and was created by three emerging volunteer artists (Yoqui Zheng, Deanna Cutrone and Joel Vanderpol). While the fundraising drive fell short of their goal, with slightly over $30,000 raised, the work continues to purchase the Village, a potent symbol of the Swiss Guides in the Canadian Rockies. The Foundation team is actively exploring the possibilities for public or private partnerships, and ways to leverage its compelling story to sustain public attention.

Meanwhile, the national heritage value of Edelweiss Village has only continued to grow in recent days. The original residents of the Edelweiss Village were key figures in the construction of the renowned stone Abbot Pass Hut (elevation 2,925 metres) in 1922 in Banff National Park. Erected in a rocky saddle between Mount Lefroy and Mount Victoria, the Hut is named after Philip S. Abbot whose death led to the arrival of the Swiss Guides. Recognized as an “enduring monument” to the Swiss Guides when it became a National Historic Site in 1992, Parks Canada reluctantly took down the iconic Hut in summer 2022 in response to the overwhelming destabilization of hut due to climate change. Edelweiss Village, now, is one of the strongest remaining links to the golden age of Western Canadian mountaineering and its cross-cultural Swiss-Canadian heritage – and its future hangs in the balance. 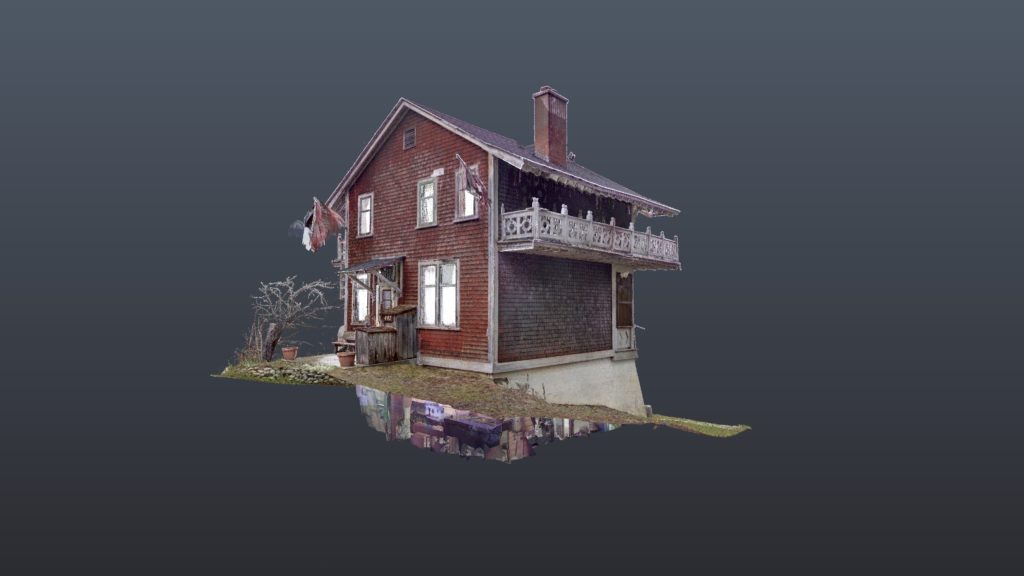 Image from the 3-D model of the Edward Feuz Chalet created by the University of Calgary.