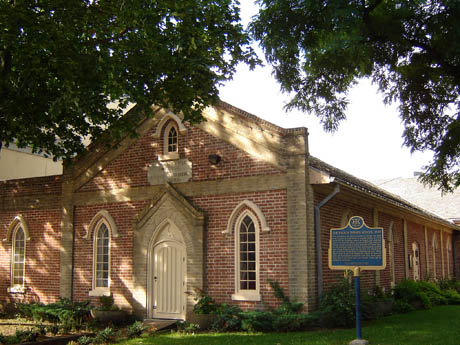 The Enoch Turner Schoolhouse is the oldest school still standing in Toronto. Originally a one-room school named Ward Street School, it was established in 1848 by Enoch Turner to educate the children in his neighborhood: Corktown.

Ward Street School was the first free school in Toronto, and helped pave the way for the development of a provincially supported free school system.

The schoolhouse was threatened with demolition in the late 1960s. The Enoch Turner Schoolhouse Foundation was established in 1971 to protect the schoolhouse and raise funds for its restoration.

Ontario Heritage Trust took ownership of the schoolhouse in March, 2008. Extensive interior and exterior renovations allowed it to be opened as a living history public museum site and a conference and reception centre.

The Market Gallery animates the second floor of the South St. Lawrence Market which encloses all that remains of Toronto’s...

Spadina Museum offers a glimpse of Toronto during the 1900-1930 period through the lens of the Austin family. The museum...